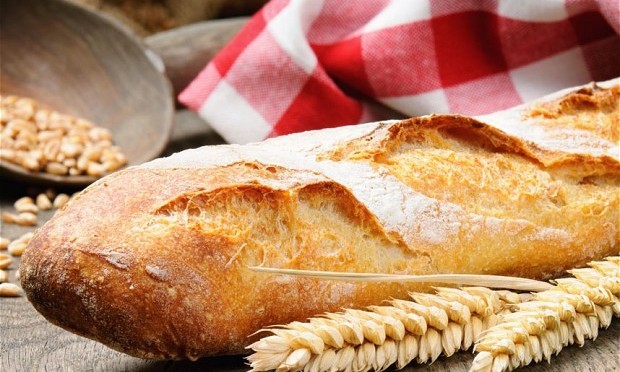 France without "baguettes" is impossible! Cozy to the bakery to buy that delicious long bread. There is no bag where it fits, although there are now special packages for this popular bread. So ... but under the arm and back home! A well-known street scene in France!

Regardless of the time of day, a meal without bread is not complete in France. That also explains why 10 billion baguettes are sold annually in France!

The Frenchman does not eat the baguette anymore if it is older than 4-5 hours ... They just go to the bakery twice a day to have fresh bread. At breakfast a delicious piece of bread to soak in a "round the cafe" is the ultimate start of the day for the French.

Origin of the baguette

The Dutch name for baguette is "baguette" (the stick). It dates from the 19th century and the method of preparation is originally from Austria .... The baguette does not take its name from its long appearance. At the beginning of its creation a long string of dough was wrapped around a stick and hung over the fire and baked.

The standard weight of a baguette is 250 gr. and many variants are already available, e.g. "Petit pain", a short format and the so-called "flute" a double-wide and heavier version.

For the French, the baguette is an indispensable product with the meal. Often a piece of bread is used to dab the juice off the plate, but also to neutralize the taste.

Baguette in a restaurant in France

A baguette is served in every French restaurant. And when the basket is empty, it is simply replenished. Bread is an important part of the meal, so no waiter who looks strange when you hold an empty basket somewhere halfway between appetizer and cheese plate. And that second basket costs nothing extra, bread is included with the couvert. French people eat bread during the meal and not before. So ask a basket and that empty food before you have ordered, that is crazy in France.

Break or cut a baguette?

If you are at home with French friends for a meal à la bonne franquette (informal dinner or lunch) it is possible that the baguette is uncut on the table. In that case everyone breaks off his own piece, just with the bare hands. You do not have to use your knife for the piece of bread that you put next to your plate during the meal.

Abort the tip during messages

Just look around the street: not all freshly bought baguettes save it undamaged. A widespread French habitude is on the way breaking off the butt (le quignon) of the baguette. In France, no one is surprised if you can not resist that temptation. But if guests are waiting for you at home, it is of course crazy to come in with a broken bread.

France is inextricably linked to this tasty stick .......

Make your choice now where you will enjoy it >>