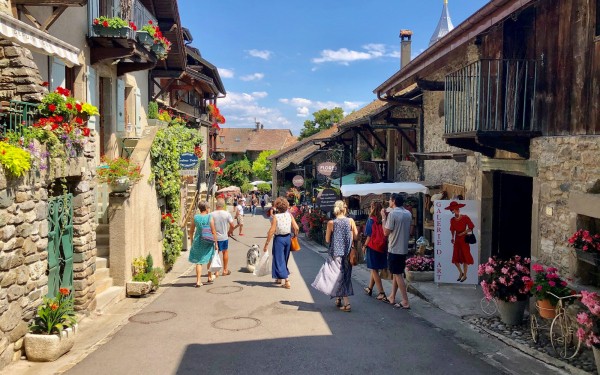 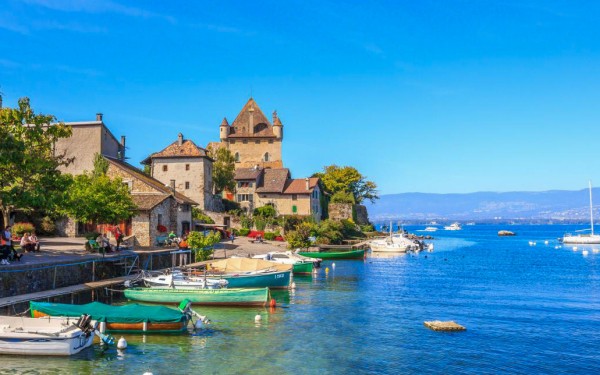 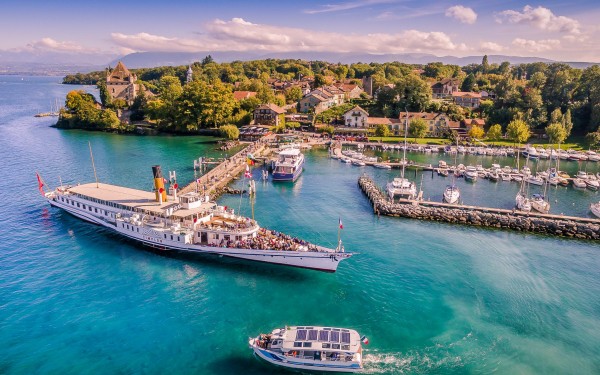 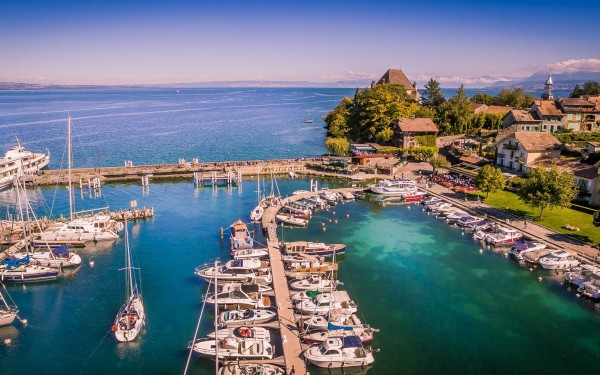 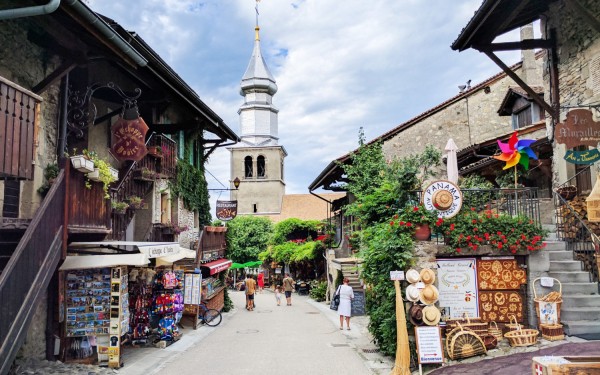 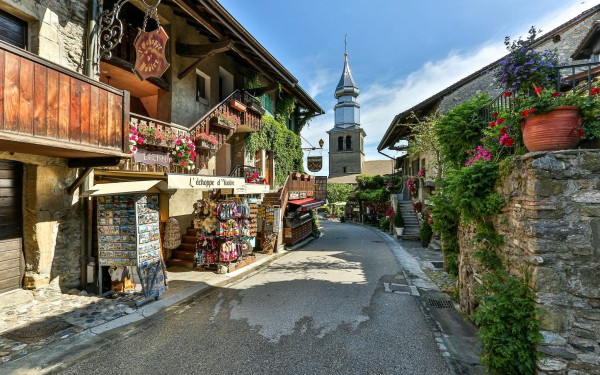 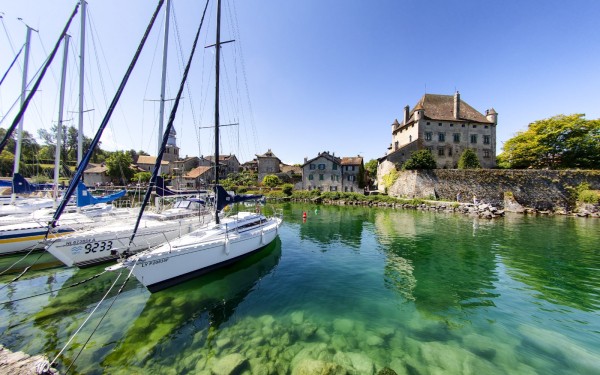 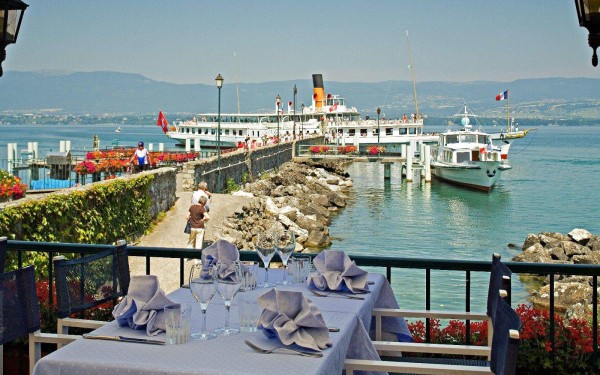 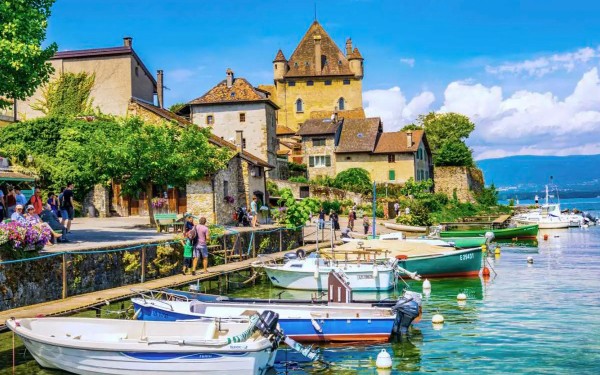 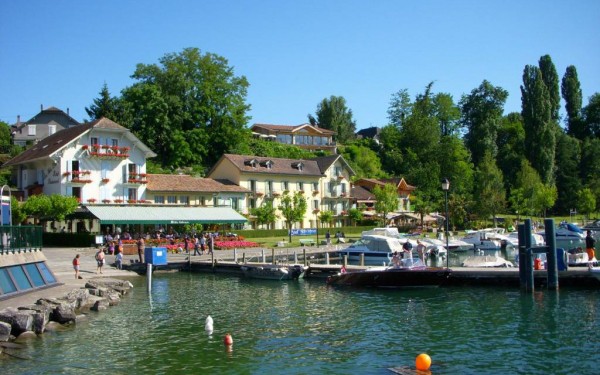 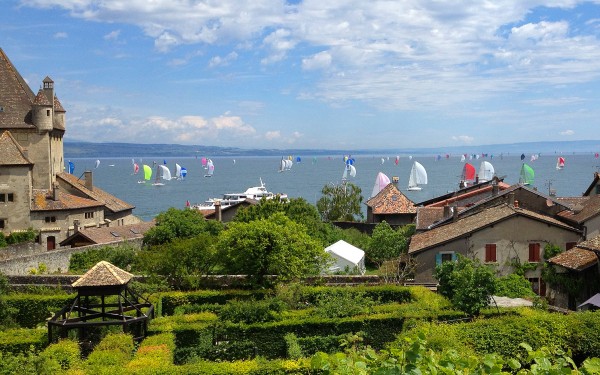 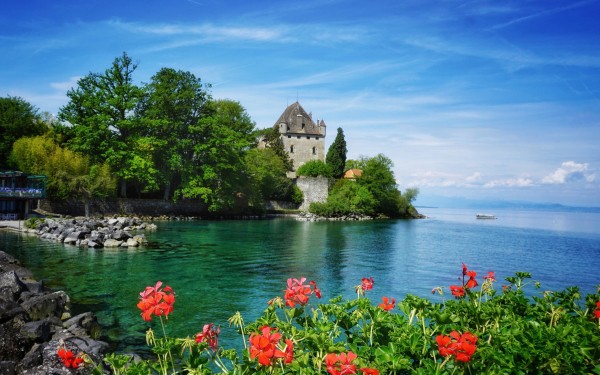 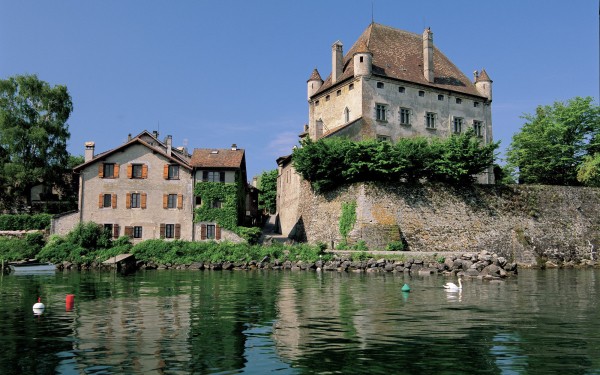 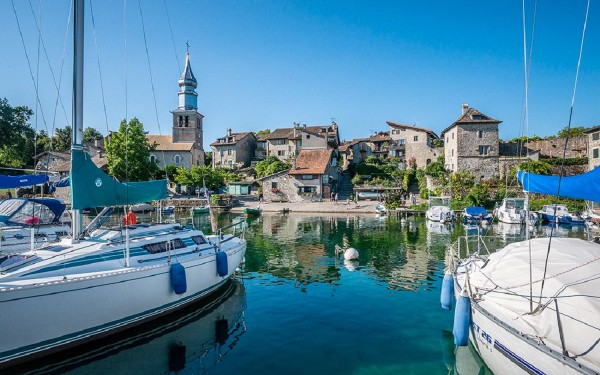 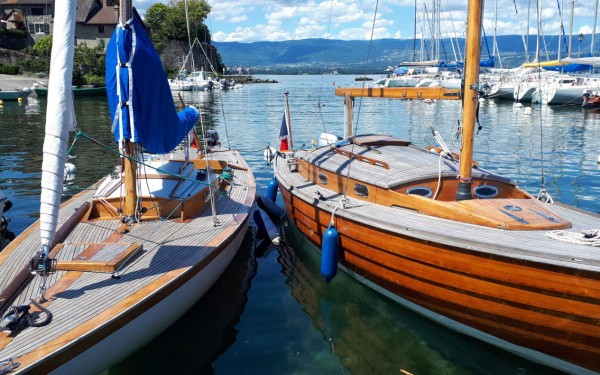 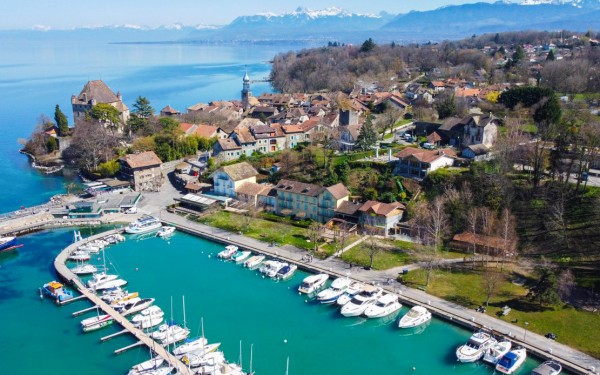 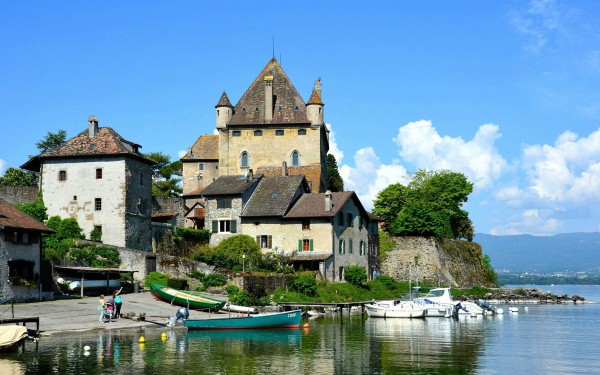 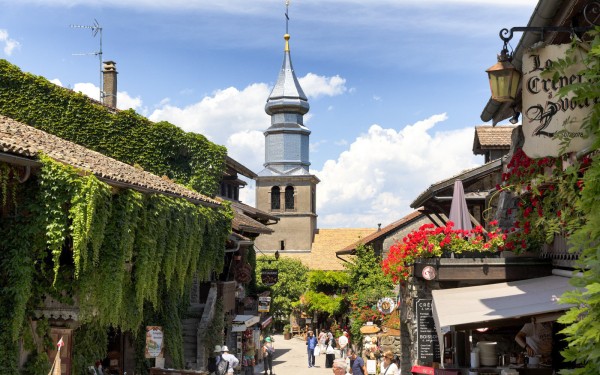 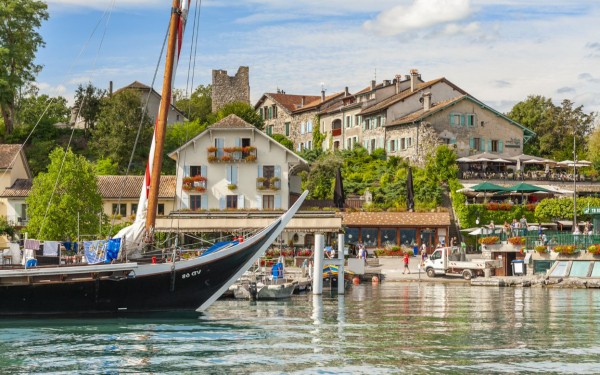 On the southwestern shores of Lake Geneva, between Geneva and Thonon-les-Bains and on the French side, lies a beautiful medieval village called  the village of Yvoire. It is located on the tip of a peninsula, which is why it also had an important strategic position in earlier days. From this peninsula, the whole of Lake Geneva could easily be seen.
In the twelfth century, a castle was built on this peninsula. A small village soon arose centered around the castle. To protect this village, a defensive wall was built around it. The Count of Savoy, Amédée V, decided in the fourteenth century that Yvoire should become an impenetrable fortress thus leading to more defenses being built. Due to this almost untouchable position, the village has retained its original character over the centuries.
The medieval village of Yvoire  is now known as one of the most beautiful villages in France (Les Plus Beaux Villages de France).

Visit medieval village during your holiday

It is worthwhile visiting this village during your holiday in France. It is situated beautifully by the water and has a stunning backdrop of the gigantic mountains. As soon as you enter through the gates of the village it becomes completely clear why it belongs to one of the most beautiful villages in France, picturesque streets and medieval houses covered with colorful  plants, flowers and shrubs. Yvoire has even received international awards for its floral wonderland.
In the narrow streets of the village you will find little shops, art and crafts studios, souvenir shops and shops selling local products. The cozy terraces invite you to take a rest and enjoy a cooling drink during hot summer days .

Castle and history of Yvoire

The castle of Yvoire, with its foundation in Lake Geneva, is also worth a visit. The castle has its own harbor where you can enjoy observing yachts during beautiful summer days. There is also another port a little further away.
The medieval village provides guided tours to tell you all about the history of Yvoire  and its strategic location on Lake Geneva. Information including, for example, that the fortified gates of Nernier and Rovorée date from the 14th century and the Savoyard family Bouvier d'Yvoire  has lived in the castle since the 17th century. Another remarkable building in the village on Lake Geneva is the Saint Pancrace church. This was built in the 13th century and given a spherical bell tower half way through the 19th century.

The Garden of the Five Senses is inspired by and based on the medieval past of  Yvoire. Medicinal and aromatic herbs are grown here, but you can also find other trees and plants in the garden. Quite literally there are various gardens for every sense. In the Garden of Taste there is a cherry tree and an apple tree. Beautifully smelling flowers, such as: roses, lilies, geraniums and lemon plants , can be found in the Garden of  Smell. In the Garden of the Touch, the lady’s mantle feels soft. Sensitive nettles, for example, are shown separately. The Garden of Hearing has been taken over by birds and is where monks meditated in earlier days. According to the tour guide, the Garden of Sight is the most difficult to maintain seen as you need to guess and estimates when something will come up and bloom.

The port, situated on the shore of Lake Geneva, provides cruise ships of the Compagnie Générale de  Navigation, including the Belle Époque steam engines and other ferry services, a waiting area. These ferries sails to other cities on the edges of Lake Geneva, such as Geneva,  Nyon  or Lausanne.
Between April and October the solar shuttle Le Foué also sails out from the port of  Yvoire for a cruise on Lake Geneva, this shuttle passes well-known estates such as Rovorée and La Châtaignière. If you would like to participate in any other watersports activities, such as water skiing, knee boarding, wakeboarding, wake surfing or even towed buoys, we recommend going to the Easy2ride wake and surf academy.

Located at approximately 25 kilometers from Geneva lies one of the most visited tourist villages in the Haute-Savoie, the town of Yvoire.