Geneva, a must visit during your holiday 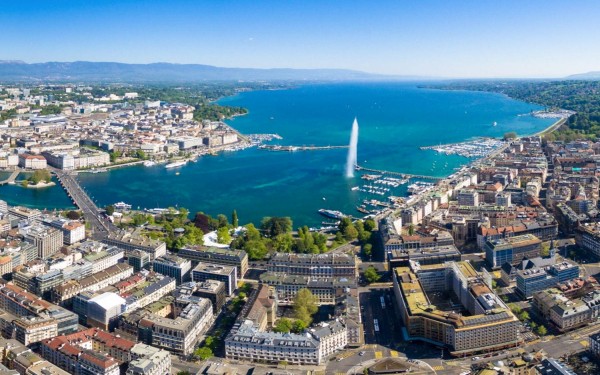 Geneva is the second largest city in Switzerland and is known for its luxury shops, watches, and pocketknives. The city is located at the point where the Rhône flows from Lake Geneva towards the Mediterranean Sea. Over 40% of Geneva’s inhabitants are not from Switzerland. This is due to all kinds of international organizations that are based here such as the International Red Cross, the World Health Organization, and the World Trade Organization. Geneva is a great place to shop and has plenty of good restaurants and cafés. Geneva also has historical monuments and, of course, Lake Geneva to offer. This all makes Geneva most definitely worthwhile visiting for a day during your holiday.

Geneva is located next to a Lake, which was consequently named after the city, and at the feet of the Jura mountains and the Alps. All sorts of water sports are possible on the lake. We recommended a trip with a tour boat. There are four boarding options in Geneva, and you can also choose from several themed tours such as a sightseeing cruise around the lake, an evening cruise with a meal, or a cruise which allows you to hop off in different places.

Jet d'eau, the fountain of Geneva

Due to its large size, it can already be seen from great distance: the Jet d'eau. This fountain is located on the edge of Lake Geneva and is 140m high, which makes it one of the tallest fountains in the world. At a speed of 200 km/h, the fountain sprays 450 liters of water into the air per second. To get a good view of the fountain you should go to the bridge the Pont du Mont-Blanc.

During your visit to Geneva, also visit its old town (Vieille Ville). It is the largest historical center in Switzerland. Walk through the old winding streets and see the following sights:

Geneva has many museums. A few of the most famous museums are:

The partly Baroque, partly Gothic Cathédrale Saint-Pierre towers above the houses in the middle of the old town of Geneva. It is the most important place of worship in the city. The city of Geneva and in particular this church played an important role in the Reformation and the emergence of the Protestant churches. The Reformation wanted the church to go back to the Bible and biblical simplicity without all kinds of images and decorations. John Calvin, one of the leaders of the reformation, lived and preached in Geneva. After this, both the St. Pierre cathedral and the entire city of Geneva converted to Protestantism. All the statues were taken out of the place of worship seen as it wasn’t the statues and paintings but the bible, which should be central.
Calvin taught his findings in the "Auditoire de Calvin”, which was located next to the church. Roman church did not allow ordinary people to read the Bible themselves, whilst Calvin urged people to read the Bible themselves.
The International Museum of the Reformation is right next to the church, in the Mallet House ("Maison Mallet"). The museum teaches all about the history of Protestantism.
You should also climb the 64m tall tower. After going up 157 steps you will have a beautiful view over the city of Geneva, Lake Geneva, and Mont Blanc.

At the foot of the Vieille Ville there is a large park surrounding the 100m long famous Mur des Réformateurs. This wall was built in memory of four important preachers who added a lot during the Reformation:

The construction of the wall began in 1909. 1909 was Calvin's 400th birthday and 350 years after he founded an academy to train pastors in Geneva. 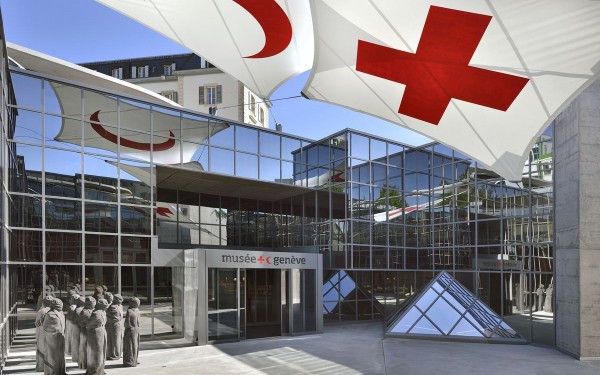 The International Red Cross movement (called the Red Crescent in Islamic countries) started in Geneva under Henri Dunant leadership. Musée International de la Croix-Rouge is a museum dedicated to showing Dunant’s life work.
Dunant had noticed that there were many wounded soldiers due to a battle between France and Austria who received poor medical care. This is what led him to setting up the health organization the Red Cross. The Red Cross symbol is the reversal of the Swiss flags’ white cross on a red background, seen as Switzerland is always neutral in international conflicts. Dunant was awarded the first Nobel Peace Prize in 1901. With various forms of footage, the museum shows how and where the Red Cross works. Think of humanitarian situations such as war zones, earthquakes, floods, and other natural disasters.

There is a sculpture of a Broken Chair, a huge 12 m high wooden chair with a broken leg, opposite the Palais de Nations. The chair is a symbol of fragility and strength, of uncertainty and stability and of brutality and dignity. The monument serves as a reminder to all people to protect the civilian victims.

Concert in the Victoria Hall in Geneva

The Victoria Hall in Geneva was built around 1892 as a tribute to Queen Victoria. It is the most beautiful concert hall in the city and is world famous for its interior and good acoustics. The concert hall is not open to visitors unless you are attending a concert.

Jardin Anglais and the Flower Clock

The Jardin Anglais is located by the boulevard along the lake of Geneva and is a garden dedicated to tourists and locals. The famous Flower Clock (L'Horloge Fleurie) is also in this park. The clock is constructed of thousands of flowers and was created to honor Geneva as a watch city. New flowers, matching the season, are placed a few times every year.

Geneva's most exclusive shops, such as expensive jewelers and trendy boutiques, are located around Rue Basses, Rue de la Croix-d'Or, Rue de la Confederation, Rue du Marché and Rue du Rhône. Antiques and art can be found in the old town and in the districts St-Gervais and Paquis. 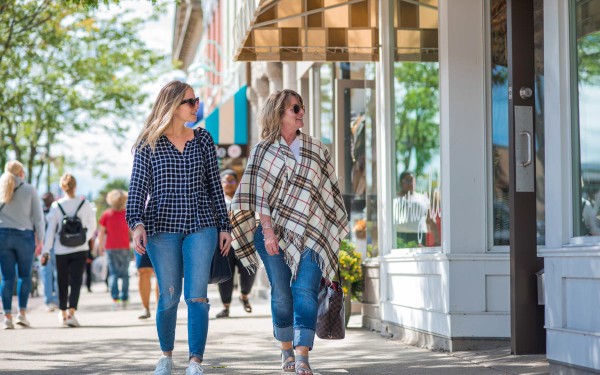 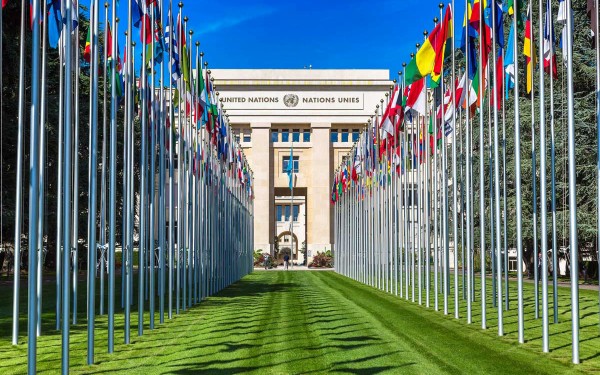 The Palais des Nations is the European headquarters of the United Nations. It is one of the most important diplomatic centers in the world, with over 25,000 delegates attending the center every year. It is also the basis for many international political, economic, and scientific institutions.

You can visit the complex, but only by appointment. During the tour you will be shown the huge central conference room (Salle des Assemblées) which has room for over 2000 delegates, and the Council Chamber (Salle du Conseil), which is where many peace negotiations take place.

The Promenade de la Treille is located on the edge of the Vieille Ville:

Geneva has a number of markets:

There are several ways to discover Geneva and its surroundings:

👨‍👩‍👦‍👦 Book your holiday in the French Alps 🌞