Chauvigny, a medieval town in the Vienne 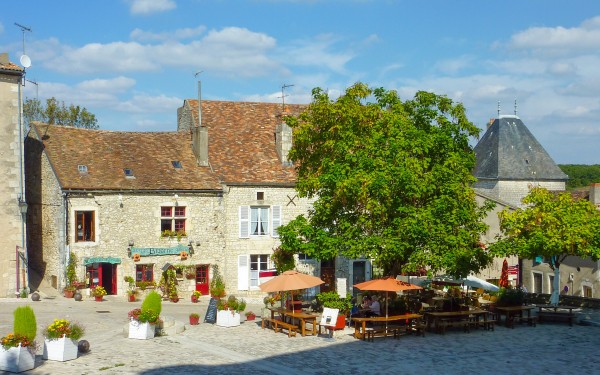 Chauvigny is one of the most beautiful places in Poitou – Charentes. This is mainly because this medieval city has managed to retain its historic character. Chauvigny is located in the Vienne department, just east of Poitiers. It used to be a crossroad of important trade routes from east to west and from north to south. The town is located amidst green hills on a spur of a rock, on the banks of the Vienne River. It had a strategic location in the Middle Ages seen as it provided sight over both sides of the Vienne valley. Have you finished exploring the historic center and do you still have time left? Then go to the birds of prey show or go for a trip on the Velorail. Chauvigny is a place that you should definitely visit when you go on holiday to our holiday park in Les Forges !

Chauvigny is divided into two parts, as is the case with many medieval places built on an elevation. The oldest part is on top of the elevation and the newer parts of the city are lower. The most attractive part is the medieval center with narrow streets, old half-timbered houses and cozy squares with craft shops and restaurants. This area of town is car-free. What makes Chauvigny unique is that it used to have five castles of which the remains are still visible. 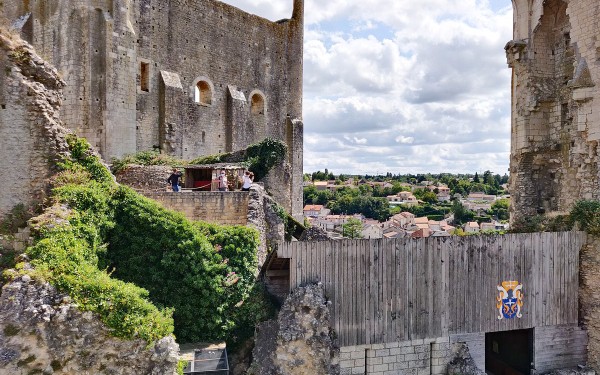 Château des Evêque is the most famous of the five castles. It consists of two parts: an elevated part with a huge keep and a lower part which is also known as Château Neuf. The imposing castle originally had a circumference of 230m and was built in the 11th century by the bishops of Poitiers, who were also the lords of Chauvigny. Bird of prey shows known as "Les Géants du Ciel" are now held in the castle’s ruins. The show has all different species of birds of prey (day and night animals) from all over the world. Some species have an impressive wingspan of around 2m40, this is what gave the castle the nickname "Château des Aigles": castle of the Eagles.

Near Château des Evêques is Château d'Harcourt which was built in the 12th century by the Counts d'Harcourt after which it was sold to the Bishops of Poitiers in the 15th century. It has also been used as a prison for a while, this can still be seen in the ground floor. Part of the castle has been preserved; another part of the castle has been restored. It is now an exhibition space and concert hall.

The Tower of Flins is built in a private residence and is part of the city's fortifications.

The Donjon de Gouzon is a huge structure in the middle of the old town. It is located on the Place du Donjon which is in the heart of the historic centre. The Donjon is what remains of the 12th/13th century. It was first owned by the Poitou of Beaumont family and later by the Gouzon de Bourbon family. These days there is a museum in the Donjon. You can go to the roof by lift and enjoy a magnificent view. Place  du Donjon has several cafés and restaurants. 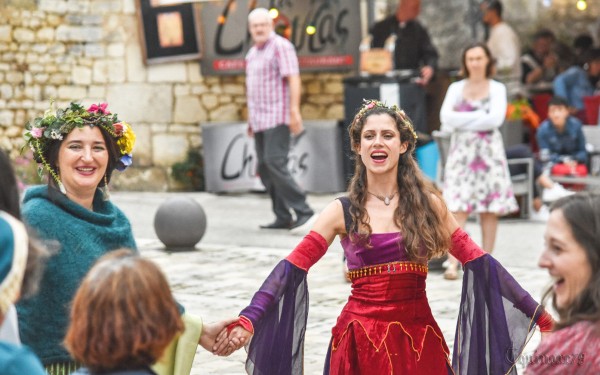 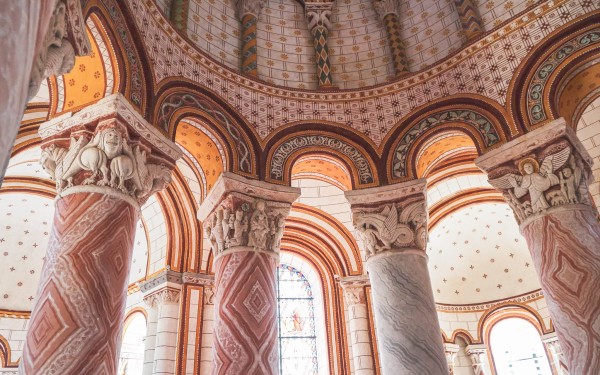 The church "Saint-Pierre" is a collegiate church, which means that there was a chapter of canons, a college of Roman clergy that was located there. Each clergy had a seat in the choir of the church. It is the main church of Chauvigny and looks beautiful, especially from the inside. The outside of the church is built in a simple Romanesque architectural style. The church was built in the 12th century and is world famous for its Poiters school sculptures and painted capitals and columns. You will see facets which depict Jesus’ life, the triumph and downfall of Babylon and images of animals and monsters.

Old crafts from stone and porcelain

Chauvigny is known for its beautiful stone and porcelain tables which can be found anywhere in the world. If you walk through the streets of the city you will come across the old crafts in shops and galleries: leather works, potteries and sculptors. Stone from Chauvigny is world famous and has been used for the construction of famous monuments such as the Opéra Garnier, Louvre Museum and the bridges over the Loire.

Go on a trip with the Velorail, when visiting chauvigny. You’ll cycle in a cart over an old railway and enjoy stunning views.

During the summer holidays, a large medieval festival is  organized annually in Chauvigny. All sorts is organized such as: medieval games, demonstrations with crossbows, demonstrations of sword fighting, a medieval market with all kinds of crafts and a parade.

Touffou Castle is located just north of Chauvigny on the banks of the Vienne River. It is built in the same style as the castles of the Loire. You can visit the castle and its dungeons and old kitchens and see the François I tower with is decorated with all kinds of frescoes.