Penne d'Agenais, a historic town with a huge basilica 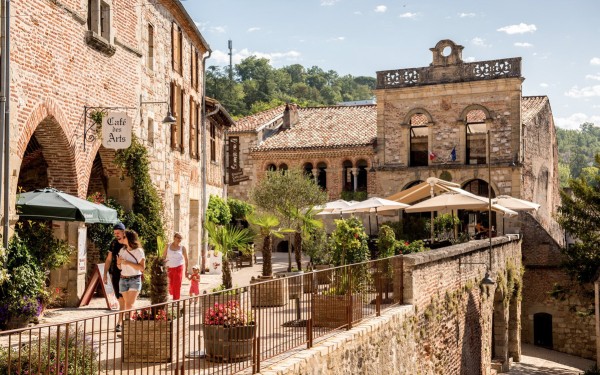 The town was originally built as a settlement town, a bastide. Over the centuries there has been a lot of fighting around Penne d'Agenais. Due to this turbulent history many defense mechanisms have been built. Every time the city was expanded, a new form of defense was built around it. Thanks to this, Penne has a large number of ramparts, city gates, towers and other defense systems. Some of these defense mechanisms are still standing. Penne d'Agenais is a beautiful town with a lot of history, it is known as one of the most beautiful places of the Lot-et-Garonne. Yearly, Penne d'Agenais attracts many tourists.

The village is located on a hill by the banks of the river Lot. This position gave a strategic overview of the area. These days, this spot is used to enjoy a stunning view over the valley. The center of the village has sloping alleys and medieval-style half-timbered houses. The old village center of Penne d'Agenais is dominated by the large church "Notre Dame de Peyragude". The golden dome can be seen from afar. Walk through the narrow, cobbled streets past the art galleries, craft shops and lively squares. For a perfect visit to Penne d'Agenais, put on your walking shoes and go for a day.

Thanks to excavations in the vicinity of Penne d'Agenais it we have learnt that an early settlement of the Gauls lived here. The town continued to grow and became one of the most important places during the Middle Ages. The good strategic position was of great importance in the time. Richard Lionhearted, who was king of England at the time, ordered the further strengthening of Penne d'Agenais, increasing its influence. During the Cathar wars, Penne provided shelter to the Cathars who were persecuted, tortured and killed by the Roman Church. After a long siege, the city was taken by the Count of Toulouse. During the Hundred Years' War, people also fought in Penne d'Agenais. 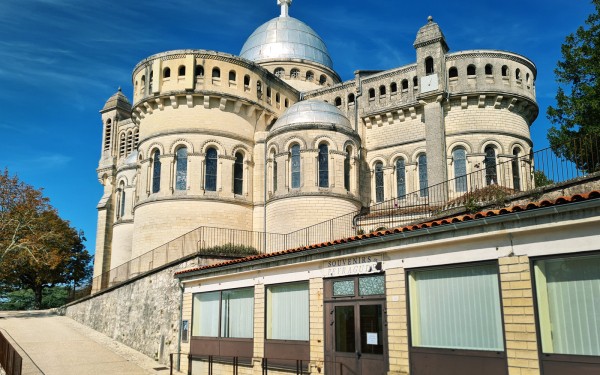 Church with a huge dome

All who visit Penne d'Agenais immediately notice the relatively small village with a large church. This church is the Notre Dame de Peyragude. It can be seen from afar thanks to the shiny dome. The church is a place of pilgrimage on the route to Compostela. 1000 years ago, the village used to have a small chapel, but this was destroyed. Legend has it that a poor shepherdess met a lady who said that the shepherdess could expect a loaf of bread when he got home. When she got home, there was indeed a loaf of bread. The shepherdess went back to the lady to give her a piece of bread after which the lady gave the shepherdess a figurine. The church interpreted this as an apparition of Mary. A church was later built on the site of the chapel to honor the alleged apparition of Mary. The church is built in Roman Byzantine style. There is also a mosaic dedicated to Mary on the square. In the church you will see beautiful stained-glass windows and murals. If you walk around the church, you can enjoy beautiful views over two river valleys: the valley of the Lot (with the big river) and the valley of the Boudouyssou (with the small river). 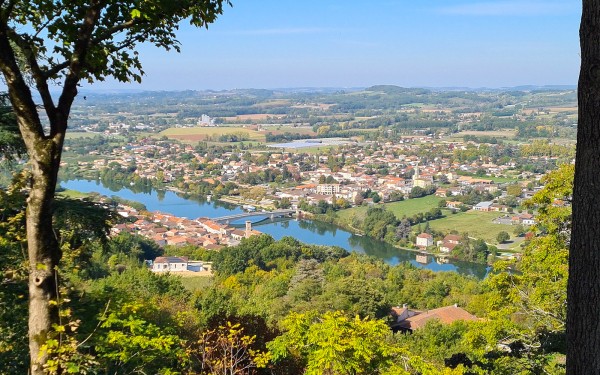 Stroll through the village and explore Penne

You can park your car at the bottom of the hill and then walk through the Porte de la Ville to get to the village This is the first of three gates you’ll pass before you reach the top of the old town. See the Aliénor d'Aquitaine square and continue up to the Place du Mercadiel, this is where the market is held. You’ll also walk past the townhall. You will pass beautiful houses and cozy squares. The second gate you pass through is the Porte de Richard. Once you arrive at the top you’ll be greeted with a beautiful view of the surroundings.

Boat trips on the River Lot

You can go on a nice boat trip on the River Lot near Penne d'Agenais. There are cruises of one hour, half a day and a whole day. The Lot-et-Garonne department, in which Penne d'Agenais is located, owes its name to the two rivers that flow through it: the Lot and the Garonne. The Lot flows from the Lot valley into the Lot-et-Garonne and the Garonne originates from Spain and flows through Toulouse, Agen and enters the Atlantic ocean at Bordeaux.