Salernes, an authentic Provencal village in the Var 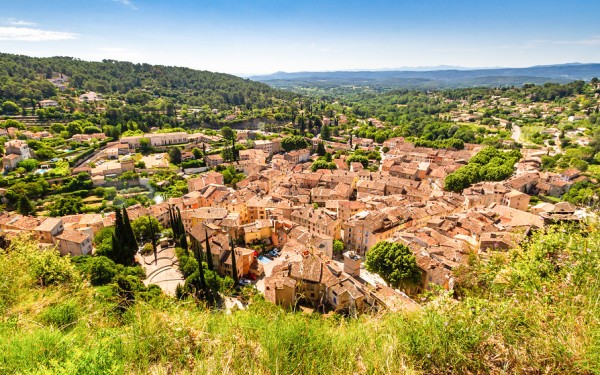 Salernes is one of the most beautiful places in the Provence region in the Var department. It is a small town in the heart of the Provence-Alpes-Côte d'Azur region and is located at an altitude of 220 meters. The village lies at the feet of the ruins of a medieval castle in a hilly landscape. The village has beautiful old streets and cozy terraces. There are loads of fountains in Salernes.  Salernes is internationally known for its pottery and Provencal tile work. These ceramic tiles are called "tomettes". The village still has many workshops and small factories which make tiles, pottery and lava stone. There is even a ceramics museum. Just outside the village you’ll find the beautiful Barthélemy valley. This protected nature reserve is great for hiking and exploring the caves. There are several wine châteaux and the Waterfalls of Sillans are just a short distance from Salernes.

Popular holiday region in the South of France

Salernes is located on the slopes of the Bresque Valley. The valley slopes provides shelter from the wind, which creates a pleasant Mediterranean climate. The rivers Bresque and Pelcourt flow through the valley. From the hills surrounding Salernes you can enjoy beautiful views over the surroundings. You can go hiking or cycling here. The village attracts many tourists from all over the world yearly. There are many beautiful well-known villages in the vicinity such as Lorgues and Aups. Salernes is located west of Draguignan. 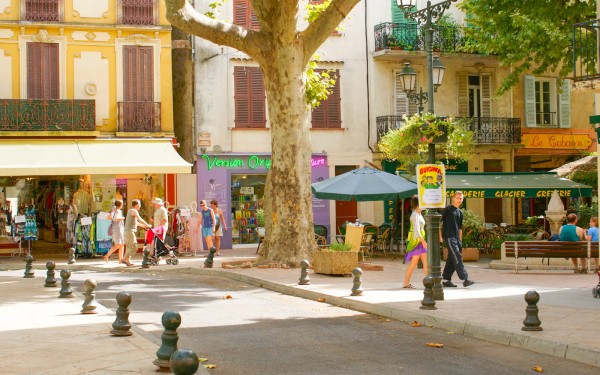 Salernes, a popular village among tourists

This Provencal village has loads for tourists to see and do during their holidays in France. The village has picturesque old streets perfect for strolling through. See the authentic houses and enjoy a drink or a bite to eat on one of the terraces you encounter along the way. On hot summer days you can cool off here whilst enjoying a drink. On the central square, lines have been painted on the floor for the market stalls which stand there on Sundays and Wednesdays. There are large plane trees on both sides of the square which gives the square shade. There are also benches around the square. From the castle ruins at the top of the village you have a beautiful view of the hexagonal red roof tiles that are characteristic of the region.

The villages of Salernes was founded in the Middle Ages. During that time, the area was owned by the Saint-Victor Abbey in Marseille. Some families from the city of Salerno in Italy have gone to Salernes to settle there. Salernes is named after this Italian city. Originally it was an agricultural area, where oil, wine, figs, wheat, beans, melons and peaches were harvested. From the 19th century, the inhabitants started to focus on the manufacturing of tiles and pottery. Especially the hexagonal floor tiles from the area became well-known. 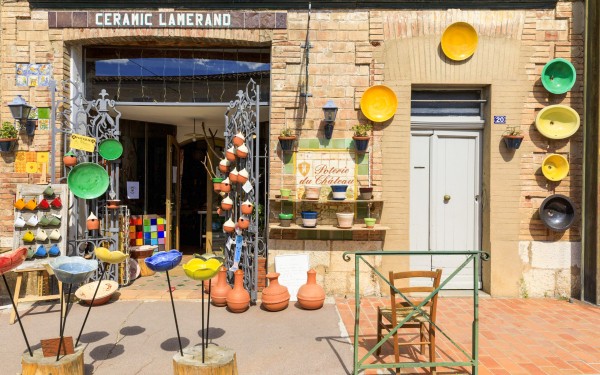 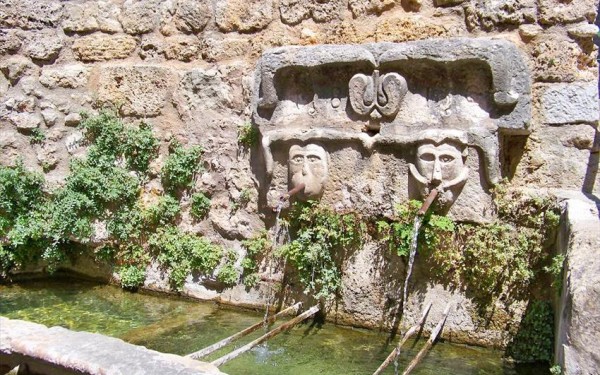 The village of Salernes is also home to the church of St. Pierre. The church was built during  the 16th century but the foundations and certain parts of the church date back to the 11th and 12th centuries. The church has four towers and is located in the center of the village. It is built in Romanesque style, has two old bells, a decorative 17th century campanile and an 18th century sundial.

Salernes is known for the production of tiles and pottery. This specialty stems from the presence and high quality of the ferrous red clay in the region. The hexagonal tiles "tomettes" and "Malons" have become the most well-known. These floor tiles are common in Provencal houses because of how easy they are to maintain and the freshness they offer. The export of these floor tiles started in 1850. They were first exported to Marseille, then Toulon and then Nice in southern France and later to Italy, Africa and America. From 1950, new ceramic products were created such as crockery, jewelry, kitchen tops, sinks, roof tiles and tables. Today, the Salernes ceramics tradition is maintained by 15 ceramists and 4 potters.

Right outside the village you’ll find the Barthélemy valley. This is a beautiful protected nature reserve where you can go walking. There are rivers, excavated caves in the cliffs which used to be inhabited, beautiful trees and pines. There is also a small church where a pilgrimage is held on the 24th of August.

On the edge of the village there is a large natural fresh water swimming pool. It is a water reservoir in the River Bresque. You can swim, sit and sunbathe here. There is no lifeguard.