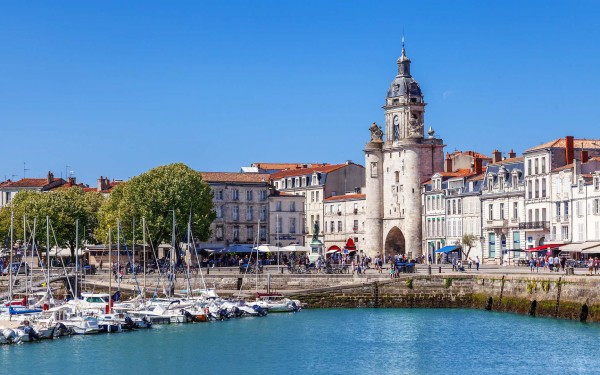 La Rochelle is a beautiful port city in the west of France on the Atlantic coast. During the holidays, many go to this seaside resort for a day. The old ports’ large towers are very impressive. From here you can visit the old port and then go through the gate into the old town. La Rochelle has many sights, museums and even a bunker from the 2nd world war that you can visit. There are several beaches where you can sunbathe, swim and jet ski. You can visit La Rochelle by foot, but also by segway or in other ways.

The old port of La Rochelle is seen as one of the most beautiful urban sights in France due to the imposing towers that in earlier times ensured the surveillance of the port. You can walk on the quays around the harbor. The Quai du Carénage, the Quai Duperré and the Cours des Dames are well-known. During the summer the quays are lively and touristic with terraces, street artists and street shows. The terraces give a beautiful view of the harbor. During the evening, the harbor and the towers are illuminated giving a beautiful relfection of the lights onto the water.

Climb the towers during your holiday

At the entrance from the sea to the old port are three striking towers:

The towers were built in the Middle Ages and are now historical monuments. You can visit the three towers with one ticket. From the top of the towers you have a beautiful view over the city and the harbor.
The Tour Saint Nicolas and the Tour de la Chaîne are located at the entrance to the port. In the past, a chain was  attached between the two towers at night to prevent enemy ships from entering the harbor at night. The Tour Saint Nicolas, named after the patron saint of sailors, is the tallest tower with a height of 42m. It is a large fortification with a labyrinth of spiral staircases that are connected to each other on the inside. This used to be built to ensure that reinforcements could still come if other stairs were blocked by attackers.
The Tour de la Lanterne was also built to defend the city. In addition, it served as a prison. Up to 100 prisoners could be locked up on the fourth floor. At 38metres altitude there is an outdoor terrace with a view over the city.

The old town of La Rochelle

From the old port you enter the old town through the Porte de la Grosse Horloge. In the old town you can see the cobbled streets with the beautiful arcades that give a typical charm to the area. These arched vaults were built so that merchants could display their merchandise. The arcades are mainly located in Rue des Merciers, Rue Chaudrier, Rue du Palais and Rue du Minage. These streets have beautiful houses that date back to the 13th century. The old town has numerous sights worth visiting such as the town hall with Gothic walls and gargoyles, Maison Henri II, a Renaissance house built in 1555 on rue  des Augustins, the Palais de Justice, Hôtel de la Bourse and Hôtel de Ville. There is a statue of Jean Guiton in front  of Hôtel de Ville. Guiton was the Huguenot mayor of La Rochelle during the siege of the city in 1620 by Louis XIII.

Place to visit in the old town 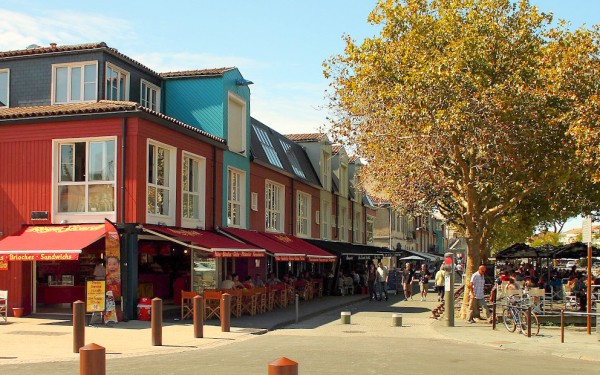 From almost anywhere in the old port you can see the Porte de la Grosse Horloge, the majestic gate that forms the border between the old port and the old town. This entrance gate is located at the intersection of the Quai Duperré and Cour des Dames. Unfortunately, you cannot actually enter this monument. This gate was originally part of the defense of the city but became redundant in the 18th century when the city became bigger and bigger. The bell tower that was built on top of the gate in 1746 has a large bell that weighs 2200kg. During the evening, the Porte de la Grosse Horloge is illuminated.

Like many other places in France, La Rochelle also has a covered market hall in the center of the city. This market hall, which is part of the heritage of La Rochelle, was built in the 19th century. There has been a meat hall here since 1836. There is a market every morning where fresh products are mainly sold. Due to the city’s location by the sea, this fresh produce mostly consists of (shell)fish. The big markets are held on Wednesday and Saturday. On these days the stalls even reach the surrounding streets. There is plenty of opportunity to taste and try all the products. 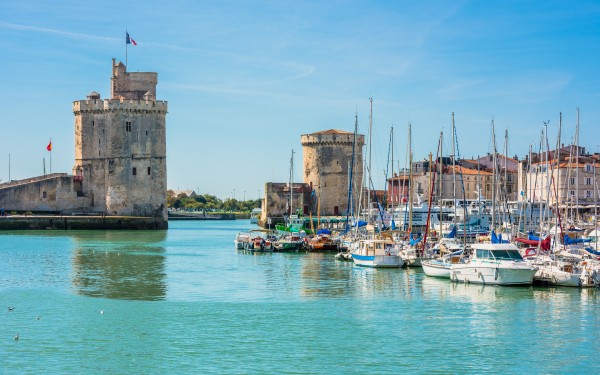 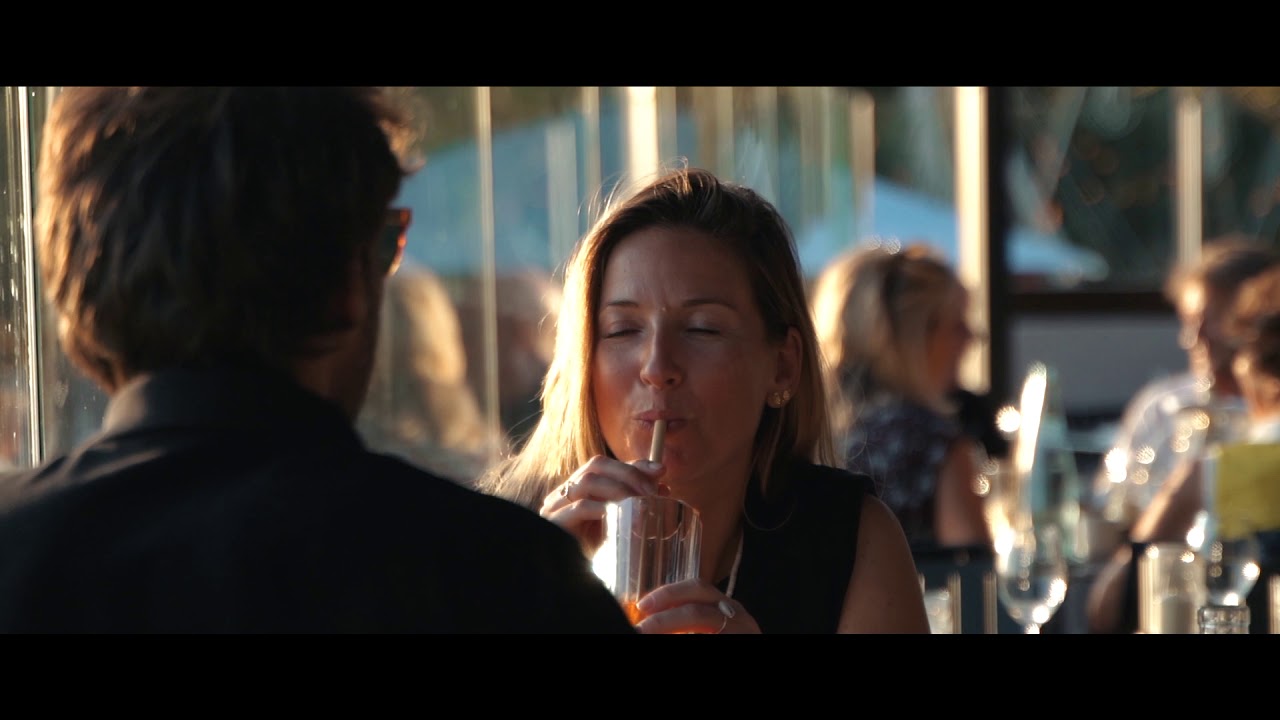 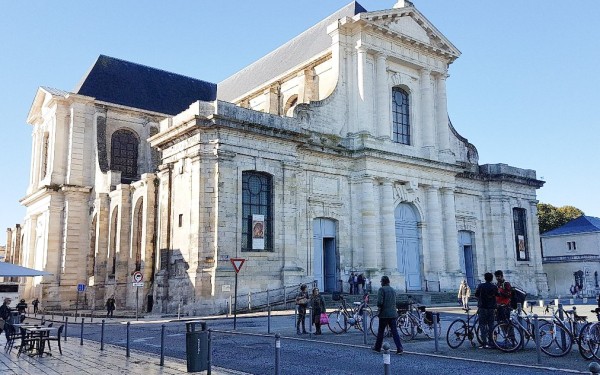 Saint Louis cathedral is located near Maison Henri II in the old town. From the outside it doesn't seem like much special, but from the inside it certainly is. The cathedral has beautiful paintings and many stained glass windows which depict all kinds of scenes. This cathedral used to be the Great Temple of the Protestants in La Rochelle but later became a Roman building.

In the middle of La Rochelle is Charruyer Park, a beautiful park with an area of 40ha and a length of 2 km. The park is great for hiking or cycling and also has a children's playground and a small zoo.

In the old quarter of La Rochelle, on the Rue des Dames, there is a large underground Nazi bunker. The bunker was built in 1941 to protect German U-boat commanders from air attacks. The bunker has an area of 280m2 and various rooms such as an underground restaurant. There are showcases which display articles that relate to the war.

Throughout the year there are festivals in La Rochelle:

This new port in La Rochelle is the largest marina on the European side of the Atlantic Ocean and has 3500 moorings.

When visiting La Rochelle be sure to also visit the beach. There are three beaches:

Take a cruise to the islands near La Rochelle: