Domme - tourist village in the Dordogne 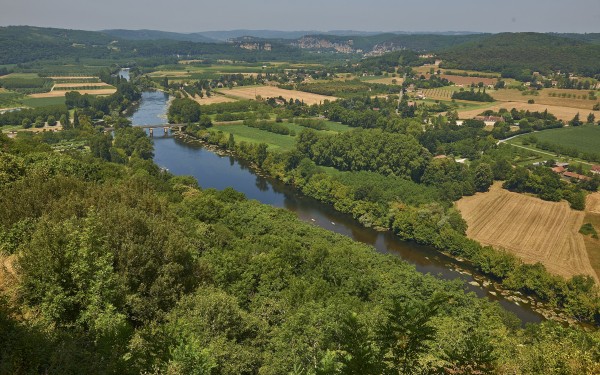 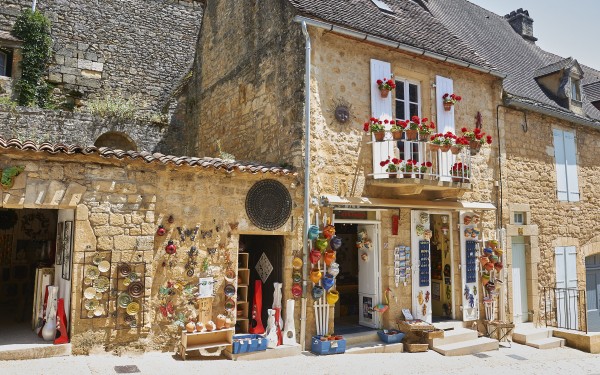 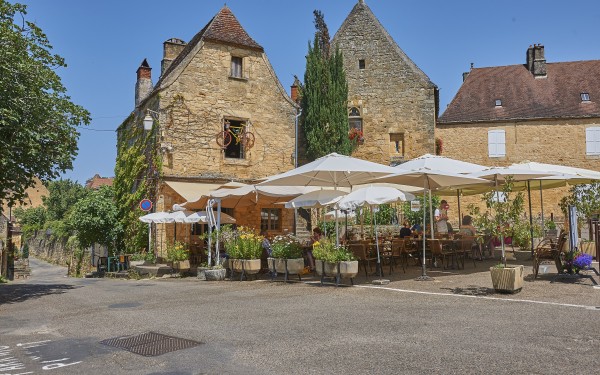 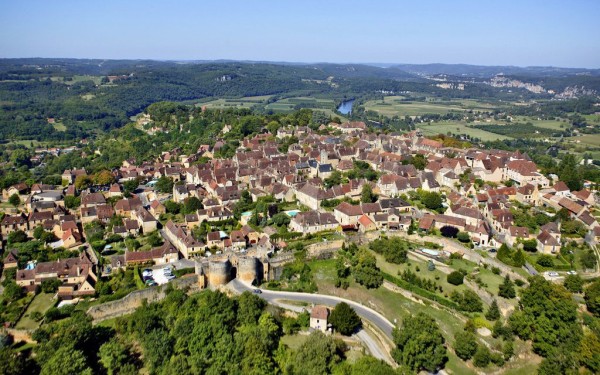 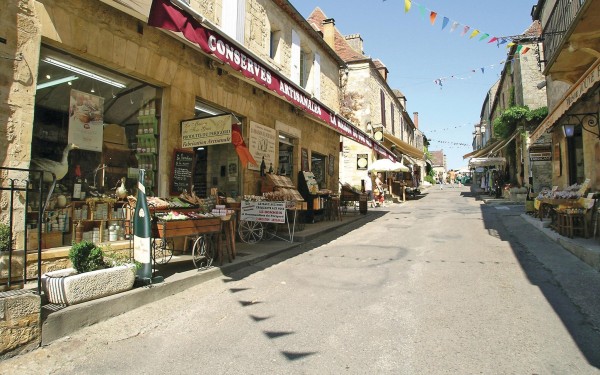 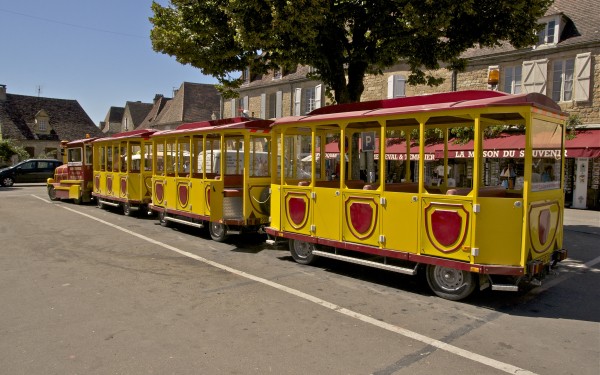 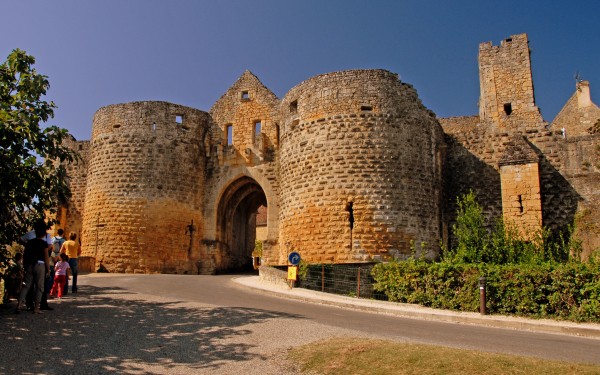 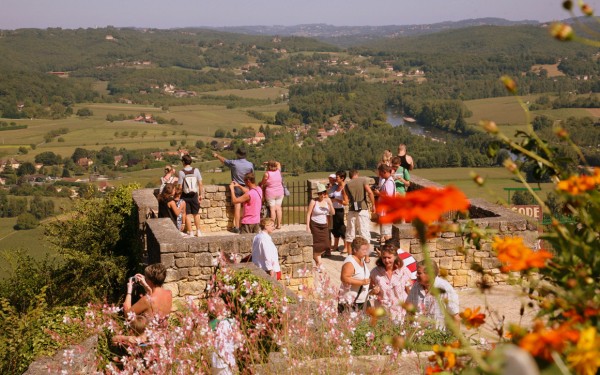 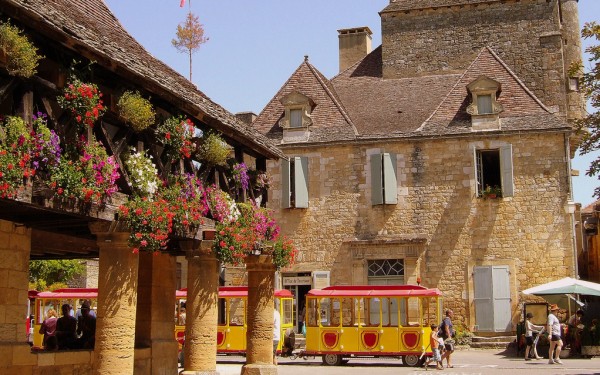 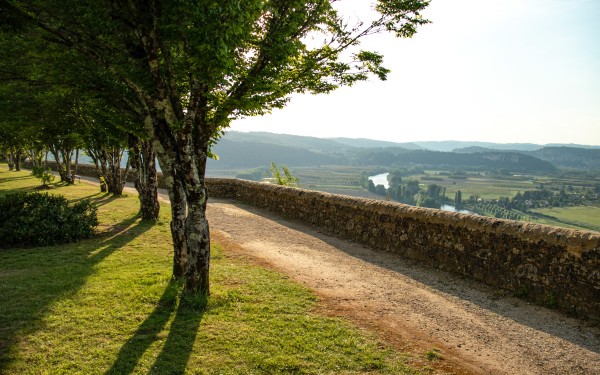 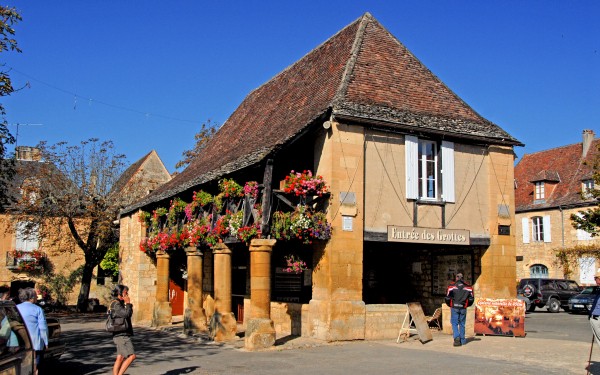 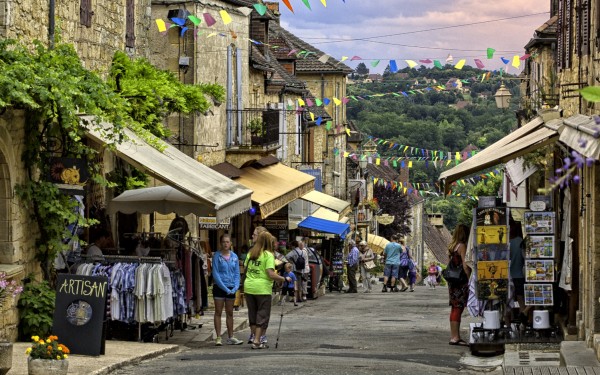 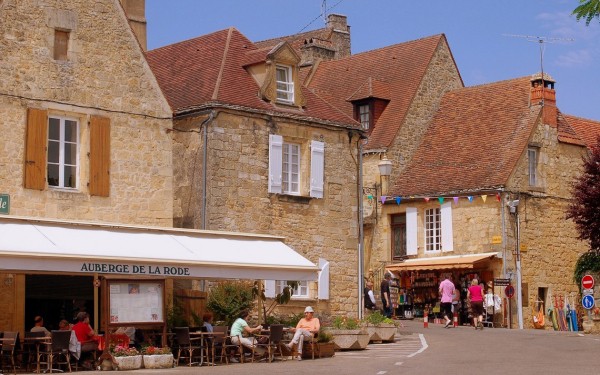 The fortified town of Domme is located near Sarlat, in the Dordogne department. This place, with about 1000 inhabitants, is located in the “Perigord Noir”, on the border with the department of Lot. This region is full of tourist places like Sarlat, La Roque Gageac and Beynac.

Domme is an old town, on the top of a mountain, and is one of “Les Plus Beaux Villages de France”. It is a popular place for tourists. The place itself is very beautiful with its natural stone houses, but especially the views are spectacular. A nice train runs through the village and takes you to the most beautiful places.

Domme is a bastide founded by Philip the Bold in 1281. Bastides are old fortresses that have a strategic location. This is also the case with Domme: on a mountain and directly on the Dordogne river. To stop the war with the UK, Philip built a castle here. The wall of the city has been largely preserved and has 3 gates:

Around 1310, on the orders of "Philip de Schoone", the Templars were held captive in these gates. The Templars used a code system to communicate with each other. These codes can still be seen on the walls of the towers.

One of the characteristics of a bastide is that it has a regular street pattern with straight streets. That is not the case with Domme. Due to the location of the city, 150 meters above the Dordogne, the map is irregular.

Until the seventeenth century, Domme was a prosperous city with beautiful houses and buildings. After the disappearance of prosperity, few houses were built. That has precisely ensured that Domme has retained its historical character.

Domme is located on a mountain and has beautiful views on all sides. You can see for miles over the beautiful landscapes of the Dordogne. It is best to do that at “Belvédère de la Barre”. Take a walk on the cliffside walkway and its viewing tower. Below you see the river Dordogne flowing. The river winds through the landscape and disappears again on the horizon. On the river you can see the canoeists who drift with the current to the west.

These caves are under the village. In war times, this cave was an extra hiding place for the inhabitants of Domme. There was also water in the cave and this supply of drinking water was important during times of war.
The cave is open to the tourists. You can admire the stalactites (stalagmites and stalactites) under the guidance of a guide. Bones of bison and mammoths are also visible. At the exit of the cave is a playground for children. The children can play for a while while you can enjoy the beautiful village square.

Domme is a beautiful place to visit. If you have enjoyed the beautiful views and visited the cave, then it is nice to visit the shops. The main street of Domme starts on the market square and is full of shops and nice boutiques. Local products are offered, tourist knickknacks and fun art objects.

You will probably also come to the “Place de la Rode”. In this place the criminals used to be roasted. Now it is a peaceful square. The “Maison du Batteur de Monnaie” is the coin house where money used to be minted.

There are several restaurants with inviting terraces. The location is different. There are restaurants that are more in the village, but there are also some with a beautiful view over the valley. In all cases you can enjoy the French cuisine which is also excellent in Domme.