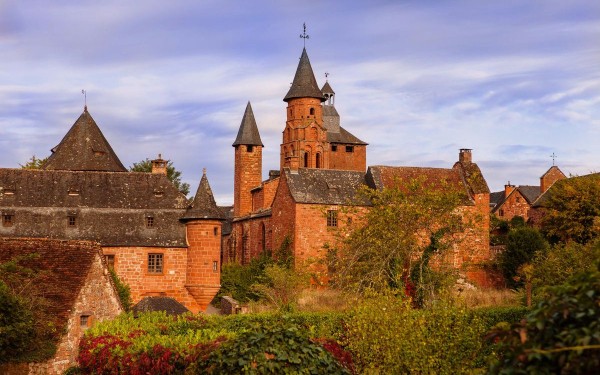 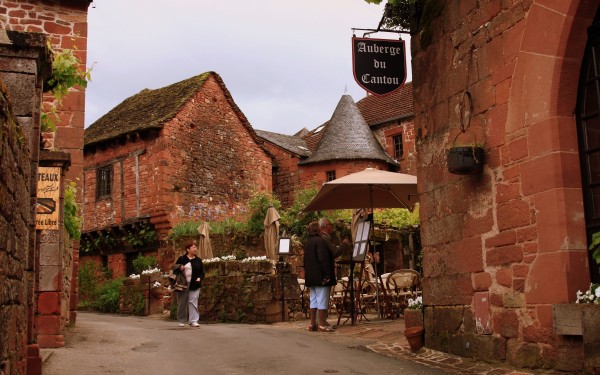 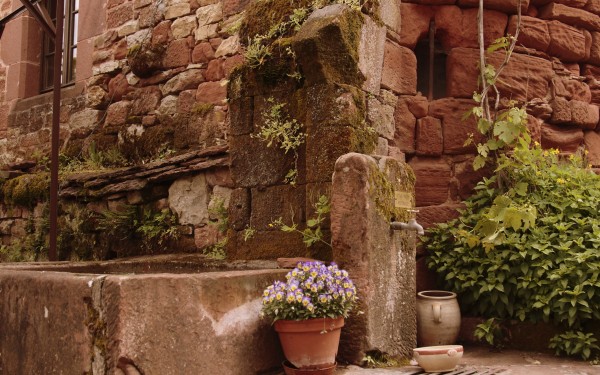 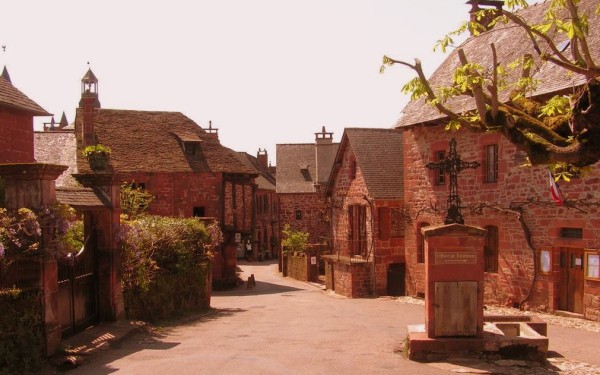 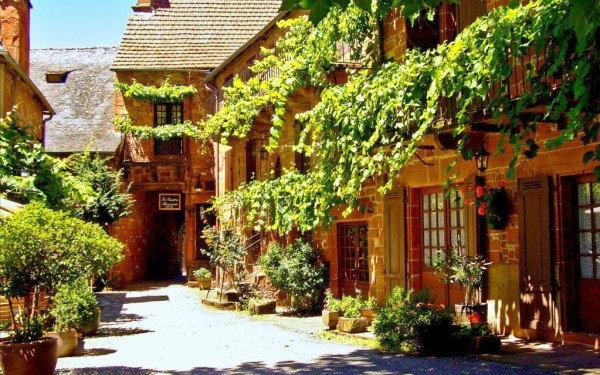 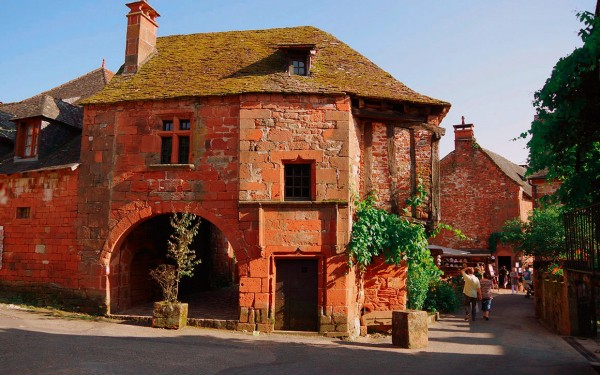 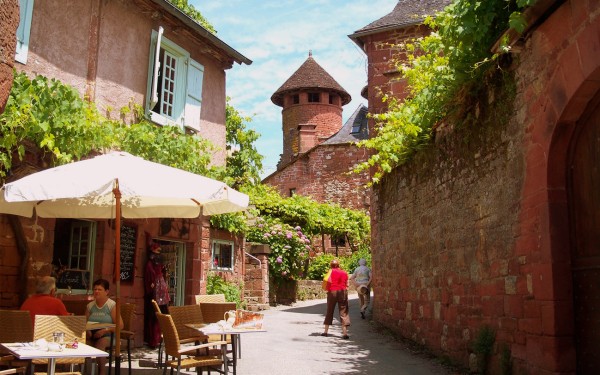 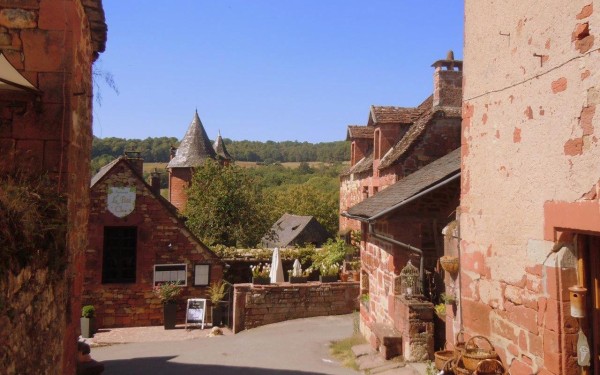 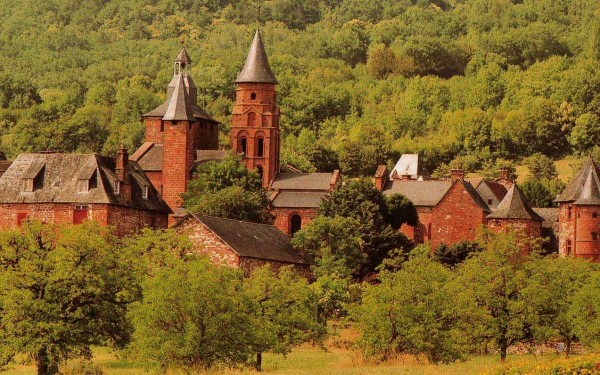 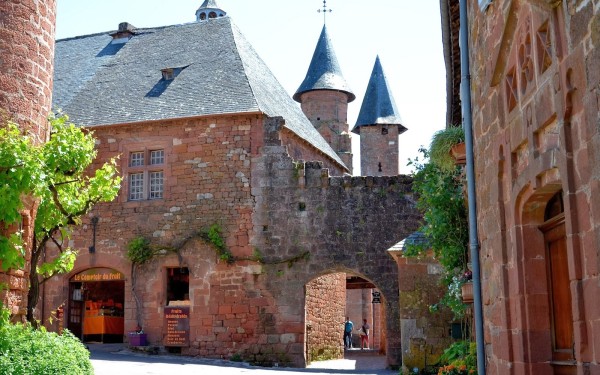 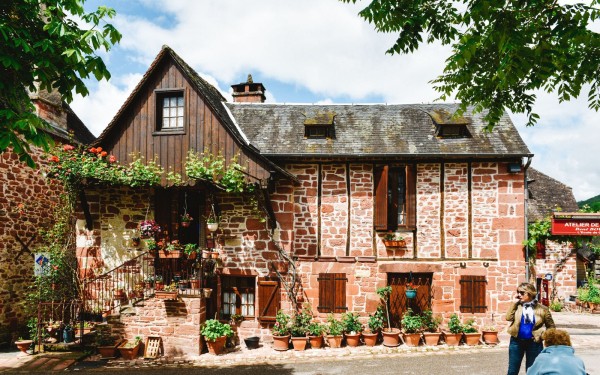 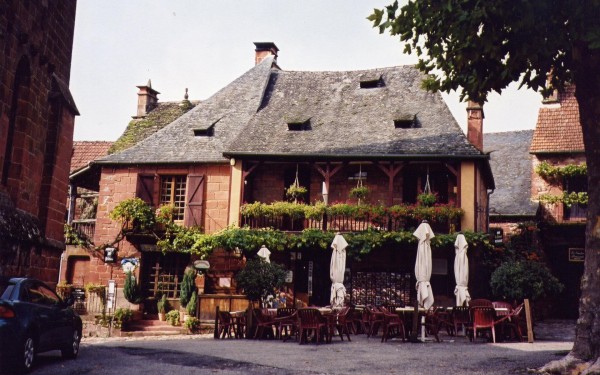 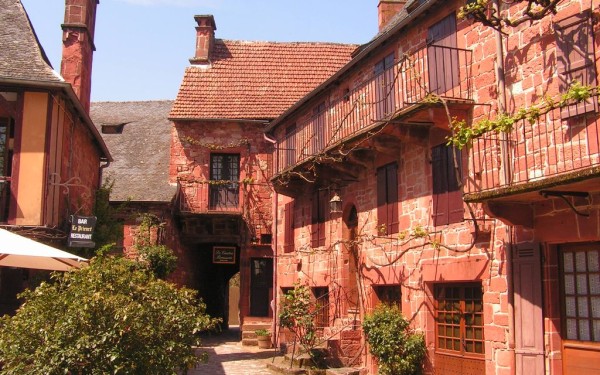 Collonges la Rouge is one of ‘Les plus Beaux Villages de France’. It was the mayor of this village who decided to create a foundation to award the most beautiful villages of France. Almost all buildings in Collonges la Rouge are built from red sandstone, which gives this picturesque French village a unique atmosphere.
When the weather is nice, Collonges la Rouge has many terraces where you can enjoy refreshing drinks. The restaurants with terraces that are not directly located along the public roads are especially great.

The village was established in the eight century around a priory (guest house of a monastery). Around the thirteenth century, the Collonges la Rouge priory was given various privileges by the viscount of Turenne.
During the late Middle Ages, Collonges developed into a holiday area. The viscount’s wealthy friends and family found it a good place to stay during the summer. Beautiful buildings were constructed, of which the houses and small castles in the village are an example. Why not visit Castel de Vassinhac? The castle has beautiful towers and was intended as a palace.

Take a stroll through the village and here and there you’ll see the remains of the wall that protected the priory against external dangers; including various gates and the occasional tower. Together with the beautiful homes, the walls give the village an intimate and charming look. In the streets you’ll find many shops and a gallery.