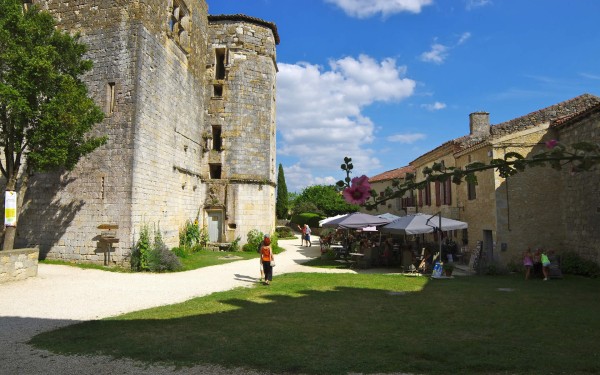 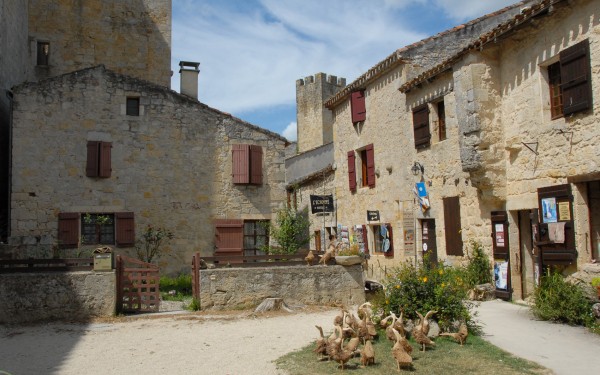 Those who have ever visited the famous Cité of Carcassonne, will be reminded of this when they visit Larressingle. The walls of this small fortress are still standing, which gives the village a unique medieval atmosphere.

Larressingle was an important fortress during the Hundred Year War with England. The English were the overlords in this area and the village served as defence for Gascogne. The village itself was never besieged and thus was unscathed after the greatest war of the Middle Ages.

After the French won the war, the fortress lost its function. During the centuries that followed, Larressingle fell into decline. The sturdy stones in the walls were used by villages to build their own houses. Later, in the twentieth century, the village was restored to its former glory.

The village has a castle and an old church with a statue of Saint-Sigismond. The sculptor seemingly didn’t know exactly what this holy person looked like and therefore used another French hero as the model: Vercingetorix. Because of the thick walls and small windows, the church as a unique atmosphere.

Besides the castle and the church, Larressingle doesn’t have many homes. One of the properties houses a museum where the history of the village is told using costumes. The small streets and alleys are beautiful. There is even a small outdoor theatre at the back of the village.

Just outside the medieval village lies a medieval theme park. Here you can view the fourteenth century war, complete with knights, catapults and siege towers. Fun for both adults and children.

Larressingle is located in the middle of Armagnac. This region produces a delicious drink. The village is surrounded by grapevines of which this noble drink is made. In the immediate vicinity of Larressingle are great opportunities for tasting and purchasing Armagnac.