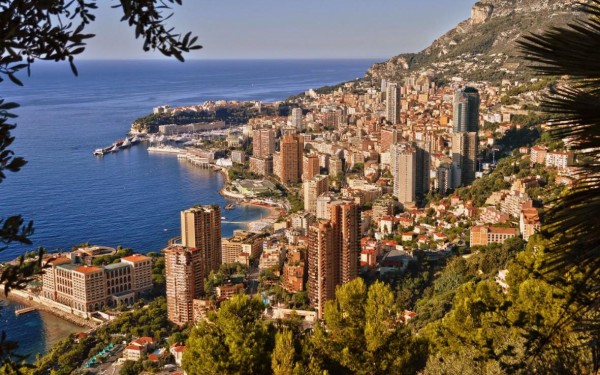 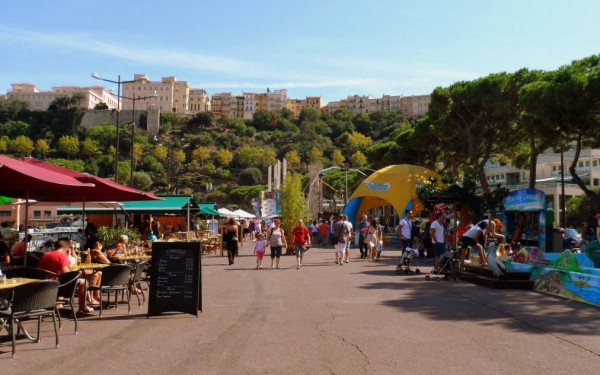 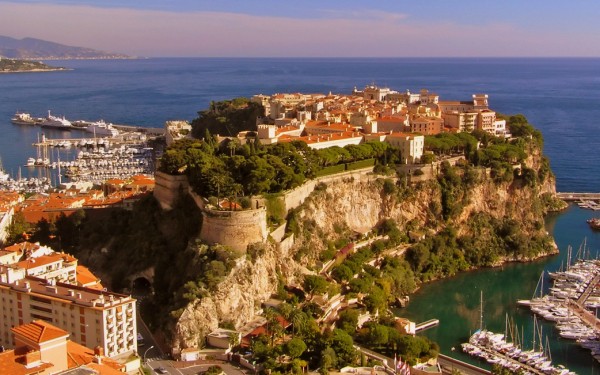 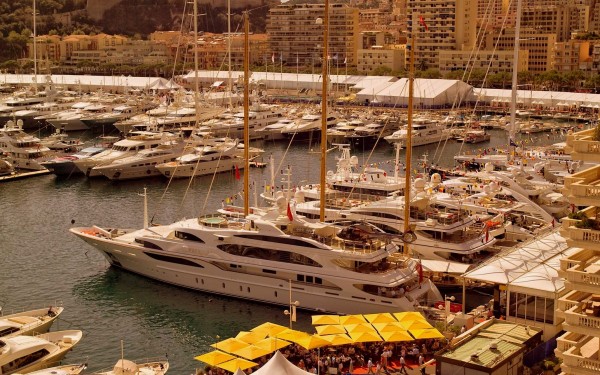 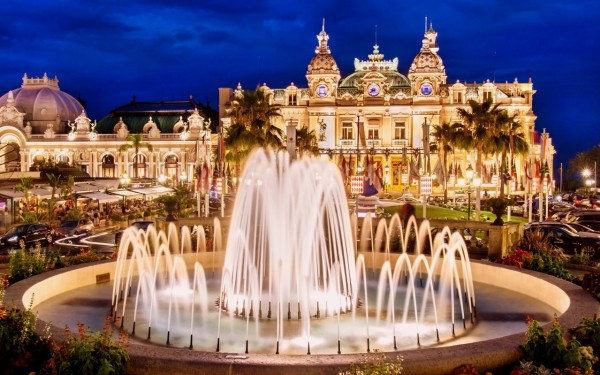 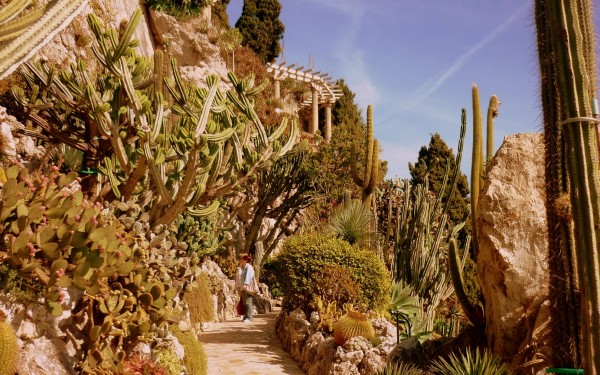 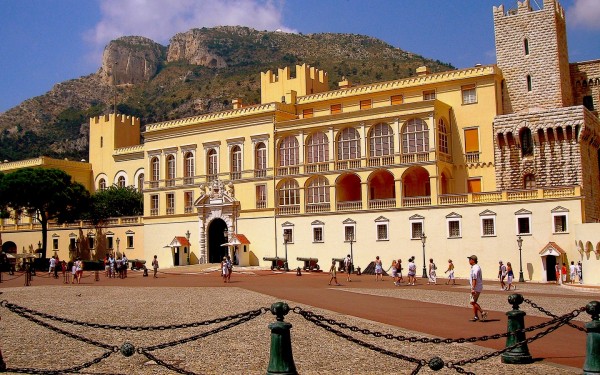 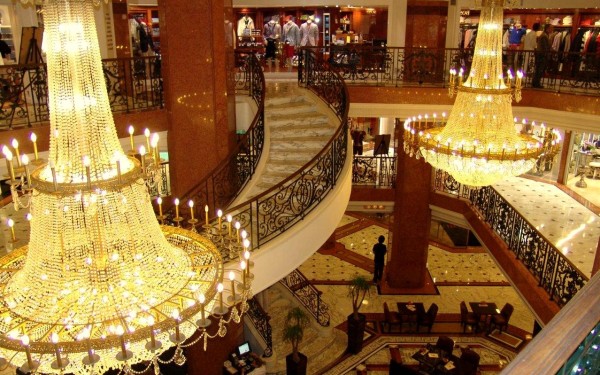 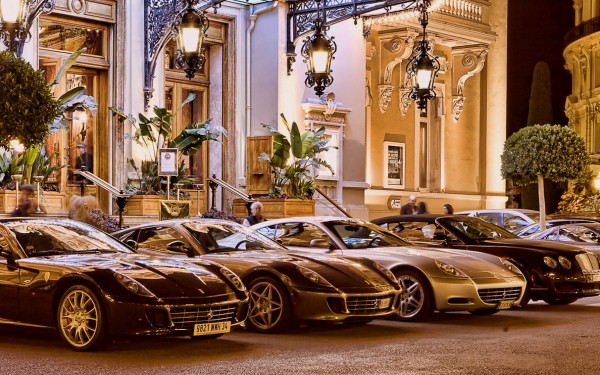 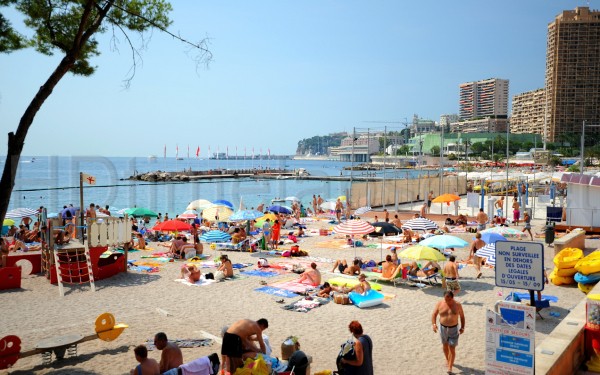 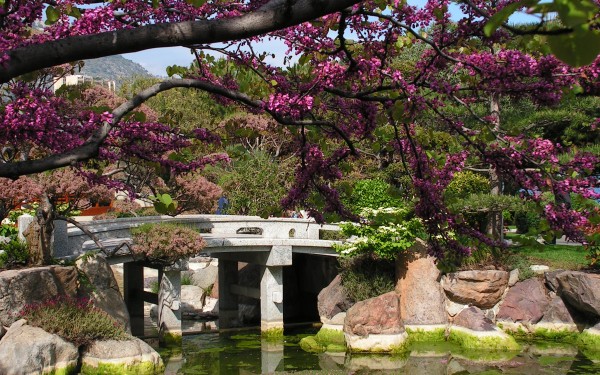 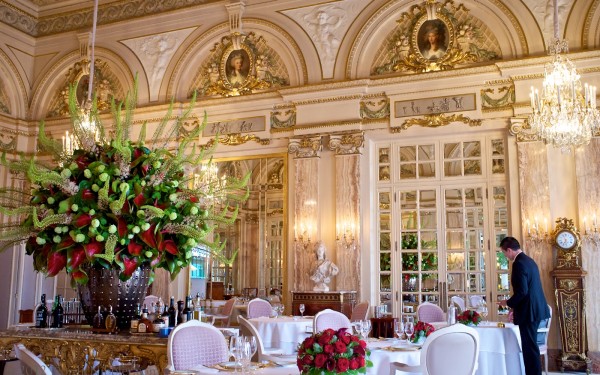 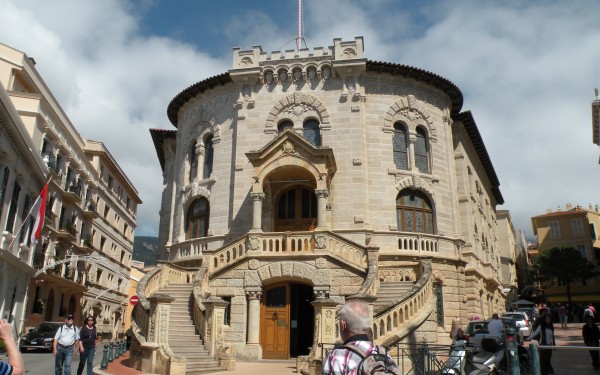 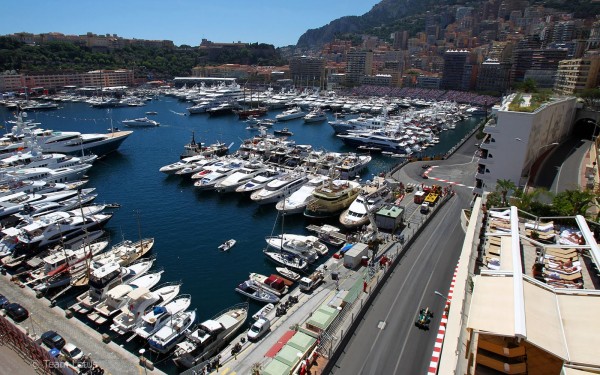 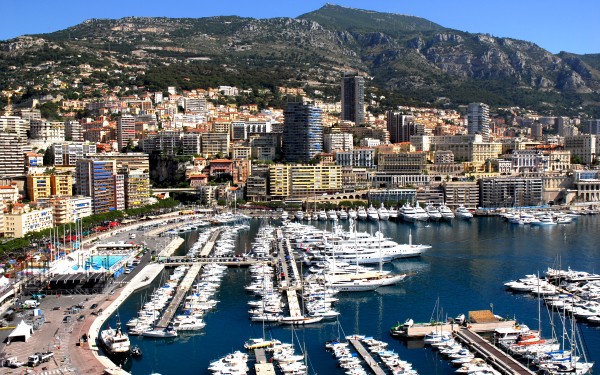 The Principality of Monaco is situated on the Mediterranean sea and only shares land borders with France. After the Vatican, it is the smallest country in the world.

François Grimaldi has taken the Rock of Monaco in the thirteenth century. From that moment on, the Grimaldis have held power in Monaco. A simple fort, built in 1991, stood on this rock.
There is not much left of the original fort. A magnificent palace emerged that is partially open to the public. The palace also houses a museum where you can admire the sock and handkerchief of Napoleon. Every day around noon, the changing of the guards takes place outside the palace. The guards, as with Buckingham Palace in London, don't move even a little when you're trying to get their attention.

Prince Renier III wanted to restore the economy after World War II by marrying a celebrity.
After first having a go at Marilyn Monroe, he eventually married Grace Kelly. The following years, the country was overrun by Americans who came to this glamorous principality. Tourism is still the main source of income for Monaco. Most tourists come to the country to visit the casinos and because of the pleasant climate.

Monaco is mostly famous because because of the many wealthy people who live there. Tax-wise, living in Monaco is very attractive. An important source of income for Monaco is formed by tourism and casinos like Monte Carlo, where millions of Euros are gambled every year.

Monaco offers many attractions. Actually, the entire country is an attraction. In the oldest part of the town Monaco-ville, you can still see most of the old grandeur of the city. Some historical highlights include the Prince's Palace of Monaco, the Monaco Cathedral and the Musée Océanographique de Monaco. Another famous district of Monaco is Monte Carlo, known for the Monte Carlo Casino.
The beautiful marina with a few yachts that have cost many millions is certainly worth a visit.

Princess Grace was a lover of flowers. Visit the Princess Grace Rose Garden, near the Fontvieille Park. This garden, which has the shape of a heart, features as many as 4000 rose bushes in 150 different types.
The Jardin Exotique de Monaco in Fontvieille is also beautiful. Here, various types of cacti grow in a botanical centre with seven greenhouses. There is also a cave with various archaeological finds and stalagmites and stalactites.
On the coast there is a Japanese garden with many bridges and waterfalls. Prince Rainier III ordered the construction of this garden.

The Grand Prix of Monaco, along with the 24 hours of Le Mans and the Indianapolis 500, belongs to the most famous races in motorsports. This race with Formula I cars driving through the narrow and winding streets of Monaco is a big event. This race, which is organised every year in the month of May, is known as the classic and most difficult of all circuits.