Tourtour, the village among olive trees in Provence 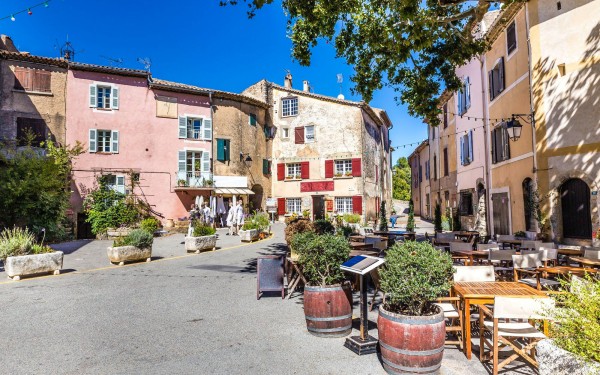 Tourtour is located in Provence, in the Var department in southern France. It is one of the most beautiful places in France and is therefore included in the list of "les plus beaux villages de France". Be sure to take a look at this list before visiting France to see which places in the vicinity of your holiday home are on this list. In the vicinity of Tourtour there are a few: "plus beaux villages" such as: Cotignac, Moustiers-Sainte-Marie, Bargème and Seillans. These places are definitely worth visiting. Tourtour is located between the towns of Draguignan and Aups, around 50km away from the Mediterranean coast and 40km away from the Gorges du Verdon. The village is popular with tourists. Due to this the facilities are good and there are plenty of restaurants with terraces. During your holiday, plan an afternoon to discover this beautiful village.

Beautiful views over the French landscape

The region around Tourtour is hilly. The drive to Tourtour is beautiful. After each hill you will be greeted by a completely different landscape with typical Provencal villages and olive groves. Tourtour is located at an altitude of 635 meters and rises above the surrounding hills. This gives you a beautiful view of the surroundings from all sides. If the weather is good, you will be able to see Mont Ventoux, the Massif des Maures or the Sainte Baume.

Enjoy the view of 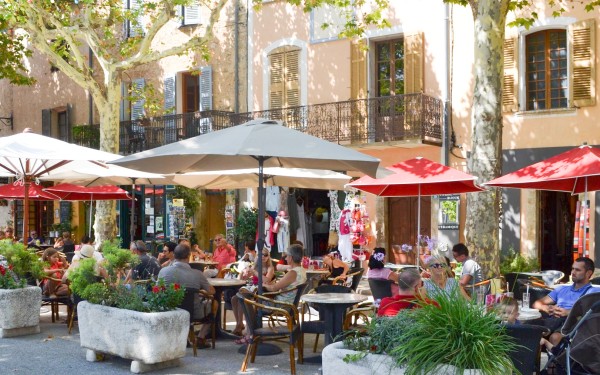 Tourtour, a must-visit during your holiday

If you are looking to experience the real, authentic South of France, plan a visit to Tourtour during your holiday. Park your car outside this medieval village and take a walk through the narrow winding streets with characteristic houses and vaulted passages. Also walk past the eight fountains! There are restaurants and shops around the central village square. The large plane trees provide shade to the square. Thus, on hot summer days it is a wonderful place to enjoy a cold drink. Tourtour is very peaceful and quiet and it seems as if time has stood still there. The village is popular among artists, during the summer you can see many of them at work. The village has a few galleries. During the high season it is quite busy in Tourtour, regular village festivals and concerts are also held  then. The Provencal market is on Wednesdays and Saturdays.

The name Tourtour is derived from the old word "tör", which means mountain or mountain top. Because of its strategic location, Tourtour grew into an important town in the twelfth century. To protect the town, defense walls were  built. The oldest ramparts are around the castle. The second extension of the defense mechanisms was the gates that were built in the 14th and 15th centuries on Grand Rue. The third extension includes the 17th century castle and the Chapel of the Holy Trinity.

Although Tourtour is not very big, it has three castles. That's a lot of castles for a small village like Tourtour! The remains of the castles are still in good shape. The oldest castle, or its ruin, dates back to the thirteenth century. It is clear that the village needed to defend itself against the marauding mercenaries. One of the castles serves as a town hall these days. 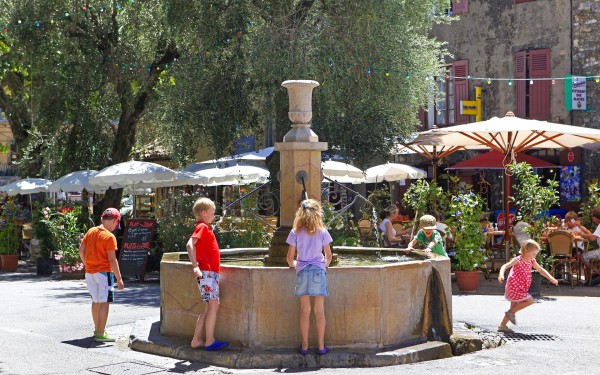