Cahors - capital of the Lot 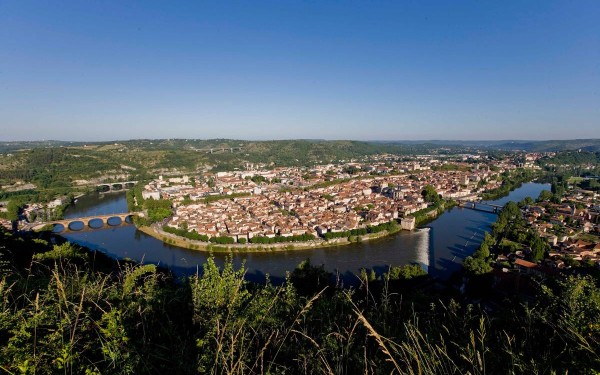 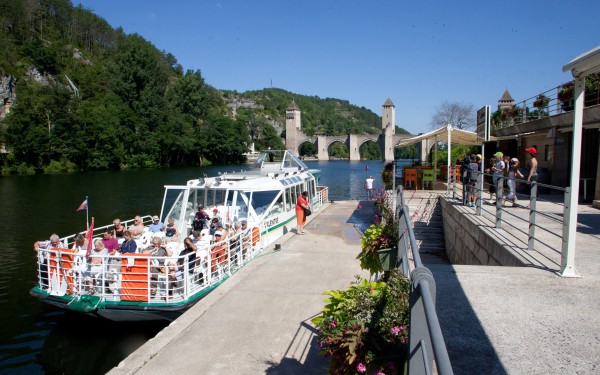 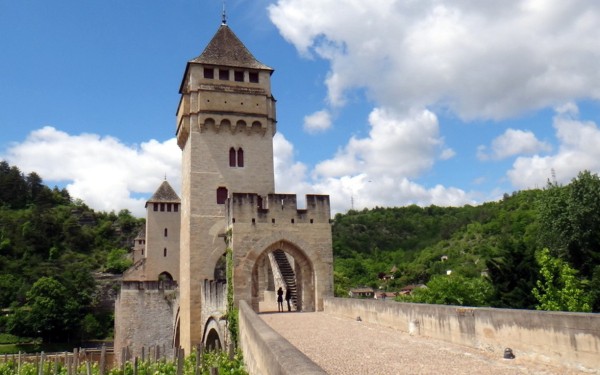 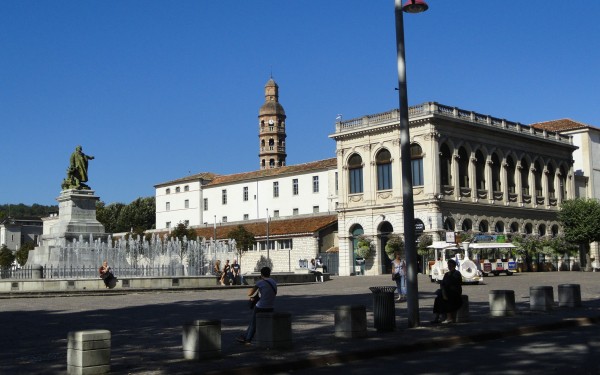 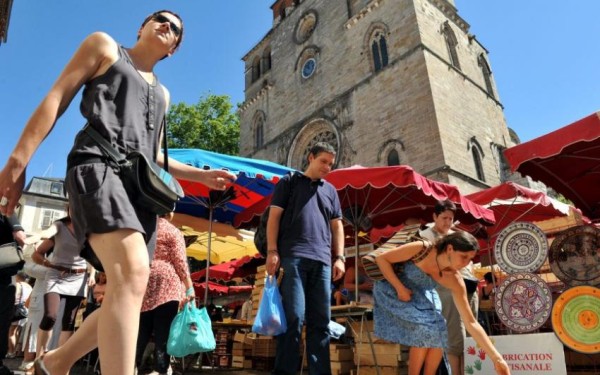 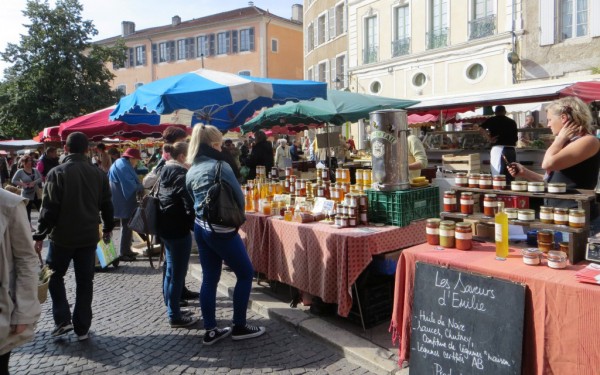 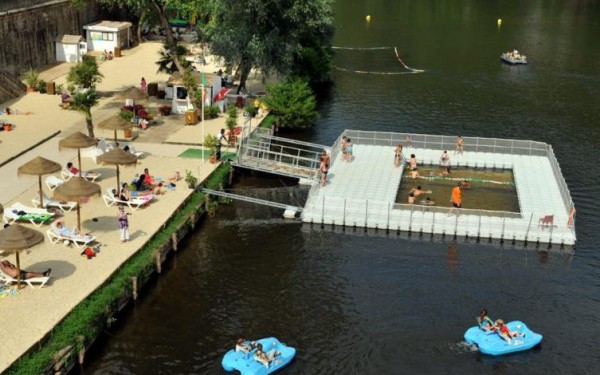 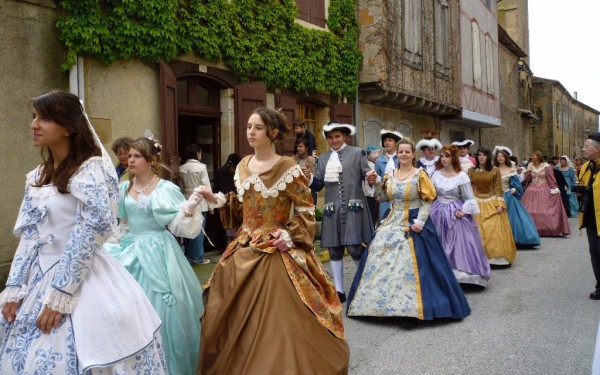 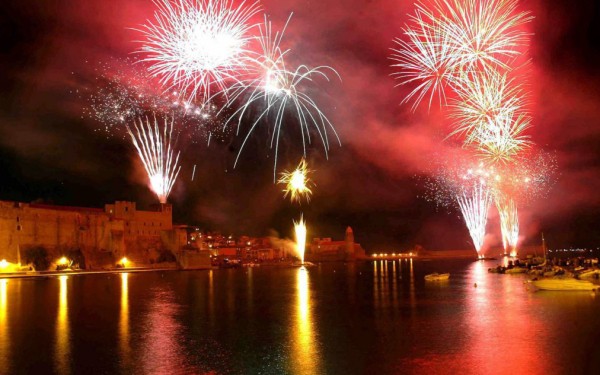 The city of Cahors, capital ("préfecture") of the Lot, is the most important city in the department, with over 20,000 inhabitants. It is the historical capital of the Quercy region. The city lies in a bend of the river Lot and is surrounded by steep hills of limestone. The hills to the north and south of Cahors offer panoramic views of the beautiful collection of towers, ramparts and bridges of the city. In the city it is always fun: there are many nice boutiques and cozy terraces.

Cahors, built in Roman times, was a prosperous European city during the Middle Ages and an important center in the region of commerce, banking and education. Today you can discover this golden age during a visit to the old and lively city center. You will see the buildings with characteristic medieval features.

Discover the old town of Cahors (Quartier des Badernes) and cross the medieval streets of the city in the Tourist Train during a tour of about 45 min. Starting point is the Pont Valentré bridge. There is a lot to see:

The main street of Cahors is named after the famous 19th century radical politician Léon Gambetta, from the city. The shops in this street and the nearby covered market offer all kinds of local delicacies, including the rich, full wine of Cahors, called vin noir. To the east of Boulevard Gambetta lies the old quarter, with houses that recall a glorious past.

The cathedral, on the place Aristide-Briand in the old part, is one of the most original domed churches, unique because it has two dome vaults. It has a beautiful cloister. The Roman ship has been extended with Gothic chapels. The two large domes are decorated with 14th century frescoes. The late Gothic cloister has beautiful carving. The most beautiful element of the cathedral is the 16th century tympanum above the northern door, on which the Ascension of Christ, carried by angels, is depicted.

This footbridge is the symbol of the city. In 1308 the construction of the bridge started and is part of the roads to Santiago de Compostella. Building the bridge has lasted 70 years and so the myth of the devil has arisen. The builder of the bridge would have sold his soul to the devil in order to speed up the construction, but had come from it with a trick. As a reprisal, the devil broke every night what had been added to the central tower the day before. During the restoration in the 19th century, a devil was added in the middle tower. It is the only bridge in the world with fortification and three towers.

The secret gardens of Cahors are unique in France. They are scattered throughout the city. A walking trail has been set out in the medieval streets and through the gardens to get acquainted with the heritage of the city and with plants grown in the Middle Ages.

Cahors is also the name of the wine that this region supplies. There are around 460 châteaux or wine chateaux that produce this wine and often sell directly to private individuals. The Malbec is the most important grape used for this purpose.

In the center, a colorful one of the most beautiful markets of Southwest France is held all year round on Wednesday and Sunday mornings on the Saint-Etienne cathedral square. Here you will find traditional marketers and sellers of regional products.

From Luzech to Larnagol the Lot can be sailed over a length of more than 70 km from April to November. Discover the valley of the wine region of Cahors, the famous Pont Valentré, and visit the heart of the Parc Régional des Causse du Quercy to admire its impressive rocks.

Various boat trips are organized from the Pont Valentré. There are tours of an hour, but also longer to a day cruise.
You can choose from the river to view the history and architecture of the city, another trip goes up to Saint Cirq Lapopie. Here you can see especially the beautiful surrounding landscape. There are also trips to the west with which you mainly see the wine region of Cahors.

In the long summer season, a lot is organized in Cahors: various festivals, night markets with live music, fireworks from the Pont Valentré, a city beach along the Lot, including a swimming pool in the river, rental of pedalos, a playground, swimming pool with slides, a climbing wall etc.