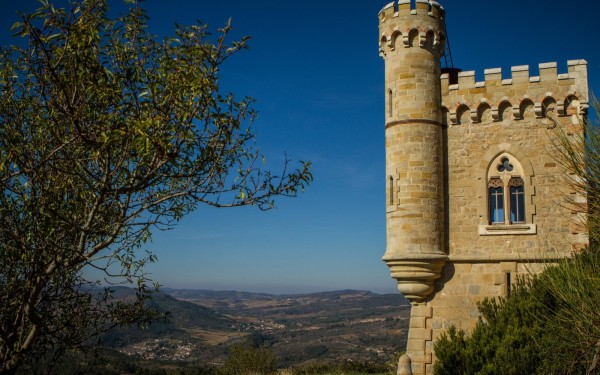 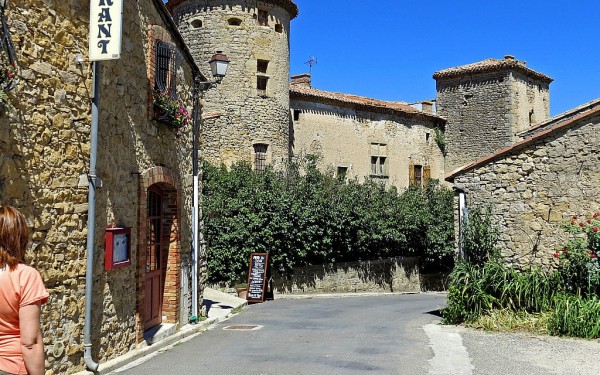 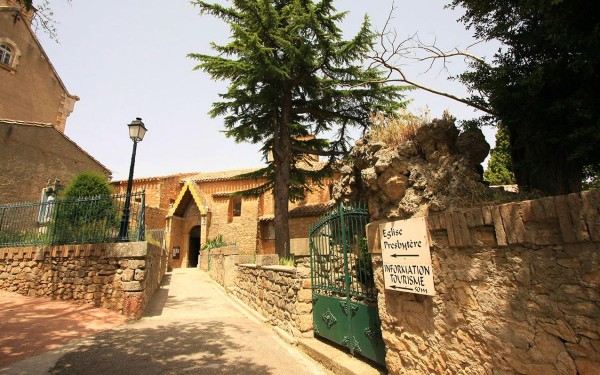 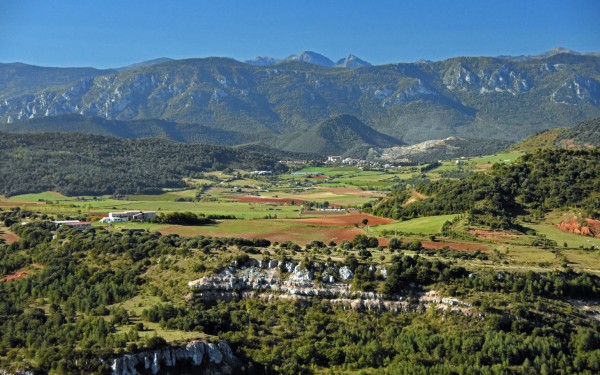 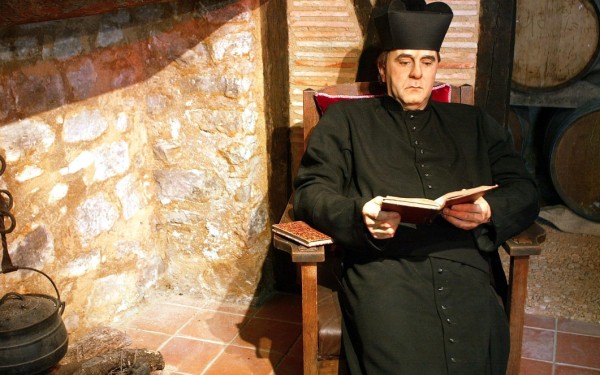 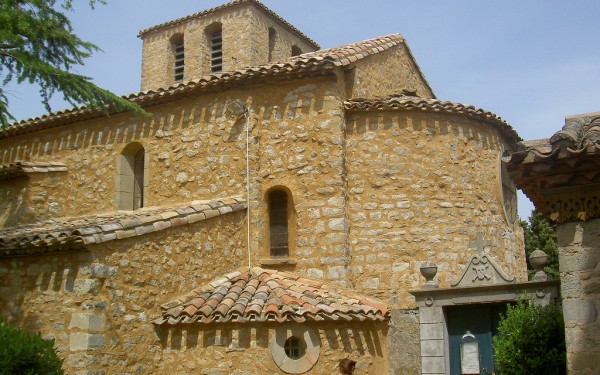 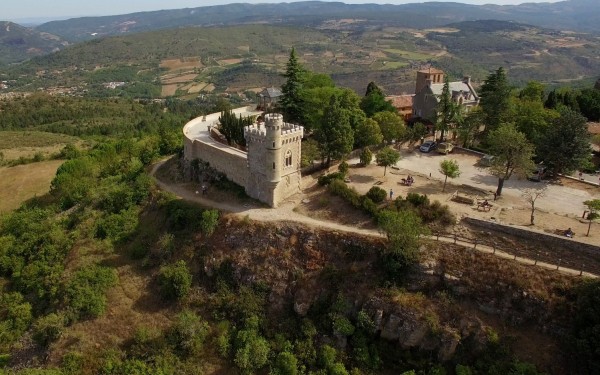 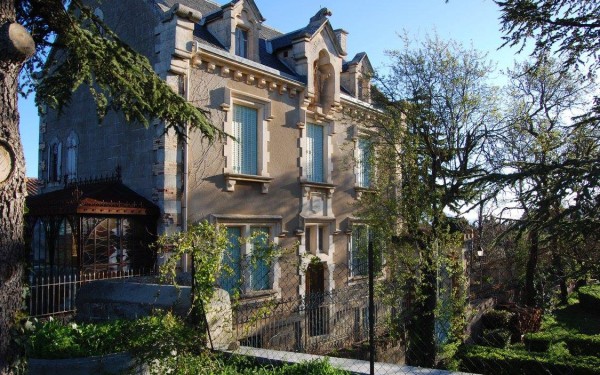 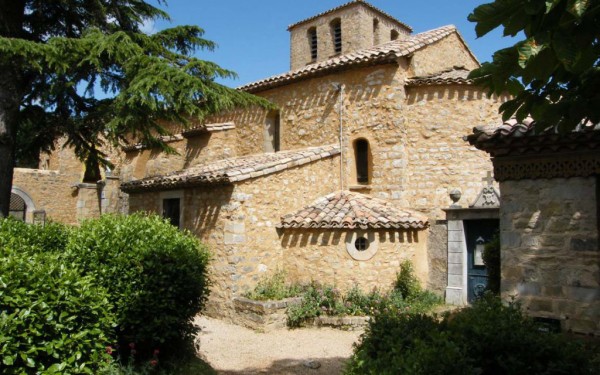 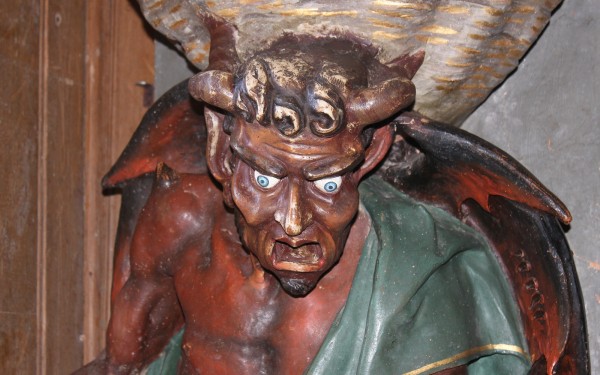 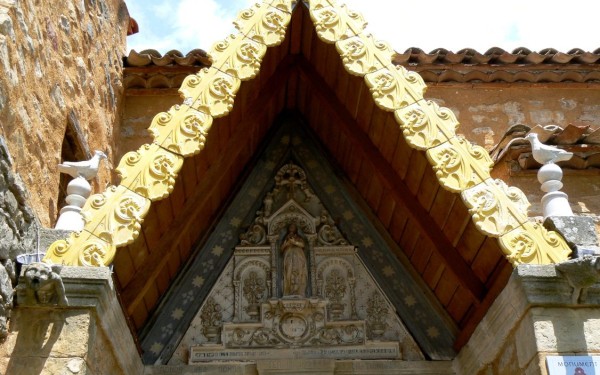 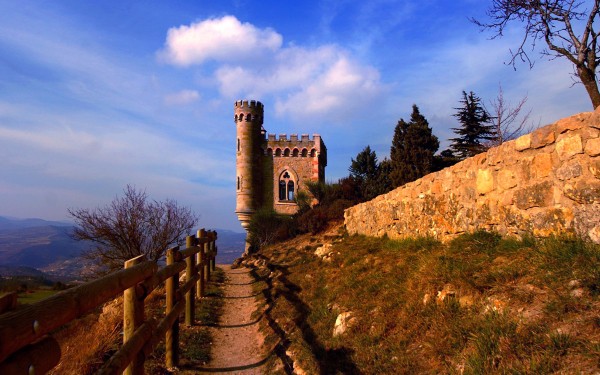 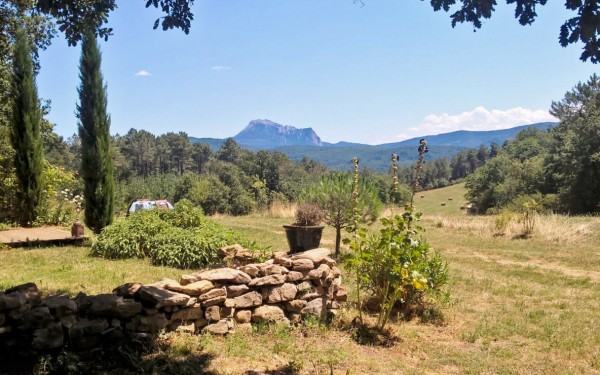 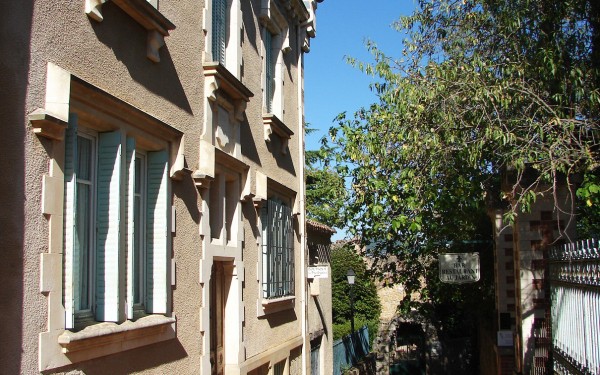 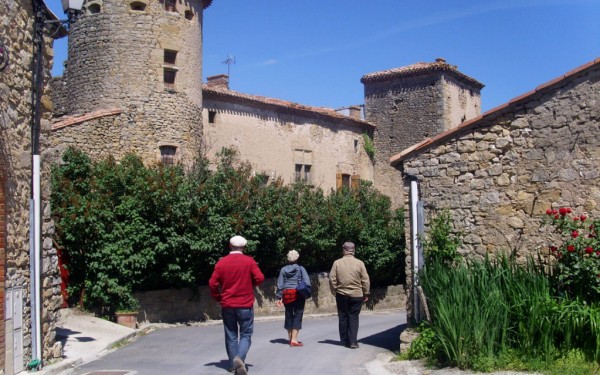 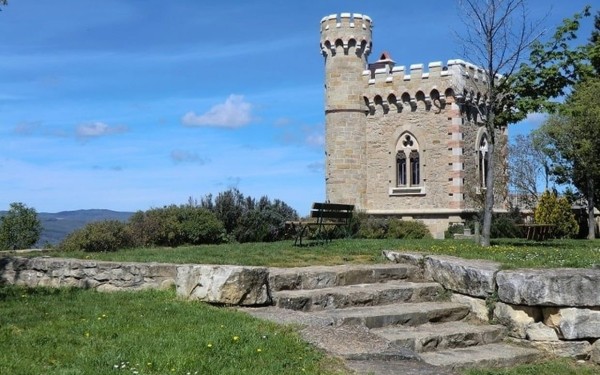 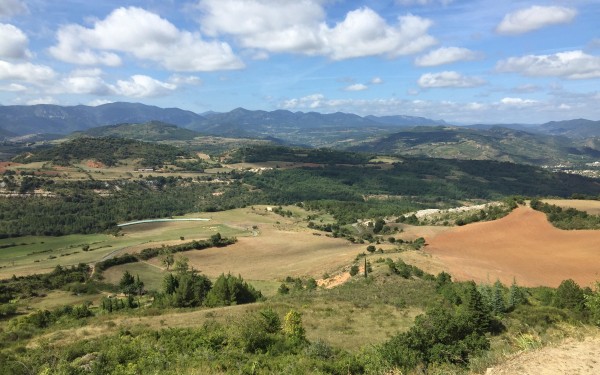 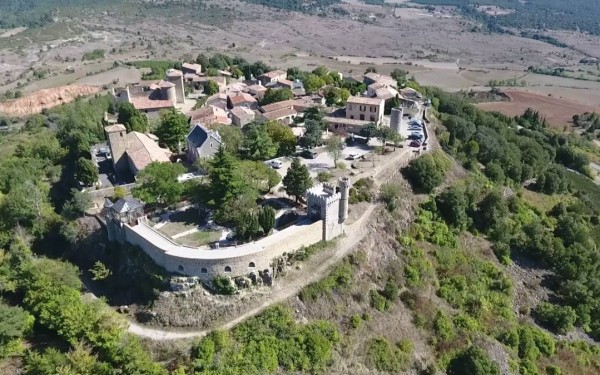 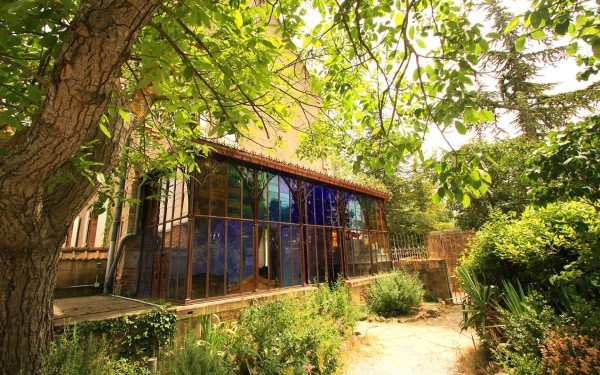 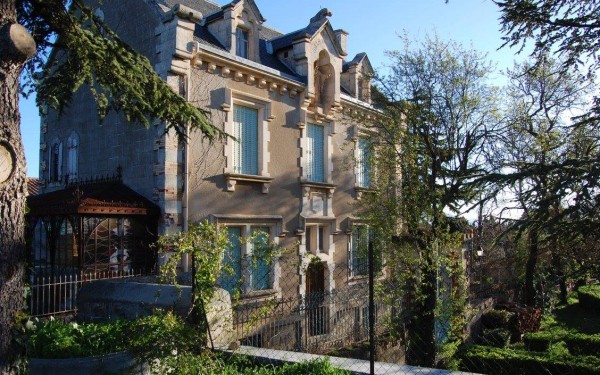 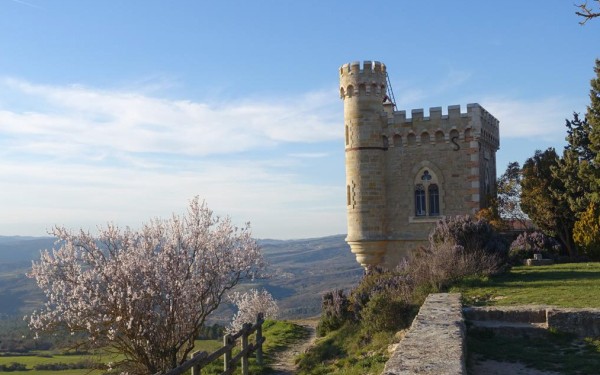 On the road from Carcassonne to the south, direction Limoux and Quillan, you will find the exit to Rennes le Château between Limoux and Quillan. This small village with around 100 inhabitants is known throughout France and far beyond. It is the site of one of the greatest legends that have been inspiring many at home and abroad for decades. The Da Vinci Code of Dan Brown seems to be based on it.

Via a narrow road you drive up the mountain towards the village. Halfway you have a view of a castle ruin. Next to the château is a graveyard and small village church. On the other side of the church is a large villa, far too large in relation to the church and other buildings. The house was built by pastor Bérenger Saunière, who lived from 1852 to 1917. This pastor forms the center of the legend. At the end of the nineteenth century, he suddenly had enormous wealth at his disposal.

Restoration of the village church in Rennes

During the period that Saunière was a pastor in Rennes, the village church is in poor condition. Saunière starts the restoration with a lot of energy. Because he has few financial resources, this is going very slowly. During this work he found something in the church that suddenly gave him a large amount of money.

The story goes that he found a treasure in one of the pillars of the altar (which still dates back to the time of the West Goths): gold coins, jewels and some parchments with an extremely secret mystical message. According to his brother and his bishop, the church wanted this secret never to be revealed at all costs. Saunière dies in 1917. His housekeeper Marie Dénarnaud inherits his belongings. He would have told her the secret.

Marie lived a life in luxury. She would probably reveal the mystery on her deathbed. However, she was hit by a stroke and died at the age of 85 and took the secret to her grave.

A life in luxury

After receiving a lot of money, the church was completely restored in the following 15 years. In addition, he had a large luxury villa built and a tower: the Magdala tour. The pastor had an annual salary of around 100 francs at the time, but spent around 2.5 million euros converted. He received guests far above his stand.

The mystical documents brought Saunière into contact with occult societies in Paris. With the large amount of money he then owned, he built Villa Bethania, among others. Special is that this villa has a special extension that looks very much like a Masonic lodge with the blue ceiling with stars and the specific altar. The villa bears witness to great luxury at the time it was built: there is a large, beautifully landscaped garden with a fountain.

The villa is still there, on the far corner of the village. The villa is now a museum. You can walk around in the garden. The view is beautiful.

Saunière also built a tower on the edge of his garden, which he called La Tour Magdala. From that tower you look at the Pic de Bugarach, a mystical mountain. This mountain is experienced as mystical because the tops are older than the underlying layers. It is a meeting point for all kinds of esoteric companies.

The Tour Magdala was originally used by Saunière as a library. A striking detail is that the steel door of the tower can only be locked on the inside.

The restored church with all sorts of riddles

The church that was rebuilt by Saunière contains various details. These are all things that would be linked to the mystery: