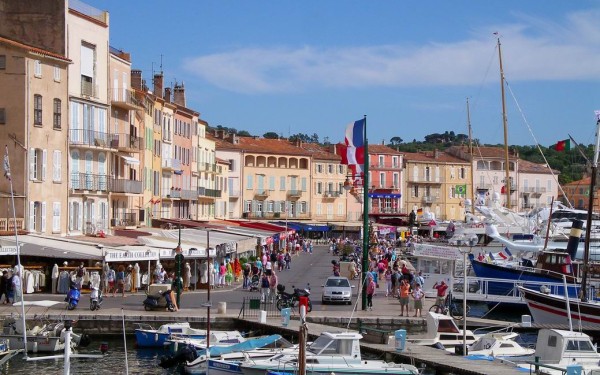 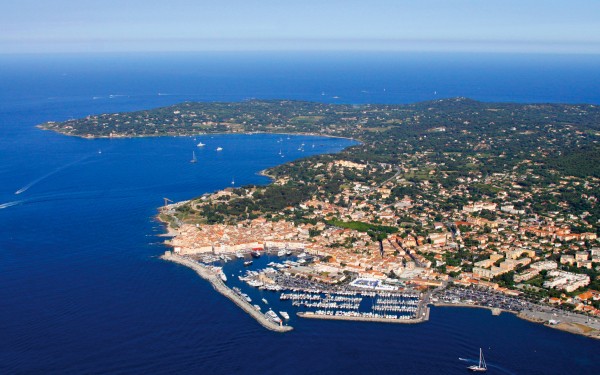 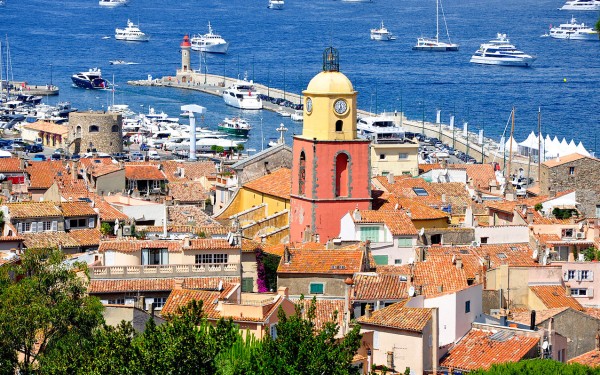 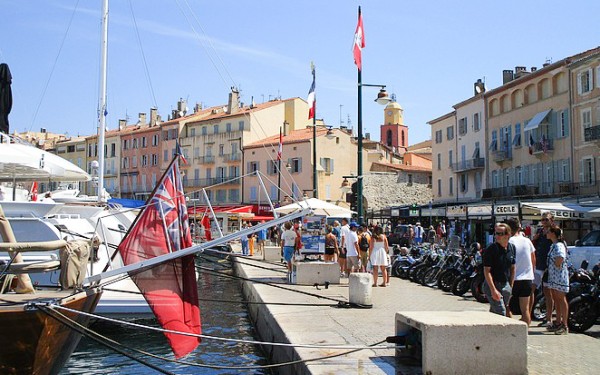 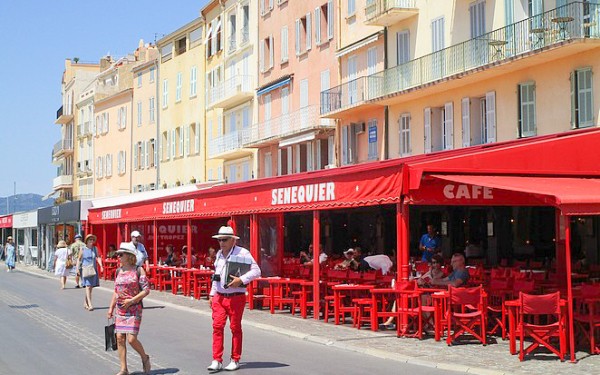 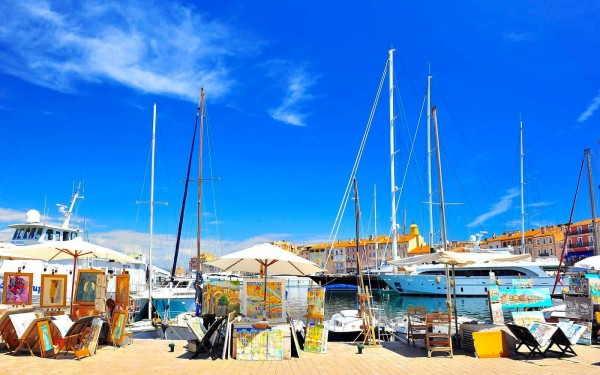 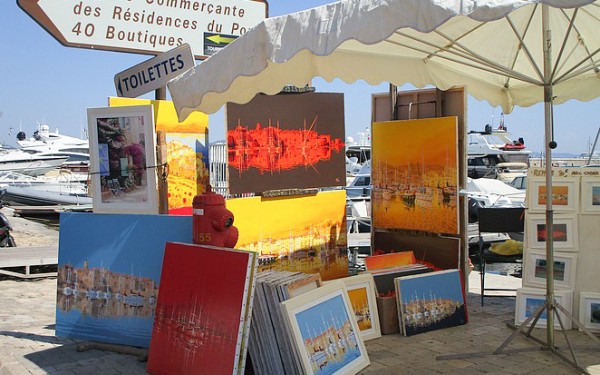 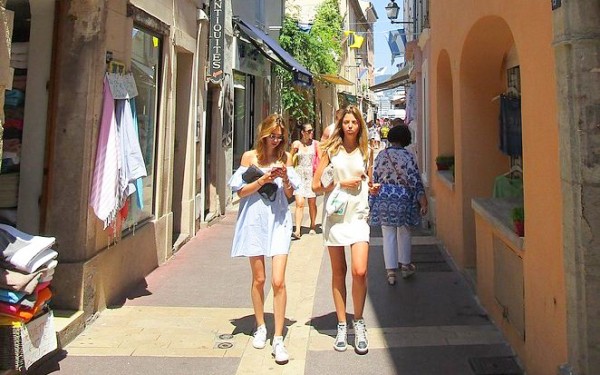 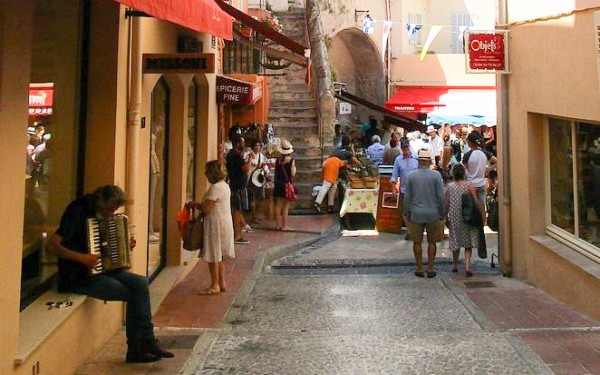 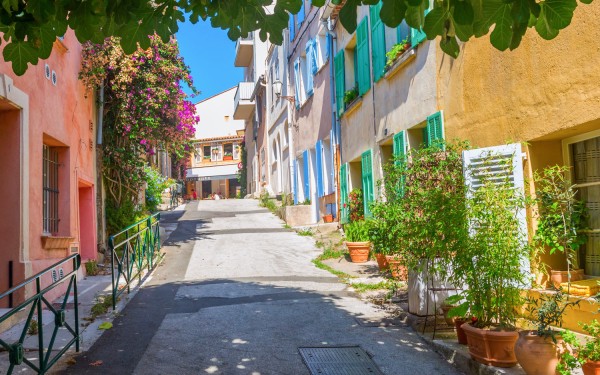 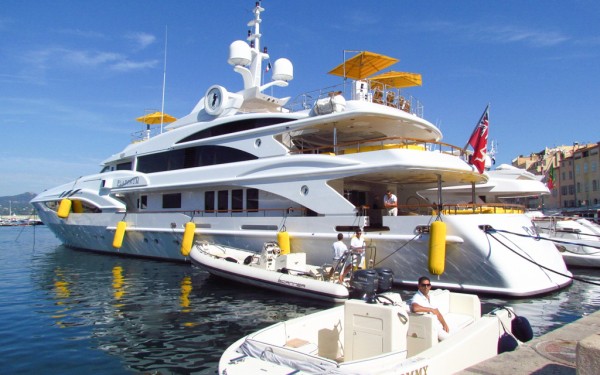 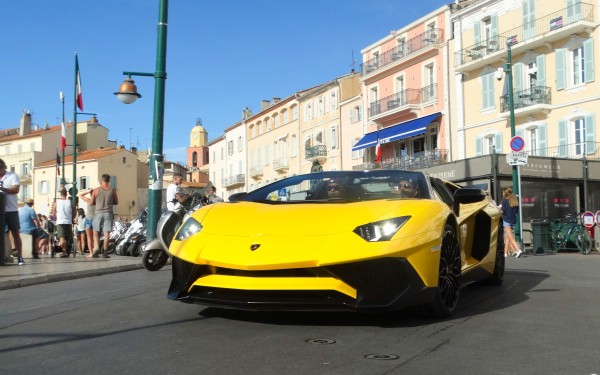 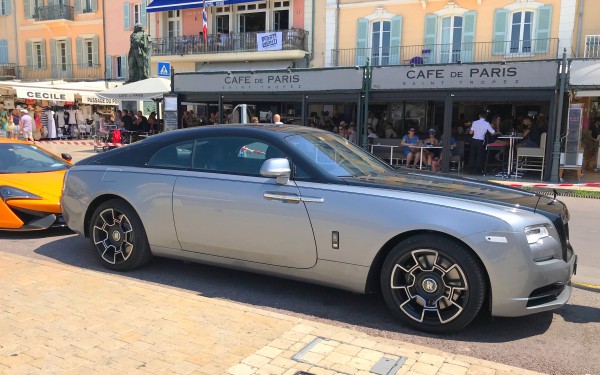 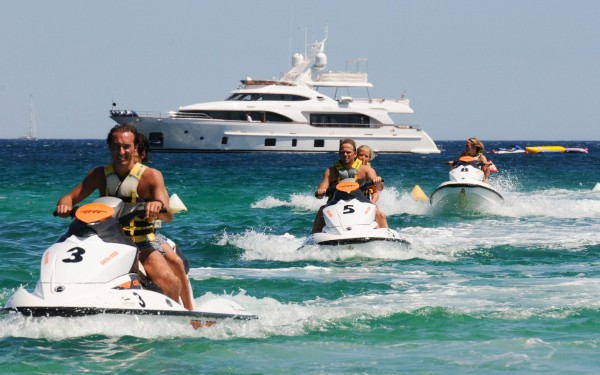 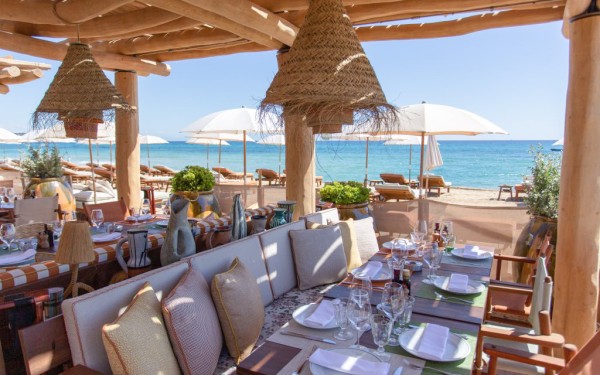 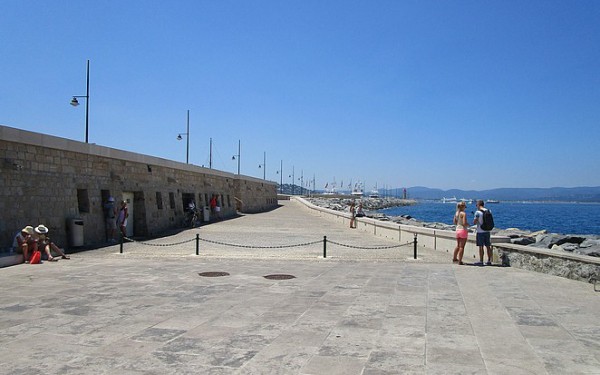 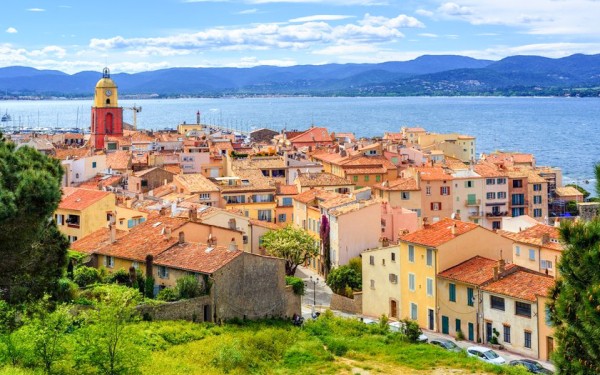 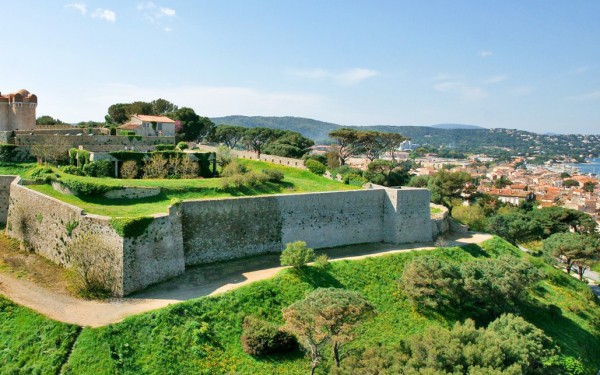 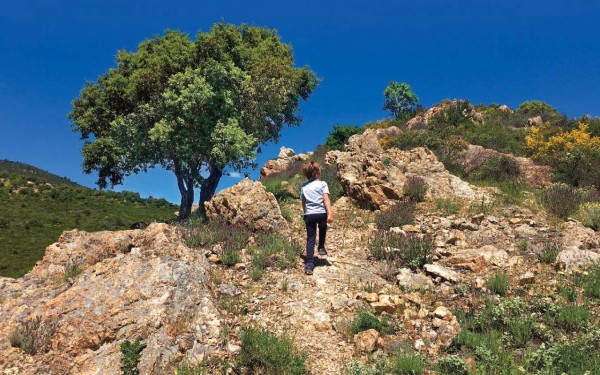 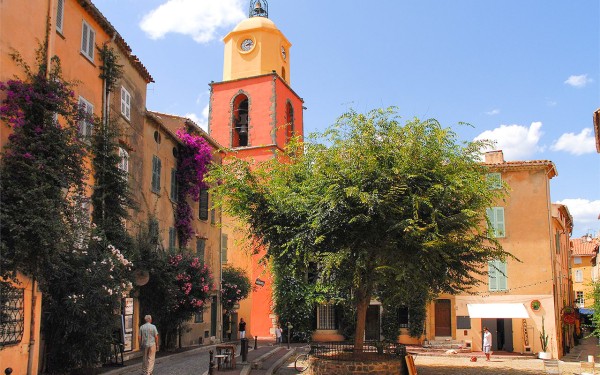 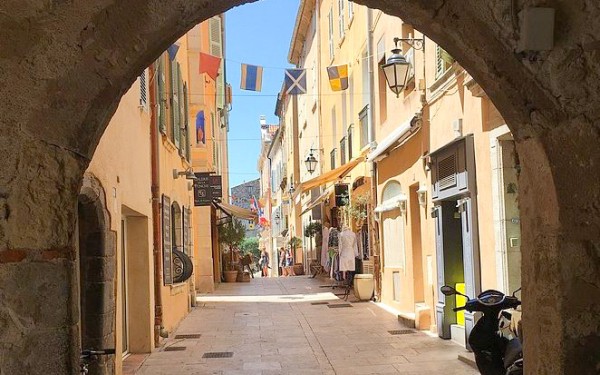 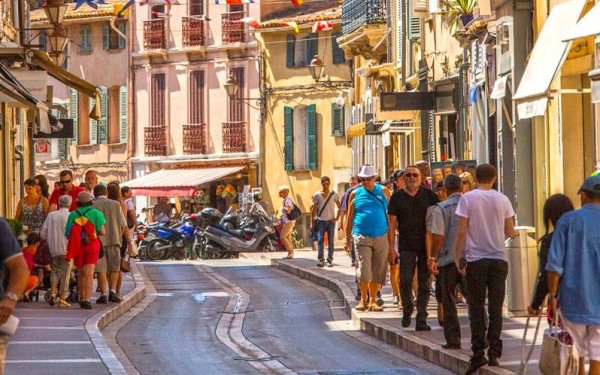 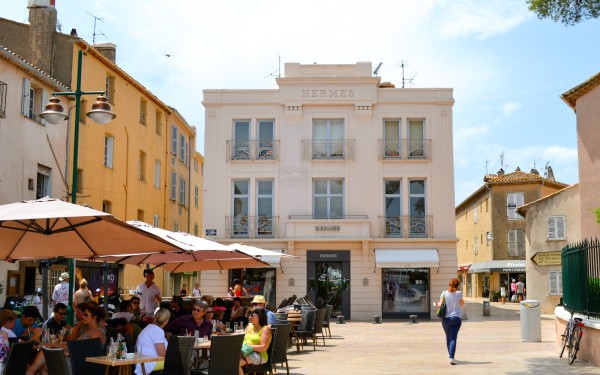 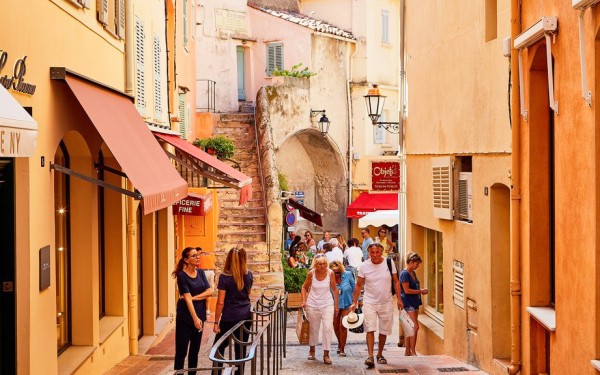 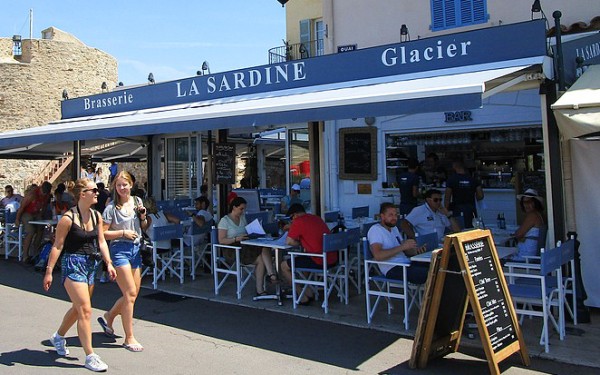 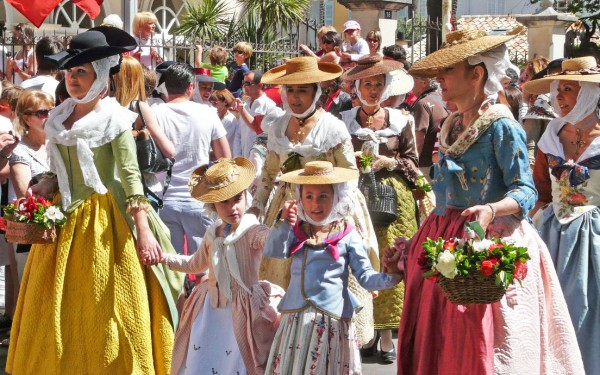 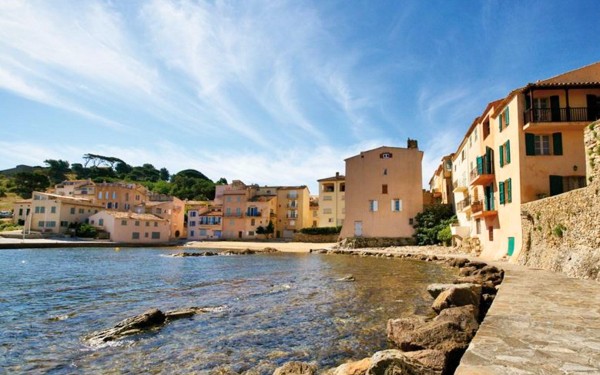 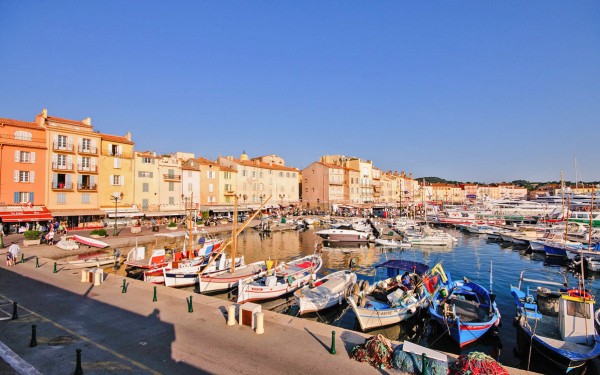 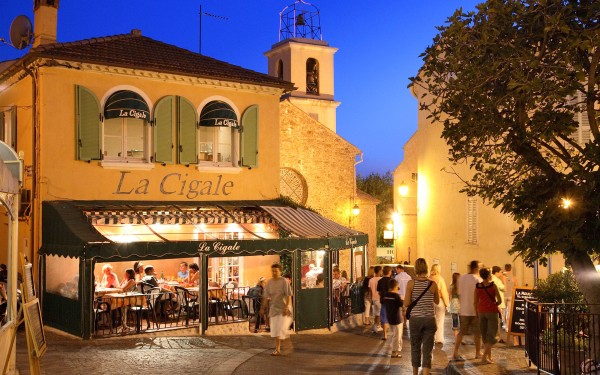 Many people will visit Saint Tropez for a day while on holiday in Provence - Cote d'Azur. The legendary village receives visitors from all over the world. Luxury yachts are moored in the harbour, expensive cars are driven around and in some restaurants a cup of coffee or a glass of wine will be very expensive. However, if you were to leave the harbour and roam the old streets of the village, you’ll find yourself in a very different environment. A place where you’ll find charming squares, small beaches and Provencal markets. Originally Saint Tropez was an ordinary fishing village which it still is in wintertime. By then the fishing boats are back in the harbour. In July and August it is extremely busy in the village and all the entrance roads are packed. It would be better if you sail from Saint Maxime or Cannes. The best time to visit Saint Tropez is spring and autumn.

Festivities on May 17 in Saint Tropez

Very often people mistakenly think that the name Saint Tropez originated from the word ‘tropical’. The village is actually named after the Saint Torpes of Pisa. He was beheaded during the time of Emperor Nero. Legend has it that his body or even just his head was placed in a boat. The boat drifted towards the Mediterranean Sea and washed ashore on May 17 where Saint Tropez is now located. Every year, on the day that Torpes is commemorated, there is a pilgrimage to Pisa. May 17th is still a public holiday in Saint Tropez. On that day there is a procession through the streets with women in traditional attire. On May 18th there are parties and the streets are filled with people dancing to Provencal music. The festivities are called ‘Bravade’, which means bravery.

Around 1900 a number of painters and artists moved to Saint Tropez. At the time Matisse and Picasso weren’t famous. They painted several of their famous paintings here. This can still be seen in Museum ‘Annonciade’. This is the first museum of modern art in France. Wealthy Parisians came to Saint Tropez to buy these paintings. They were impressed by the beautiful surroundings and bought their second homes there. This is how tourism came into being and became a holiday destination for celebrities and artists. Saint Tropez gained international fame around 1950 when Brigitte Bardot moved here.

The port of Saint Tropez

The port is where the focus lies in Saint Tropez. In the summer you’ll find huge yachts with celebrities sitting on deck or on one of the terraces on the harbour. Tourists walk along the well-known quays ‘Quai de l'Epi’ and ‘Quai Suffren’ to admire the boats and their owners. At the end of the quay, at the exit of the port towards the Mediterranean Sea, is Rue du Portalet. This is an area for pedestrians with restaurants and cosy terraces.

In the old centre are narrow shopping streets. The most famous are ‘Rue Gambetta’, ‘Rue François Sibilli’ and ‘Rue Clemenceau’. These streets are side by side from the port to Place des Lices. The shopping arcade ‘Passage Riva’ is located between these streets. Rue Gambetta has fashion retailers, charming little shops and nice boutiques with antiques and pottery. Rue Sibilli is where all the shops are that sell luxury items and designer brands such as Louis Vitton, Dolce & Gabbana, Dior, Versace and Gucci. The well-known ‘sandales Tropeziennes’ are also sold there. Almost all the stores start their discount sales at the end of the tourist season. During La Grande Braderie, a weekend at the end of October, the discounted items are sold in street stalls.

Place de Lices has a market every Tuesday and Saturday. There is also a market every morning but that is at Place Aux Herbes. You’ll be able to buy vegetables, fruit and fish there. You can also find antiques and curios, sandals and pottery.

The beaches of Saint Tropez

There are several small beaches in Saint Tropez. Here you can sit and enjoy the view or go for a stroll. Swimming is not allowed, you’ll be able to do so on the beaches west of Saint Tropez. That is where all the water sports such as diving, jet skiing and water skiing also take place. East of Saint Tropez are the beaches ‘Plage des Graniers’ and ‘Plage des Canebiers’. Along the entire coast there are beaches behind the cliffs. There is a walking path along and over these cliffs.

Monuments and museums in Saint Tropez

In Saint Tropez there are several monuments and museums:

Citadel: The citadel of Saint Tropez is located on top of the hill. It is quite a climb but once you are there you have a beautiful view of the bay and the surrounding area.

Musée de l'Histoire Maritime: This museum is located in one of the towers of the citadel. You can see the history of Tropéziens that have sailed across the world's seas.

Eglise Notre Dame de l'Assomption: This church is located in the middle of the village of Saint Tropez. It is a baroque church from the 18th century. This church also contains the bust of Saint Torpes which joins the annual procession.

Maison des Papillons: The most beautiful butterflies from all over the world can be seen in the butterfly museum. It took centuries for biologists to map all the species.

Musée de l'Annonciade: The museum of modern art with works by Matisse, Picasso and Derain.

In addition, there are other monuments to visit: the chapels of Sainte Anne, Miséricorde, the Lavoir Vasserot and the fountain, the gate of Maison du Maure, villa La Hune etc.

Like many other tourist places, Saint Tropez also has its own culinary specialties. The Tarte Tropézienne is very famous. The cake is made of airy and sweet dough with an orange flavour. It is filled with rich cream. This cake was originally made by baker Alexandre Micka and was made famous by Brigitte Bardot. During Bardot's time for filming in Saint Tropez, the baker let her taste these cakes. She suggested calling these cakes ‘Tarte de Saint-Tropez’. Eventually it became Tarte Tropézienne. This cake is known throughout the entire Côte d´Azur.

During a hot summer day, everyone has an appetite for ice cream which you can buy in many places. The most famous ice cream parlour in Saint Tropez is Barbarac. Glacier Barbarac is also called ‘le temple de la glace tropézienne’.

Events and festivals in Saint Tropez