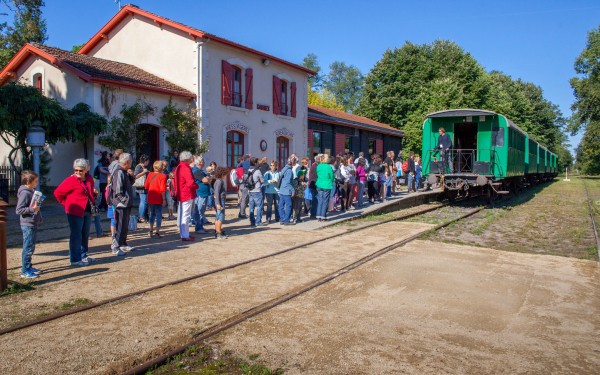 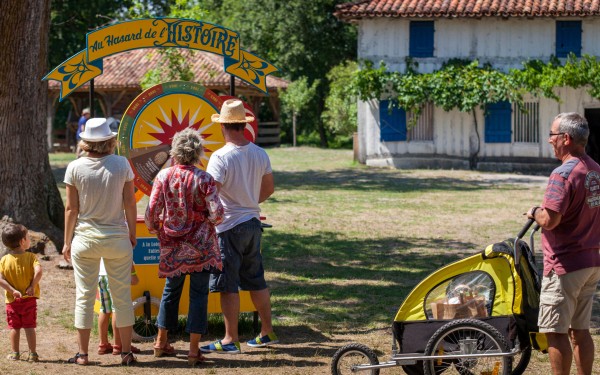 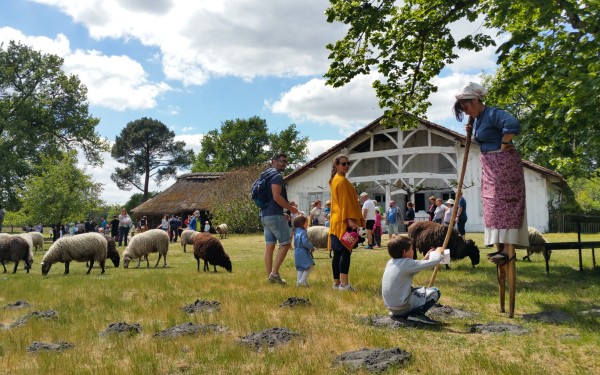 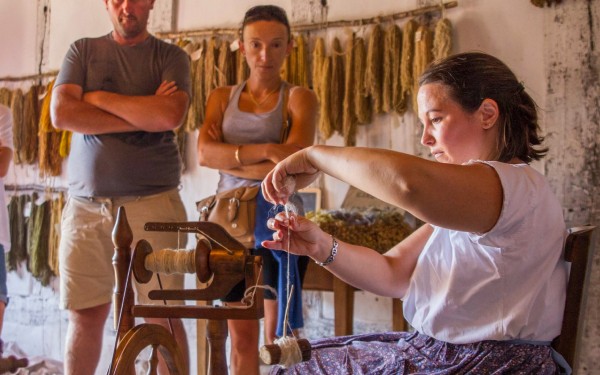 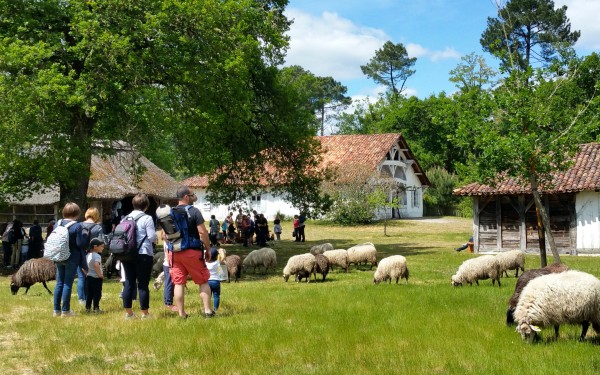 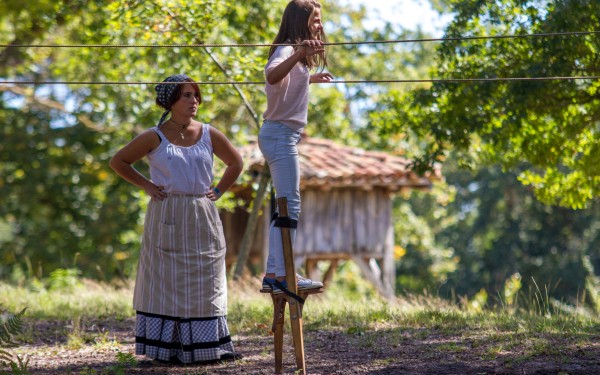 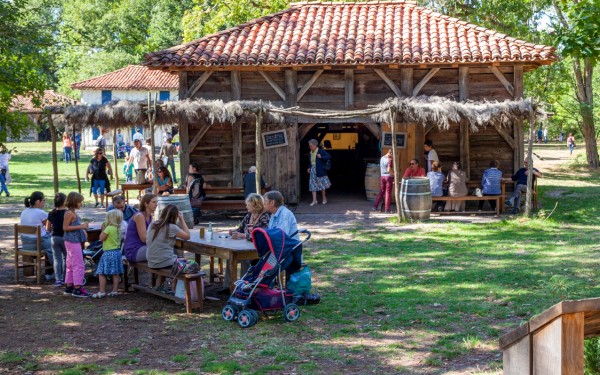 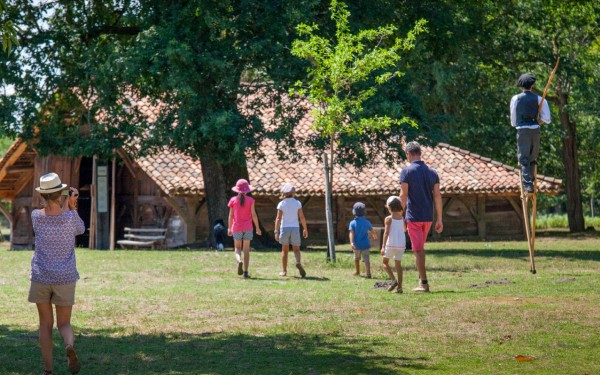 In the middle of the “Parc Naturel Régional des Landes de Gascogne” lies the ecomuseum Marquèze. Marquèze is a small village which still looks as it used to look in the olden day. It has traditional houses, old furniture, animals and its original inhabitants. Take a blast in the past together with your partner or with your children and visit the shepherd with his sheep, the baker who bakes fresh bread in his wood oven or visit the miller who will reveal his secrets for flour making in his old mill. The only way to get to this unique village is by travelling on the old steam train that runs from Sabers to Marquèze. There is a large car park at Sabers station where you can park your car and immediately get on the train heading towards this little village.

The train departs several times a day from June to September. Entrance to the museum is included in the price of a ticket. This 5 km train ride from Sabers station to the Ecomusée de Marquèze is wonderful for both children and adults. The train used to travel from Sabers via Labouheyre to Mimizan. These days only the part from Sabers to Marquèze  is still in use.
From 1889 to the 1960s, the railway was used to transport passengers and goods. At that time, the area was only accessible by train. The train is also called the resin stepper train because in the olden days resin was collected from the trees in the extensive forests and processed into all kinds of products, the people who collected the resin travelled to work by train every day! The train that currently runs between Sabers and Marquèze was built around the year 1910.

The museum village was opened around 1970. It is managed by the Landes de Gascogne Regional Nature Park and was the first eco-museum in France at the time.
The moment you step off the train you enter a different world. Marquèze is a hamlet, hidden in the woods, where time has stood still all these centuries. Before the train connection was established, the village was virtually cut off from the outside world and was therefore for a long time self-sufficient.
The village is now a reconstruction of life in earlier times with authentic houses, the original school, sheepfolds and a mill. The original population still lives in the area: the "dauna" (the lady of the house in Gascon), the ox herder, the shepherd on stilts, the farmer, they are all there.

Go back in time by walking past these characteristic houses, tasting the freshly baked bread and exploring the forest. Also try the Pastis de Marquèze, a local specialty. There are also demonstrations of ancient crafts such as weaving, pine resin mining or traditional soap making and various workshops.
For lunch you can go to the "Estanquet", a local tavern where you can enjoy local products whilst resting in the shade of the oak trees.
The children will have a great time playing traditional games such as "gascon palette", skittles, fairground games, stilt walking and treasure hunting.