Oradour-sur-Glane, a monument of violence and sorrow 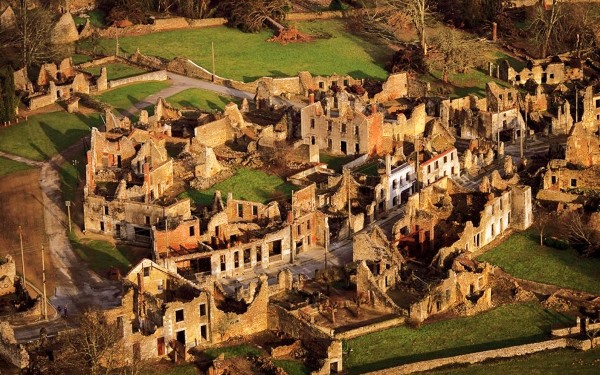 The village of Oradour-sur-Glane is located northwest of Limoges and is an impressive monument to the atrocities committed by the Germans in the Second World War. Almost all the inhabitants of the village were killed by a SS unit on the 10th of June 1944 and the entire village was destroyed. There are few places in France were the horrors of WWII are as palpable as in Oradour-sur-Glane. Shortly after the war, the French President Charles de Gaulle visited the village and decided that the village should remain as the Germans had left it. It is still a poignant place to visit!

In 1999, an underground museum was set up at the entrance of the village, the Centre de la Mémoire. On the basis of photographs, films and other audiovisual material, the history of the village and the Second World War is told. A long underground corridor goes from the museum to the center of the village, where you can go above ground again. The ruins of the village are still in the state it was left in on June the 10th, 1944. The houses and shops are now named after their owners and the sort of shop it used to be is also mentioned on the building. Everything is just as how it was left on that very fatal day. Even the doctor's car is still in the middle of the village square. Since then, the area has become a symbol for the atrocities of the Second World War. The empty, battered village also serves as a warning for future generations. 'Souviens-toi.  Remember' is a sign at the entrance of the village.

It is still not possible to say with certainty why 642 people were murdered in a cold-blooded manner in Oradour-sur-Glane. It is generally believed that it was an act of revenge. The French resistance had blown up a railway bridge near Oradour due to which SS-Sturmbahnführer Helmut Kämpfe was  killed. This was a friend of Major Diekman who commanded the regiment that committed the massacre in Oradour-sur-Glane. In retaliation to Kämpfe’s death, 28 prisoners had already been shot, but Diekman wanted more.

Motive of the massacre

Around 2014, the German judiciary announced that it had tracked down a man who would have been present at the massacre and perhaps could tell more about the motives. The trial against him was stopped in 2014 due to lack of evidence. As a result of this it is still uncertain exactly why these people were murdered.  A bizarre fact is that on the exact same day, June 10th 1944, the Germans massacred the village of Distomo in Greece, killing more than 200 people. 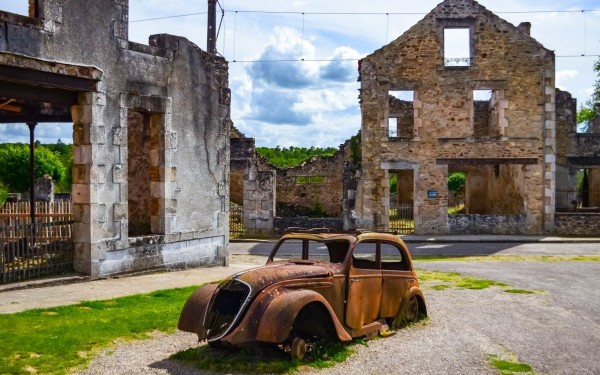 From the south, a German armored division was on its way north to fight against the Americans and British who had recently landed on the beaches of Normandy. This division came from the Eastern Front and had been given time to rest in the vicinity of Montauban. After it was supplemented with recruits from Romania, Hungary and Alsace and was back to full-strength, they left for the Dordogne and the Limousin. London had ordered the French resistance to stop this division from passing for as long as possible because it posed a threat to the invasion. At the time that the railway bridge in the region of Oradour was blown up, this division was also just nearby. After the massacre, Diekman and is men went north. He was killed whilst fighting in Normandy.

On Saturday the 10th of June 1944, Oradour-sur-Glane was surrounded by 200 German soldiers, none of the inhabitants could enter or leave the village. All residents were ordered to go to the village square. Many men were already there, they were waiting for the distribution of the tobacco. The residents were told that it was a routine check, further instructions would follow.

The men were then separated from the women and children. The women were taken to church. When all the women were inside, the doors were closed, and the church was detonated and then set on fire. The men were locked up in various barns which were then riddled with bullets and set on fire. When visiting the village, you can still see the burnt church and a simple sign indicating where the men had to line up. 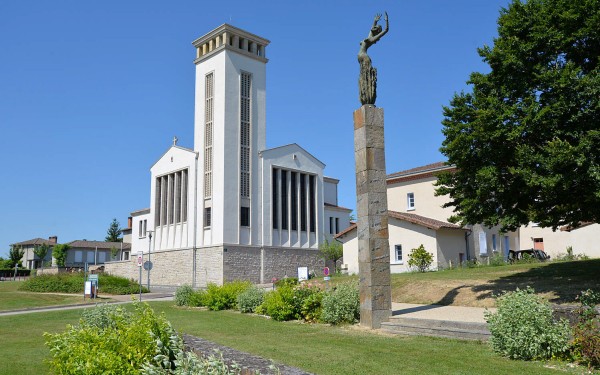 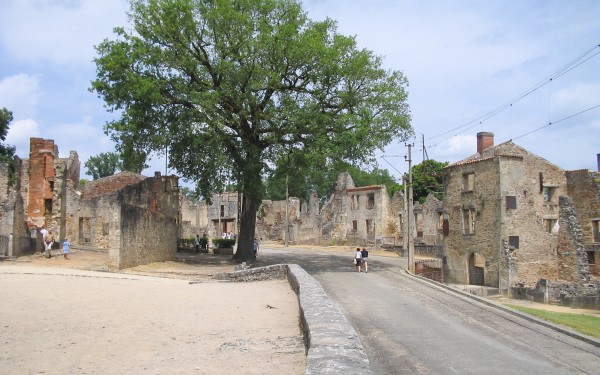 During the massacre, 642 of the inhabitants died but around 30 inhabitants survived. The survivors were either not in Oradour at the time or just managed to escape. One of the survivors was Marguerite Rouffanche, the only woman to survive the massacre in the church. Her daughter next to her was killed, she pretended to be dead and was later able to jump out of a window and escape. A woman with a baby tried to follow her steps but ended up being killed. Marguerite hid in a garden whilst she could hear the cries of the burning women in the church. Among the screams was the screams of Marquerite’s daughter and grandchild.

Signs indicate where the village café, the bakery, the garage, the schools and more was located. Many facades are still standing, the rest of the houses are completely destroyed. Between the crumbled walls you can still see a few metal objects that have withstood the flames and time. The tram tracks still run through the village and part of the overhead line is still intact. The church where the women and children died is also still visible.

Book your next holiday to France!