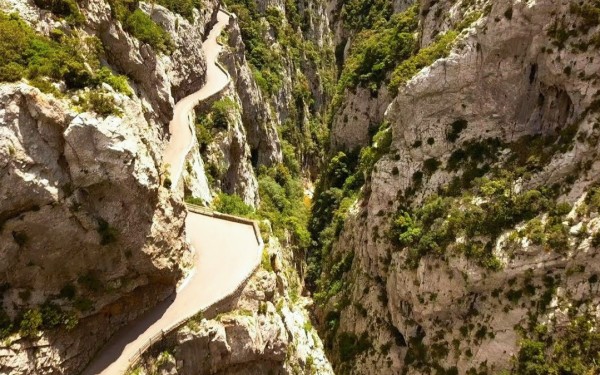 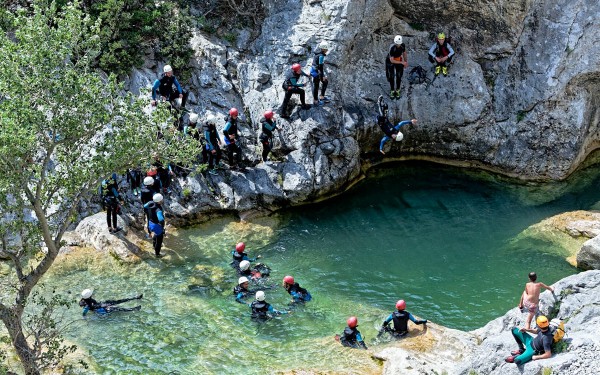 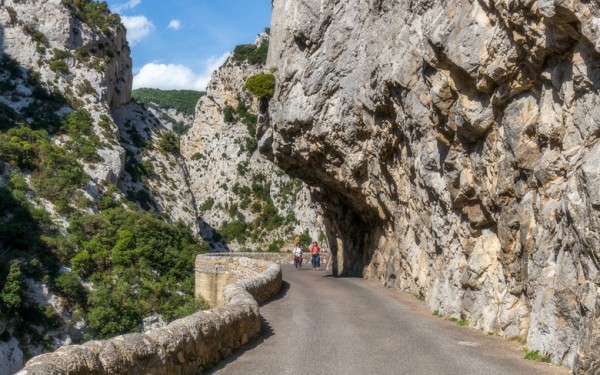 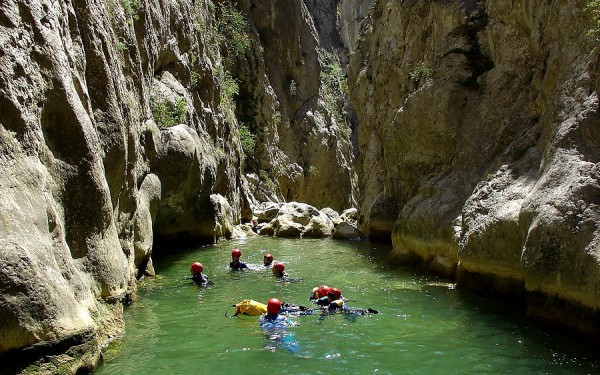 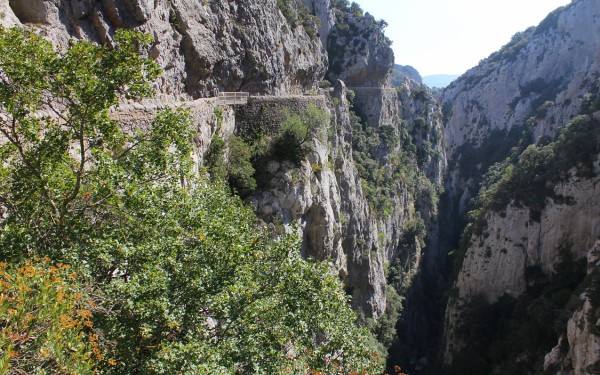 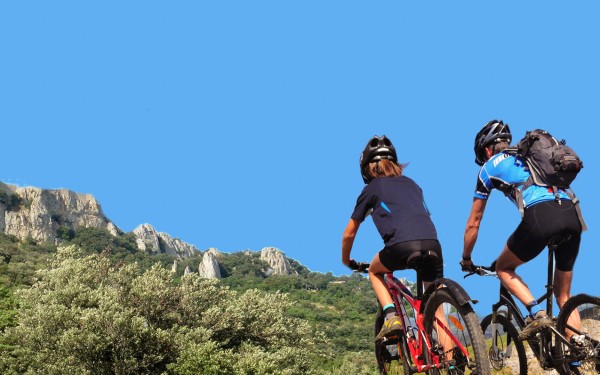 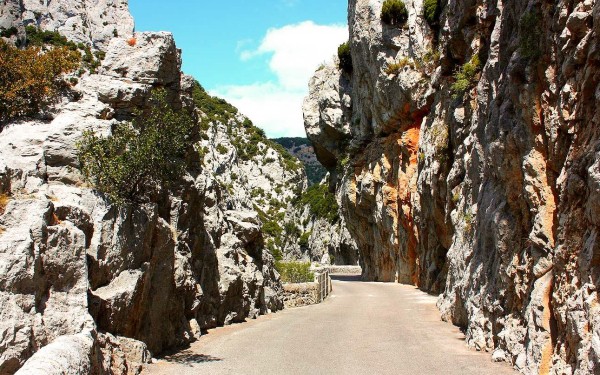 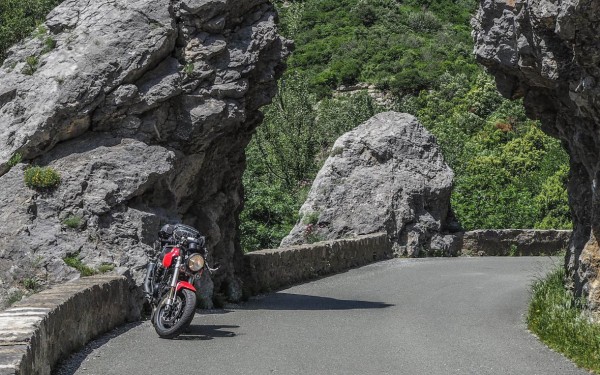 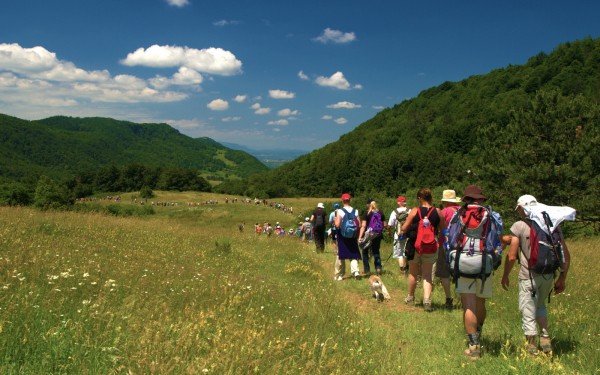 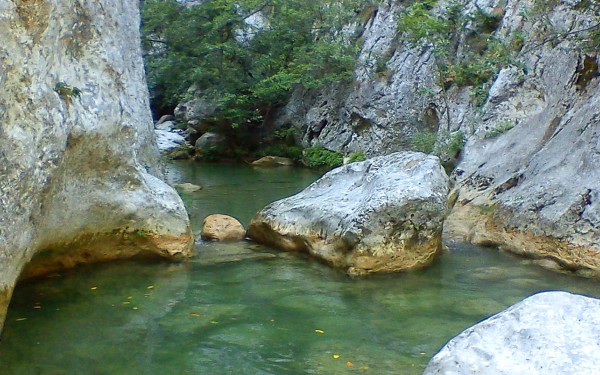 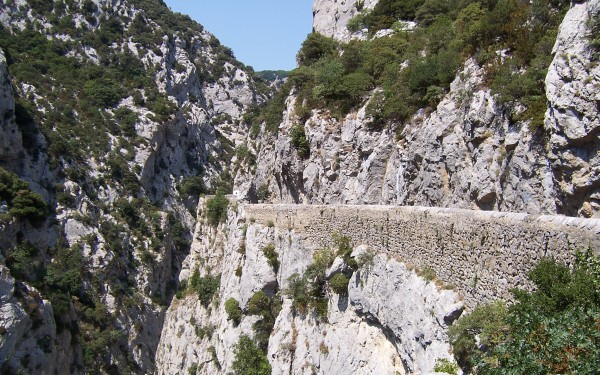 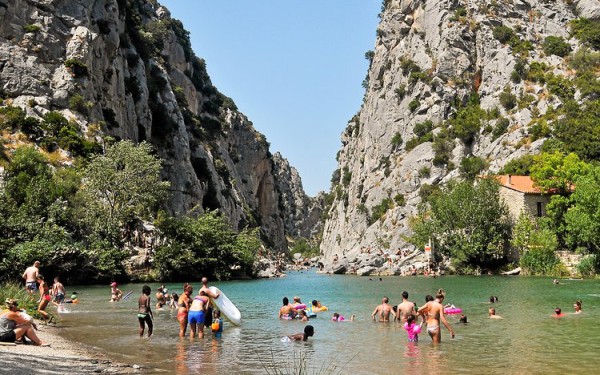 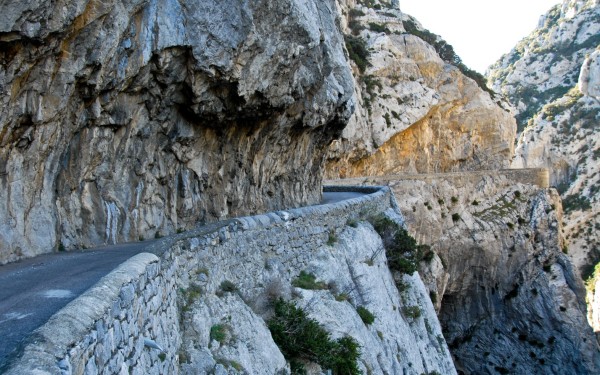 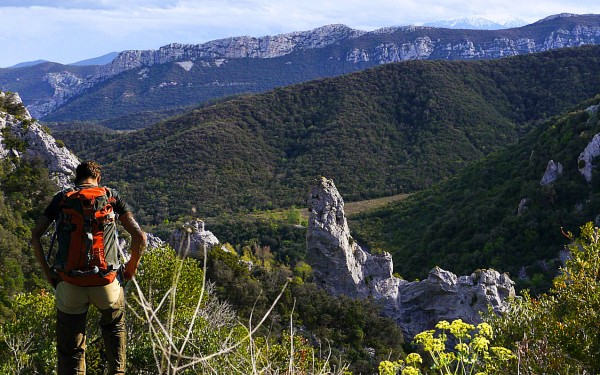 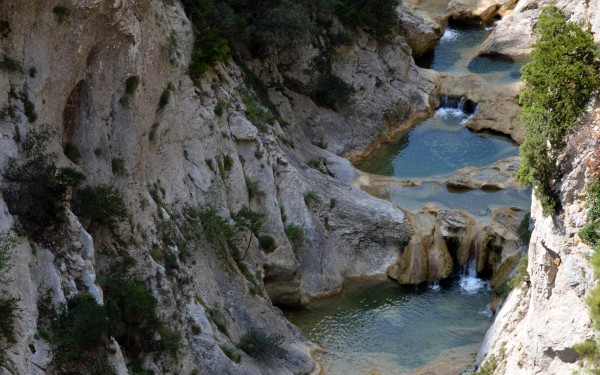 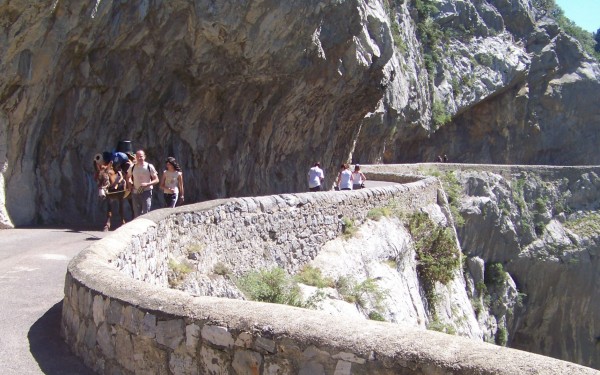 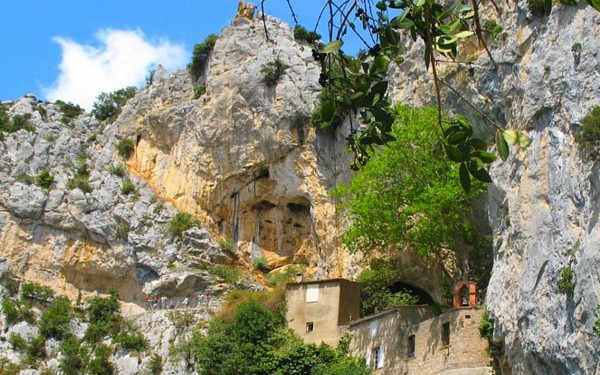 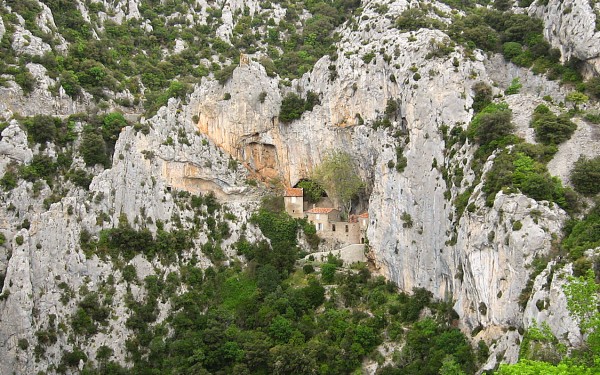 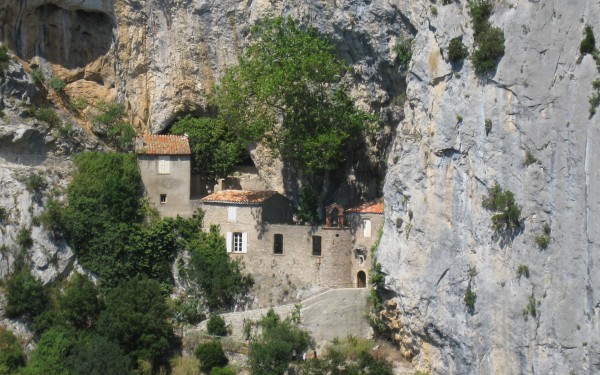 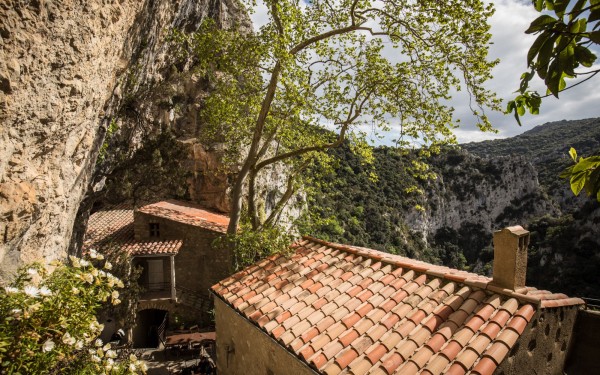 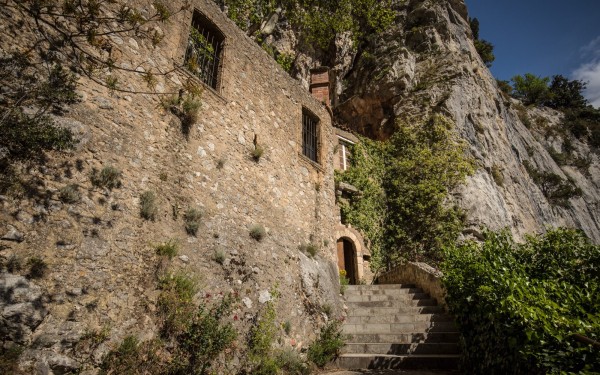 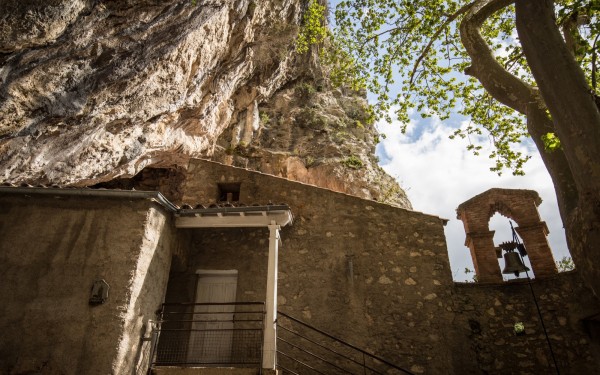 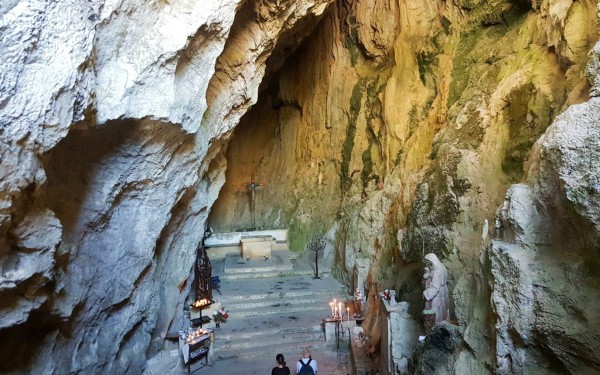 The region between Quillan and the coast of the Mediterranean Sea is known for its many cultural and historical attractions. In this region lies the D 117 from west to east, the road that runs from Quillan via Axat to Perpignan. Along this road is a large number of signs that point to places of interest.
Halfway this beautiful road with lots of natural beauty is the place Saint-Paul-de-Fenouillet. There, signs show you the way to the Gorges de Galamus. These can be reached via the D7.

Visit the gorges during your vacation

During your holiday in this region it is worthwhile to visit the Galamus gorges, one of the most beautiful natural phenomena in this region. You can reach the site via a well-constructed road, through tunnels and overhanging rocks. This winds, 100m above the river, along the rocks. You often hear the river well while you do not see it. In some places the road is so narrow that only one car can pass at a time. You can also make it easier for yourself and go to the parking with one of shuttles.
Arrived at the parking you can continue on foot via different routes. Along the way you have beautiful views. On a specially constructed viewpoint, attached to a cliff, you have a beautiful view of the monastery.

River "Agly", from the Aude to the Mediterranean

The river Agly rises in the Aude department at an altitude of 940m, near the Col de Linas northeast of Bugarach. It then flows east towards the Pyrénées-Orientales department. It flows into the Mediterranean Sea between the seaside resorts of Barcarès and Torreilles.
On the border of the Aude and the Pyrénées-Orientales, the Agly flows through the Gorges de Galamus. This river has for many years ensured that the rocks have worn into the gorges as they exist today.
The Agly has a beautiful turquoise to deep green color and winds over a length of almost 2 km through the gorge, an impressive nature reserve with beautiful lime walls. He finds his way through waterfalls and water basins with crystal clear water. The locals enjoy swimming.

Caves have been created in the gorge by the river Agly. These have been used since the 7th century by hermits to live in them. The "patron saint" was Saint Antoine, the patriarch of the monks in the desert. Halfway the gorges, the hermitage of Saint-Antoine-de-Galamus was built against the rock face. A certain Limoux Nègre stayed there in the 14th century. He wanted to fast for 40 days and still survive. The result was that he was arrested by the inquisition, the "police" of the Roman church, and put to death at the stake.
The site was expanded further in the 15th century and the present chapel was built in 1782 as a thank you for the remarkable healings of many Saint-Paul-de-Fenouillet residents. Hermits have lived here until 1950.
It is still a traditional place for pilgrimages on Easter Monday and 2nd Pentecost. On Easter Monday many Occitan residents visit the place and on Pentecost Monday especially Catalans.

Striking when visiting the rock chapel is the remarkable stone with a "Sator square" carved in it. The text, which can be read identically in all directions, reads as follows: "Sator arepo tenet opera rotas", which means as much as "the sower keeps the wheel of the world turning".

In the summer months the Galamus gorges are widely used to practice the Canyoning sport. Canyoning is descending the river without a boat. Through the water basins, waterfalls and rocks the trail is followed by swimming or sliding and jumping from the rocks. There are heights of 7m. where is jumped from.

No matter how you visit the Galamus gorges, by canoe or via the beautiful hiking trails, it is an impressive place to visit.