Beynac-et-Cazenac, a pearl in the Dordogne 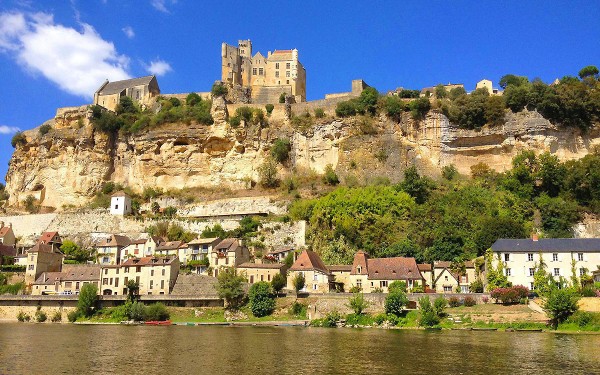 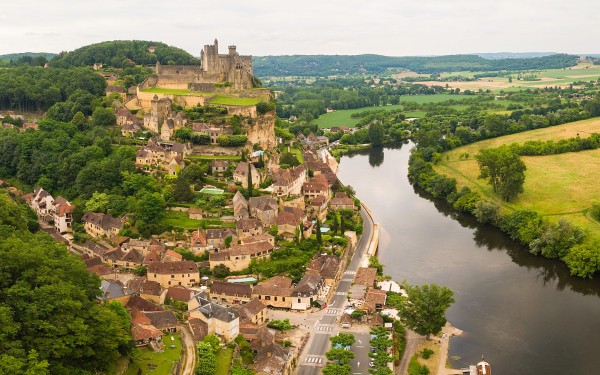 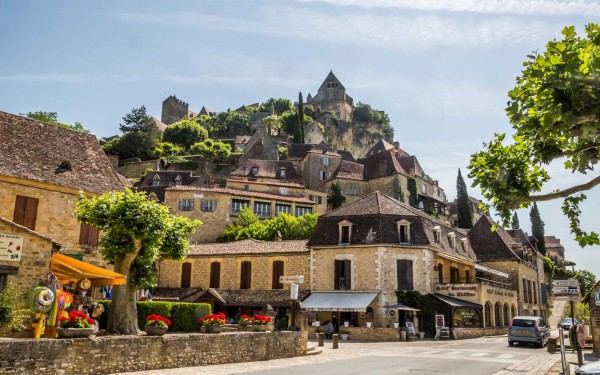 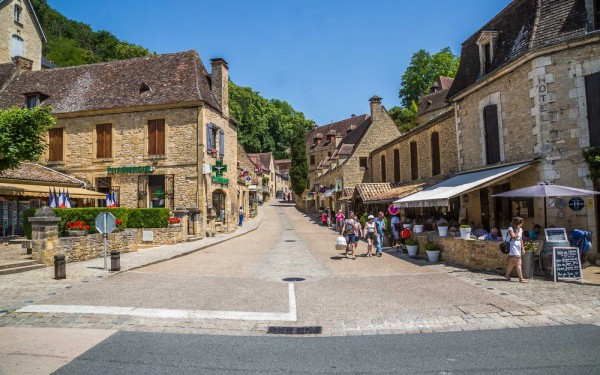 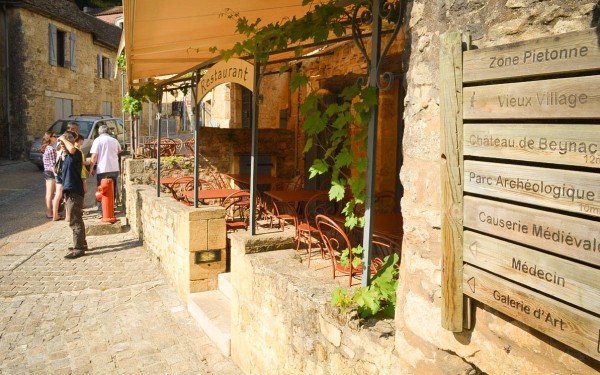 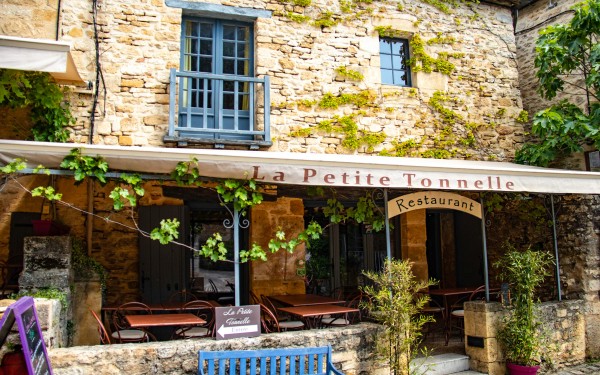 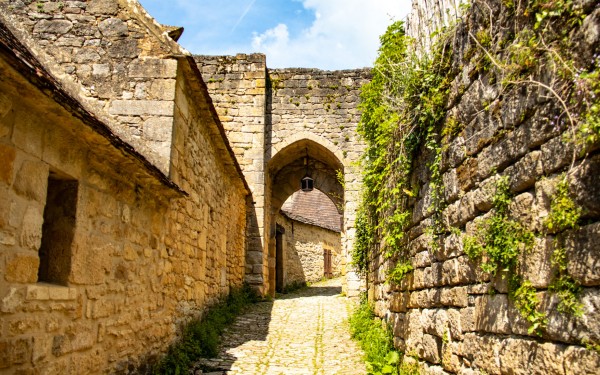 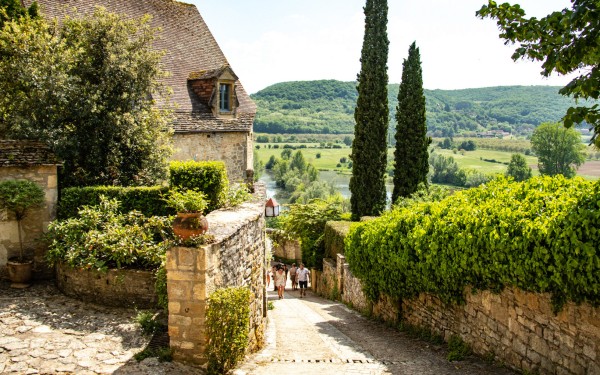 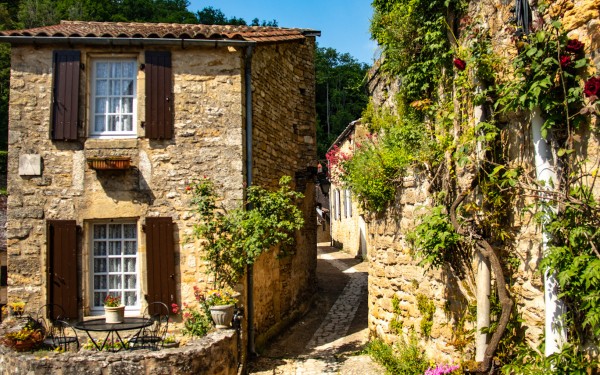 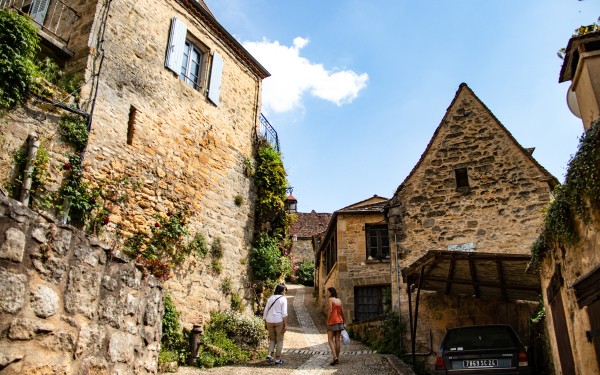 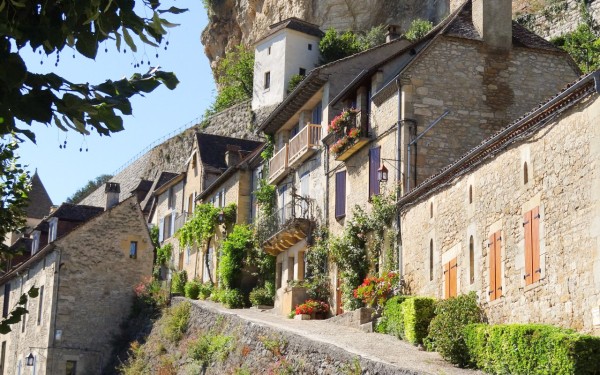 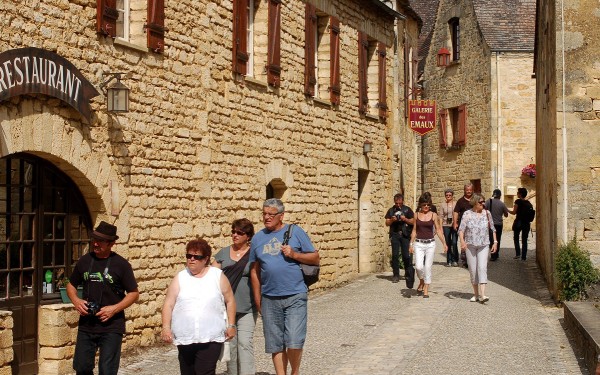 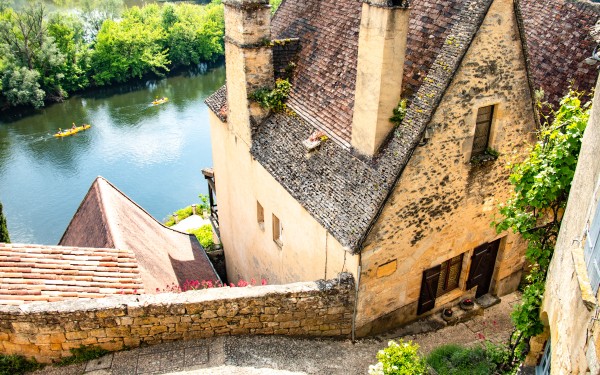 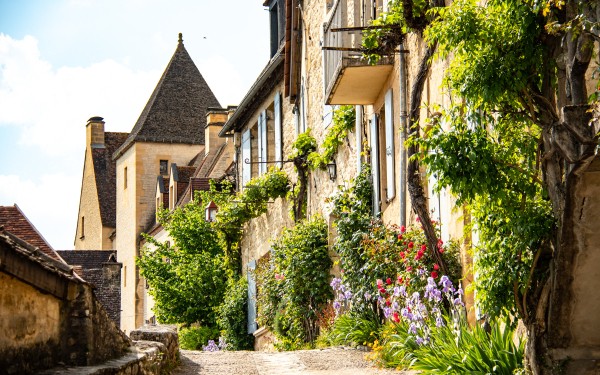 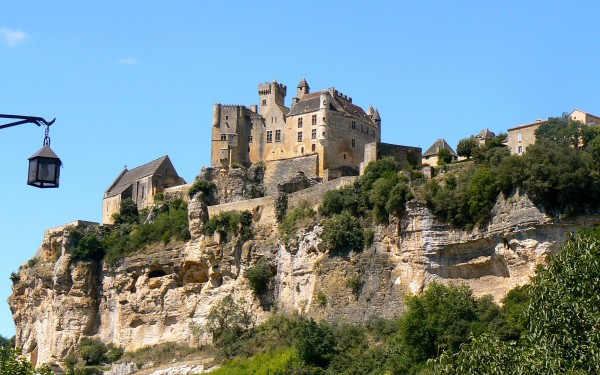 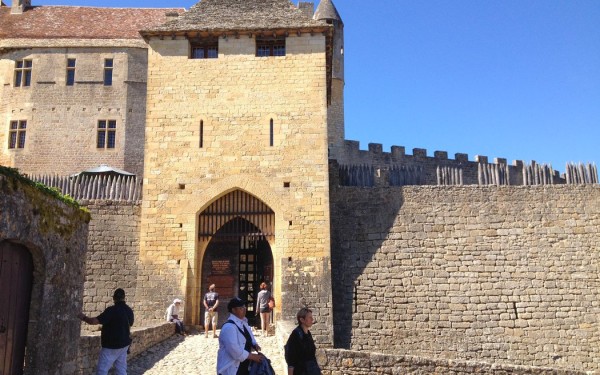 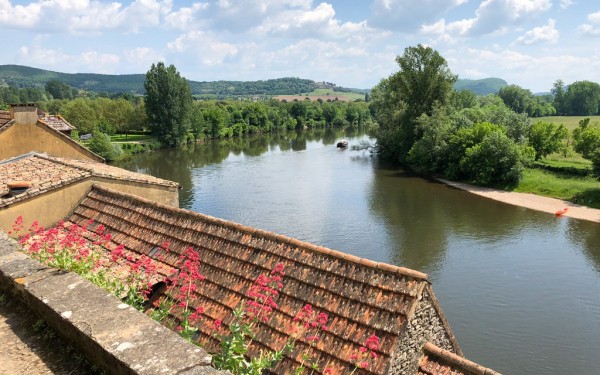 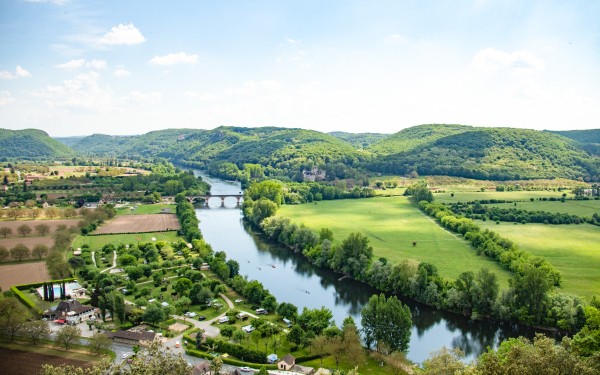 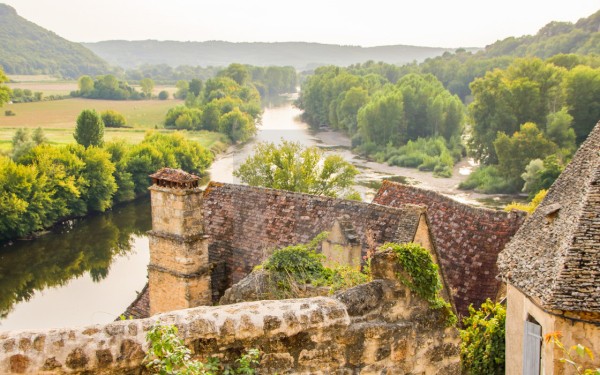 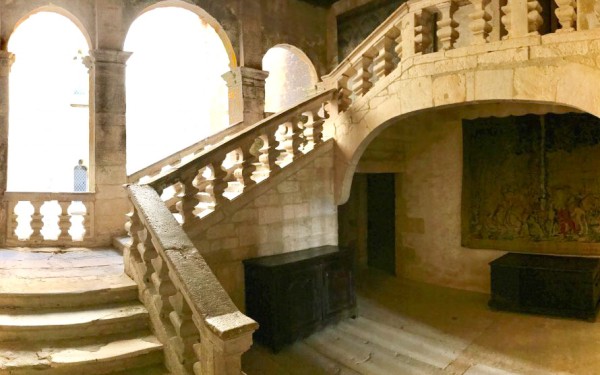 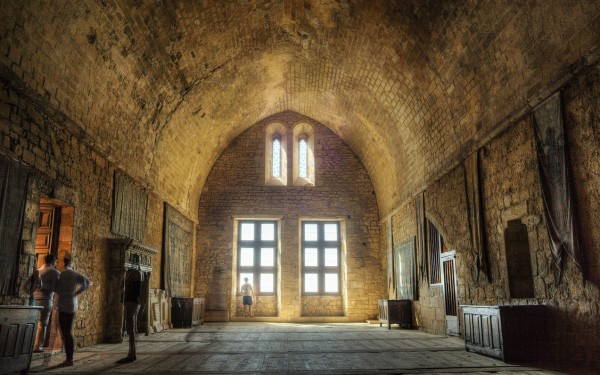 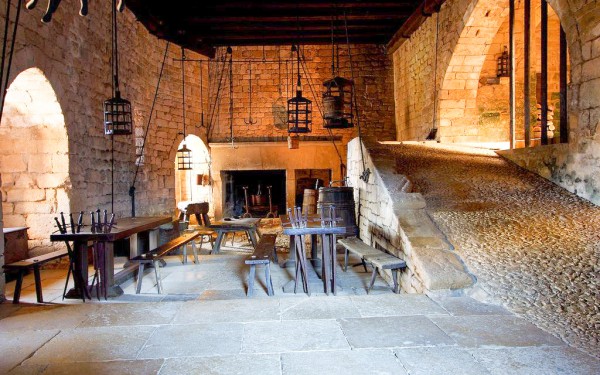 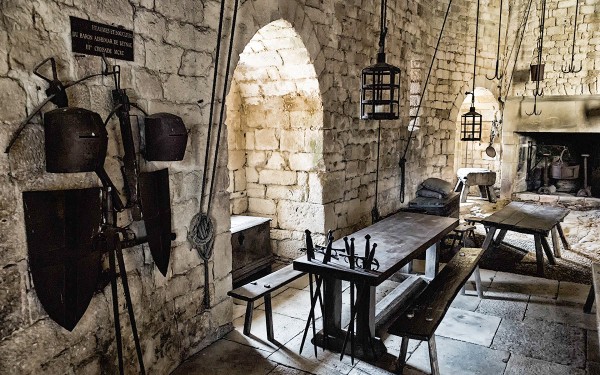 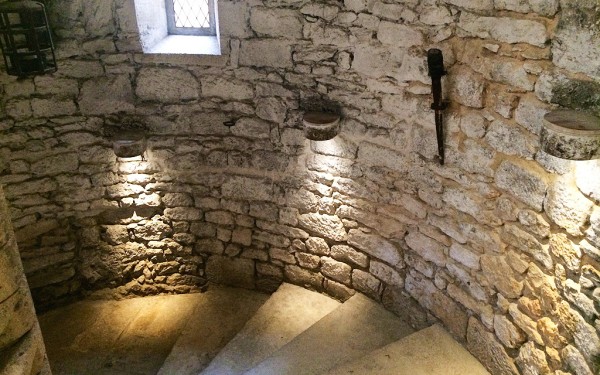 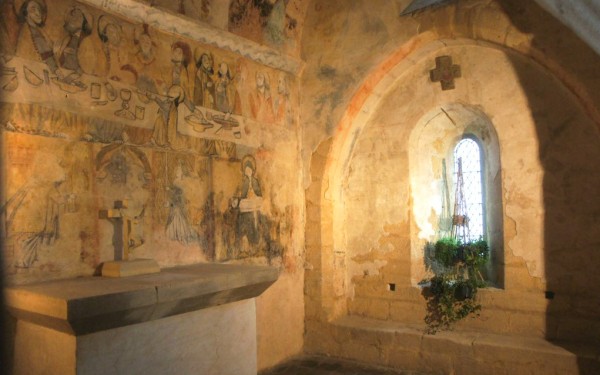 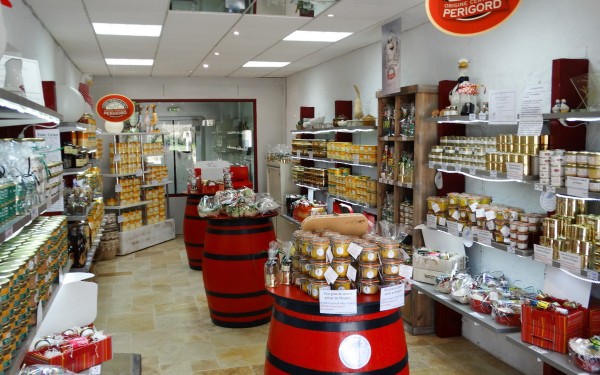 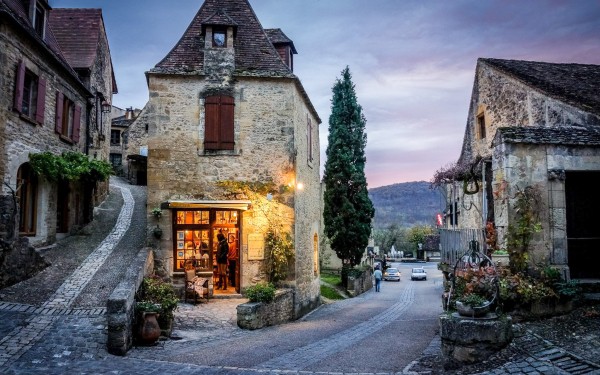 A few kilometers southwest of Sarlat, a famous place in the Dordogne, is the village of Beynac-et-Cazenac. It is one of the "Plus beaux Villages de France". It has less than 600 inhabitants and is located directly on the Dordogne river. A little further upstream, also on the Dordogne, lies the famous places La Roque Gageac and Domme.

Beynac-et-Cazenac is a place that you should definitely visit when you are on holiday in the region of the Dordogne - Lot. The location is beautiful, it has winding streets and old neat houses, an ancient castle and a magnificent view over the river. When the weather is good you can even see three other castles.

The village of Beynac-et-Cazenac

The main road lies almost parallel to the river Dordogne. You can enter the village from either the west or east. There are several parking spaces along the road. However, if these are full youcan also park on the other side of the village.

Walking through the village without a fixed route is also nice. When doing so you will pass roads with charming stone houses that have all been restored. When you walk along the “église St. Marie” and between the houses you will have a stunning view over the valley. During touristic seasons such as summer, free tours are provided by the local “Office de Tourisme”. Beynac also has a few small shops and terraces where you can have a drink.

The History of the Village and the Castle

Beynac’s origins date back to the Bronze Age. The Gauls are said to have controlled the wine trade from Italy to Beynac. Around the 9th century a castle was built on the rocks of Beynac, surrounding the castle houses have been built over the years. This is because the castle was sometimes owned by France or even by England. It was conquered by king Richard the Lionheart of England at the end of the 12th century. In 1214, the crusader, Simon de Montfort, moved to the Dordogne and became the owner of the castle. During the 100-year war between England and France, Beynac is in the French’s hands as it lays on the border.

In the year 1827 the small town of Cazenac is added to Beynac. After this, it was renamed Beynac-et-Cazenac. After the French revolution, the castle fell into disrepair. One of Marie-Claude de Beynac's descendants decides to sell the castle in 1961. The current lower lives above its entrance and is currently working on restoring it.

The Castle of Beynac-et-Cazenac

The oldest part of the castle is a large Romanesque castle tower built by Maynard de Beynac. The castle has been further expanded and decorated.
The entrance to the castle is already very impressive. In the large courtyard, the castle towers high above everyone. In the castle you can go up via the round tower staircase and you will enter several rooms. Here you also have the opportunity to see the chamber of the States of Perigord. The four barons used to meet here. On the side of this room is a small chapel, this is still used by the villagers as it ison the other side of the courtyard and therefore a less touristic visited area.
The kitchen is still fully intact, and therefore it seems as though the knights have only recently left the room. This is because the pan is still standing on the stove and the tools and weapons are exactly as where they are left. The terrace is built on a rock and the view from this is spectacular.
Due to all of this it is understandable that the castle has been a setting for filming several times.