Marseille, the second city in France 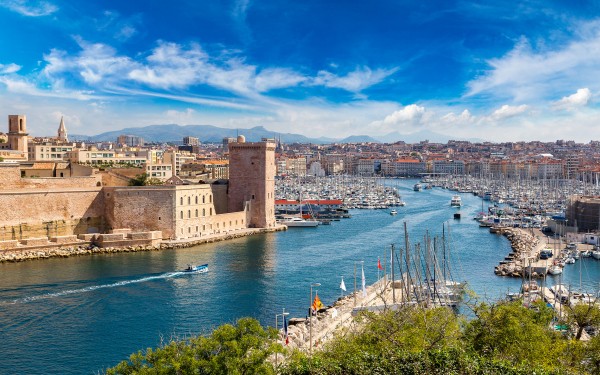 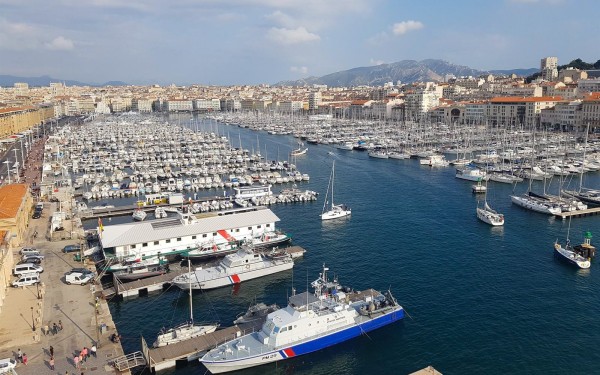 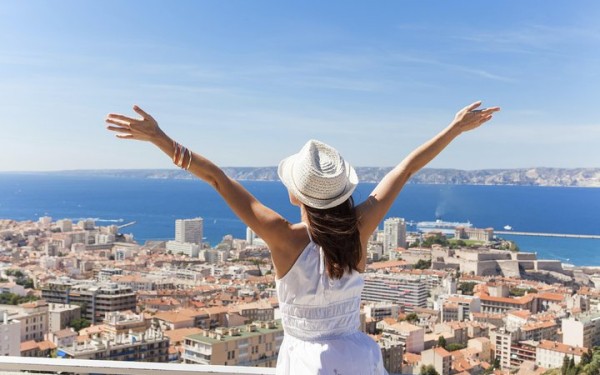 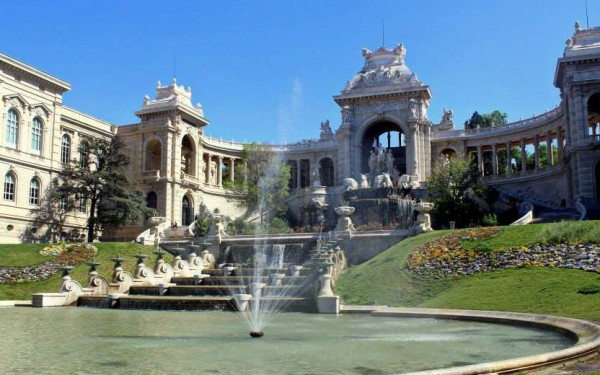 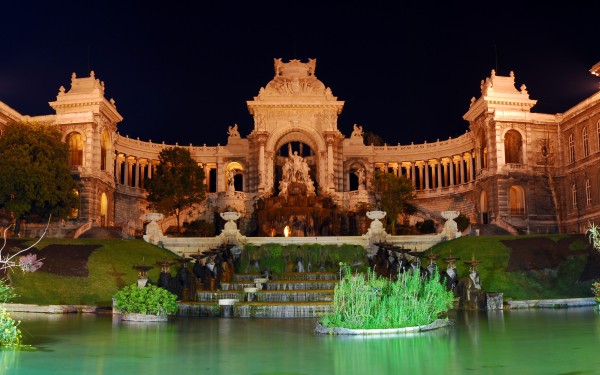 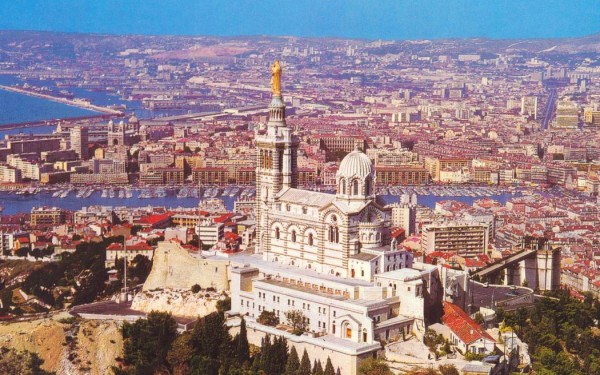 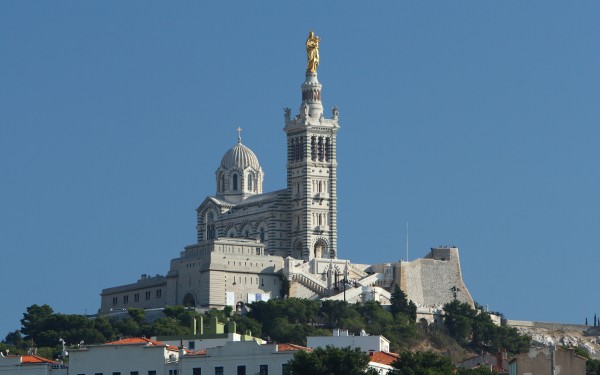 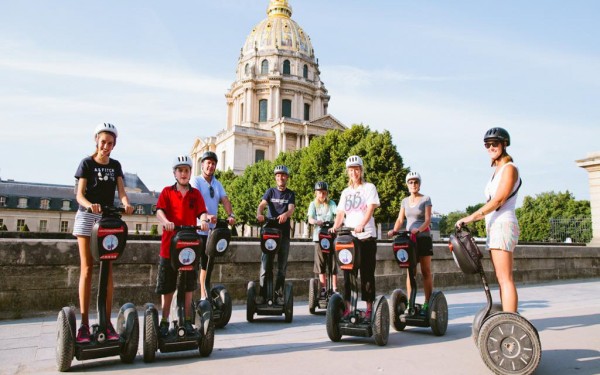 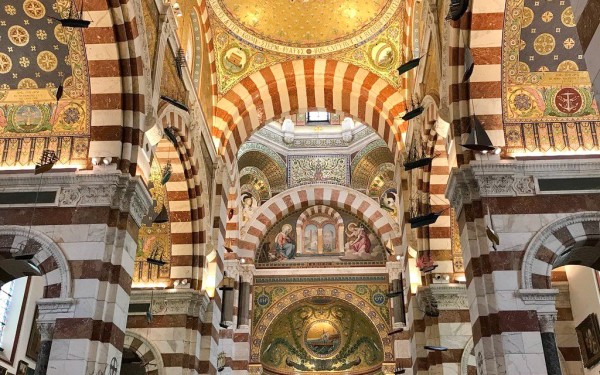 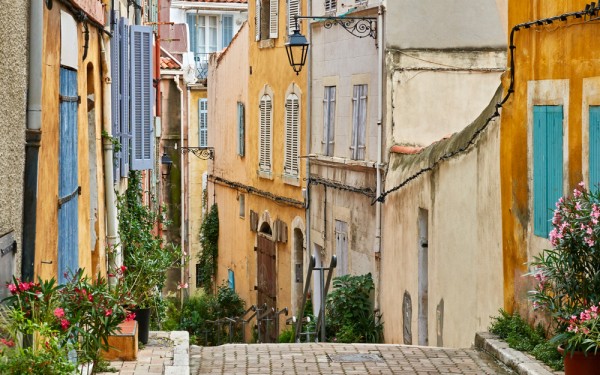 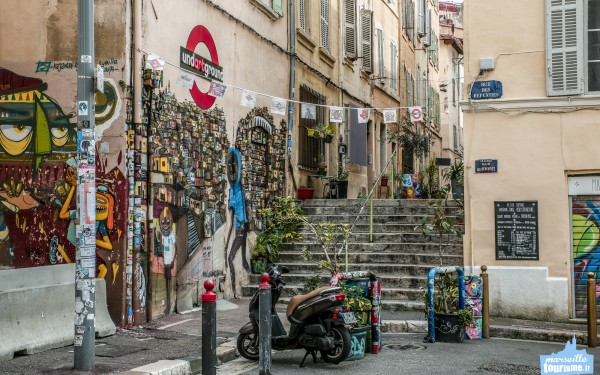 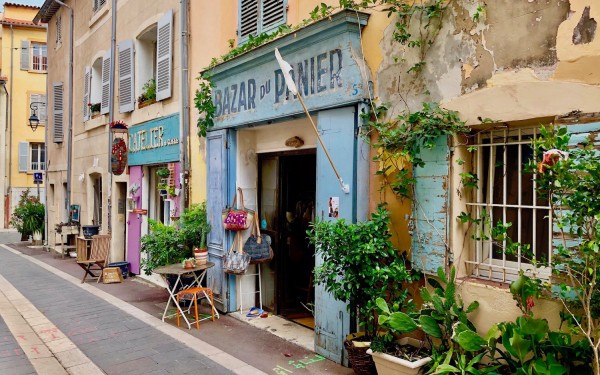 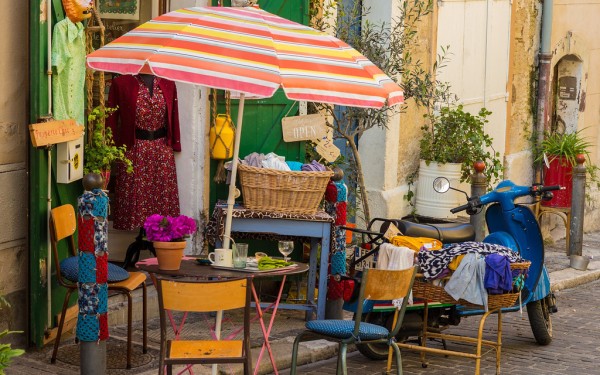 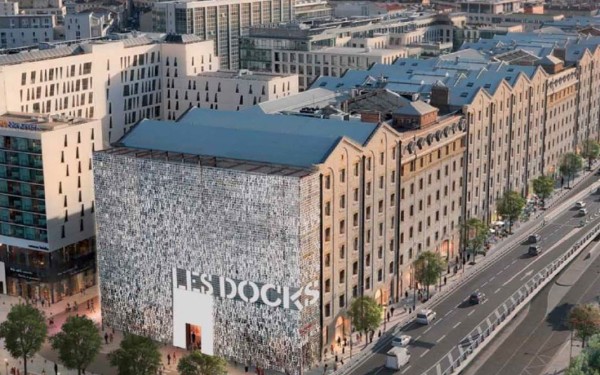 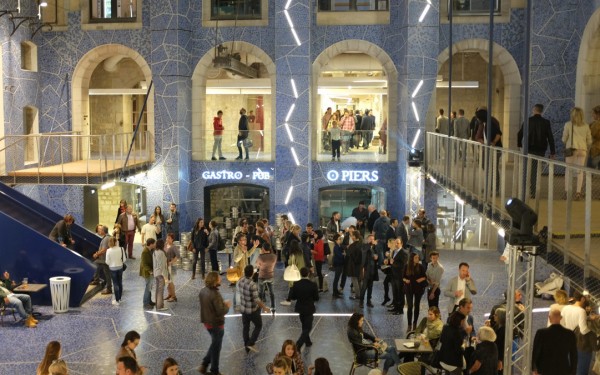 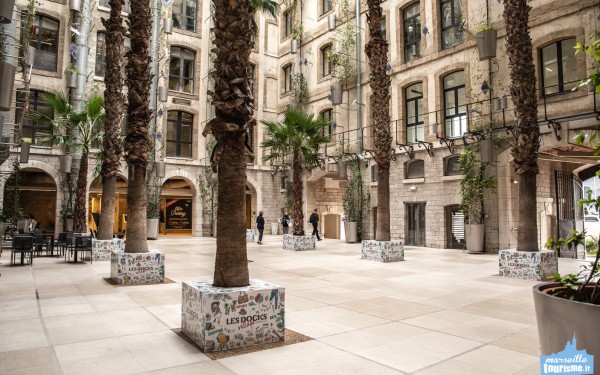 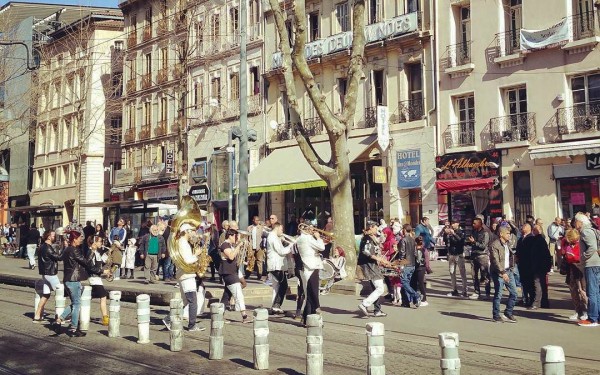 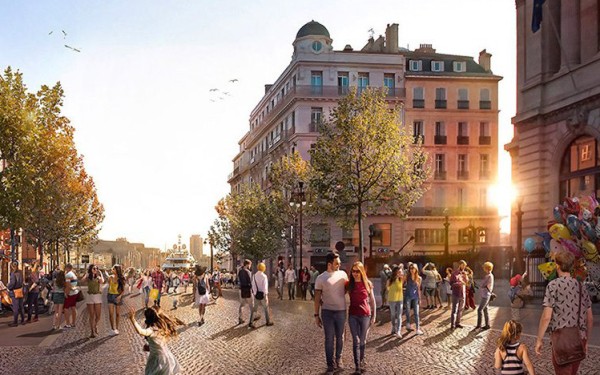 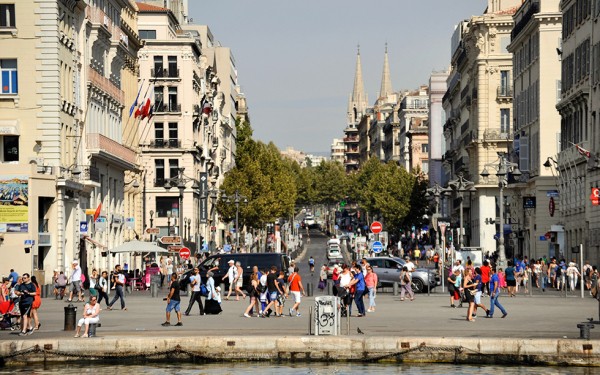 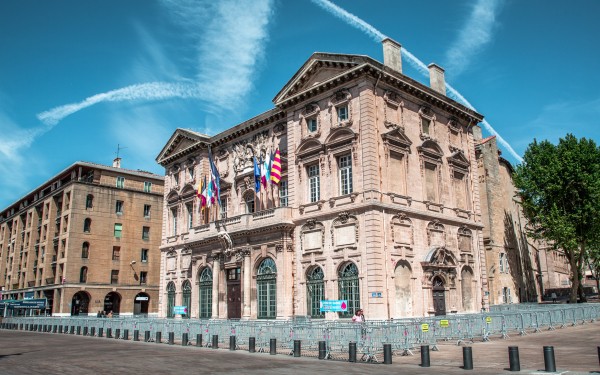 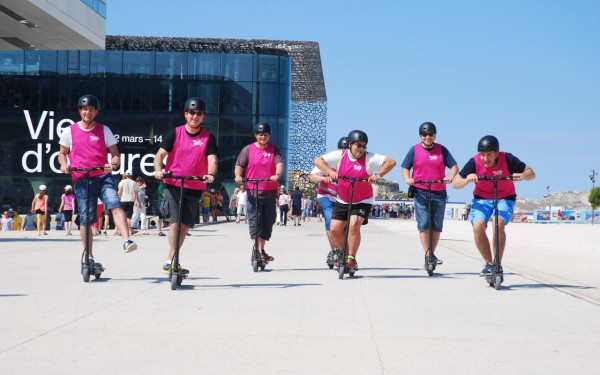 The capital of the Provence-Alpes-Côte dʻAzur (PACA) region is Marseille. It is a huge city with many inhabitants. It is the second largest city in France by population. Paris is number one. Lyon, Toulouse and Nice follow after Marseille. Marseille is located directly at the Mediterranean Sea and has the largest trading port in France.

The origin of the tourist city of Marseille

Marseille is one of the oldest cities in France. Around 600 BC. a trading post was needed by the Greeks so that they could trade with the Celts in north western Europe. The traders would use the Rhône to transport their merchandise. That is why a settlement at the mouth of the Rhône was needed: It was the beginning of what is now Marseille. From this settlement other places arose like Nice and Monaco. At that time, the main commodities were salt, ceramics and tin. The Greeks also brought grapes to France, creating the wine trade. To this day, Marseille is important for trade between the region around the Mediterranean and Western Europe.

Until a few decades ago, Marseille didn’t have such a good reputation. Crime was high compared to other French cities. That has now completely changed. An important cause of this change is the construction of the TGV and cheaper airlines that fly to Marseille. Parisians have a short travelling time to Marseille and buy a second home there. Marseille has also capitalized on this and has installed all kinds of facilities to make the city attractive to tourists. Which has worked!

Visit Marseille during the holidays

Marseille is a very versatile city which is filled with surprises. Whether you visit for culture, history, modern museums, nightlife, cosy terraces, Marseille has it all.

The ‘Le Vieux Port’ district is the heart of Marseille. It is always pleasant around the old harbour with the daily fish auction on the ‘Quai des Belges’. There are plenty of terraces and restaurants. The neighbouring district ‘Le Panier’ also belongs to the oldest part of Marseille. In the narrow streets are shops, galleries and restaurants. It has been compared to Montmartre in Paris.

There are too many sights to mention and visit in Marseille. Below is a selection that shows the variety is huge.

The basilica of Marseille: Notre-Dame de la Garde is located on a 150 m high hill. It is a beautiful church with a Romanesque-Byzantine style from the 19th century that is definitely worth a visit. Also take a look inside the church, the interior of the church mainly consists of marble and porphyry. You can climb the hill, but there is also a train. On the tower of the church is a large statue of Mary. From the hill you have a magnificent view of the sea. The famous Calanques can be seen to the east.

The ancient port of Marseille is a natural port. The quays were constructed around the 16th century. Commissioned by Louis XIV, 2 fortresses were built at the entrance to the port to guard the port: Fort St. Jean and Fort St. Nicolas. During the Second World War, the port was almost completely destroyed. Now the Vieux Port is a tourist attraction. Beautiful boats are viewed and in many restaurants you can enjoy delicious French dishes. Bouillabaise is the most popular dish on the quai des Belges. Tour boats to the various islands depart from this harbour. Opposite the old port is the church Église St-Ferréol. Here is also the quai du Port district with the baroque town hall.

The beautiful Palais Longchamp is located in ‘Quartier des Cinq-Avenues’. It was built in 1862 to celebrate the completion of Canal de Marseille. This channel is important for Marseille because it provides the city with drinking water. It still provides much of the city's drinking water today. In the two wings of the Palais are two museums: Musée des Beaux-Arts and Muséum d'Histoire Naturelle.

The old harbour warehouses that served as storage have not been used for decades. They have been converted into complexes with shops, restaurants and terraces: ‘Les Docks’. Wooden footbridges connect the various buildings to each other. Recently a large shopping centre was opened in Marseille ‘Les Terrasses du Port’. Both shopping centres have a huge range of shops, especially for well-known brands.

There was a church in the 5th century at exactly the same location where now the large basilica ‘Cathédrale de Major’ is situated. It was further expanded in the 12th century. The current cathedral was built from 1852 to 1896. It is a huge 140 m long church. Inside there is a lot of marble. The outside of the church is streaked with green and beige sand-lime brick.

The oldest urban district ‘Le Panier’ is located north of the harbour. It used to have a bad reputation. Many gangster movies have been filmed in this neighbourhood. The narrow streets and charming squares of the past are still there, but it is now safe and cosy. There are plenty of shops, boutiques, restaurants and terraces.

The original city hall (Hotel de Ville) of Marseille is located at the old port. It is one of the buildings that was not destroyed during the Second World War. It has a beautiful architecture. Be sure to stop by if you are in the area.

Marseille is a large and busy city. It is best to park the car on the outskirts of the city or in a parking garage and explore Marseille in another manner. There are various possibilities:

Parties and events in Marseille