Iles de Hyères in the Mediterranean in southern France 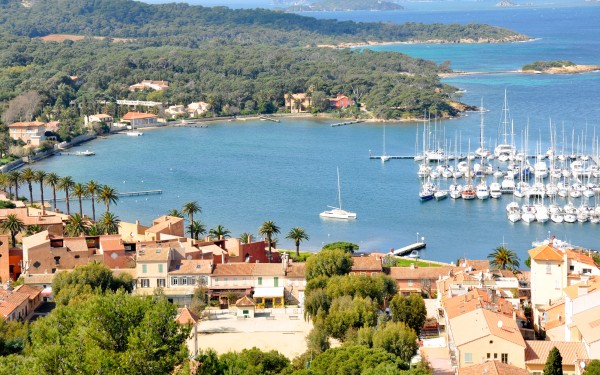 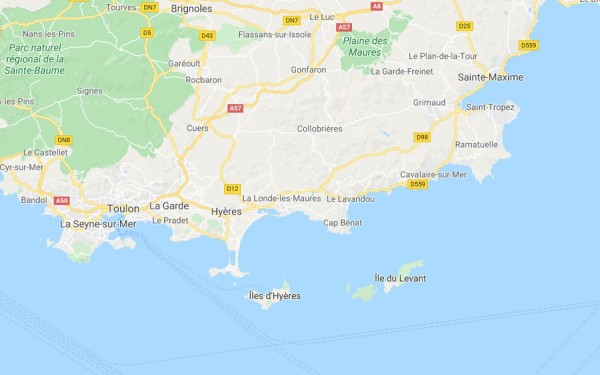 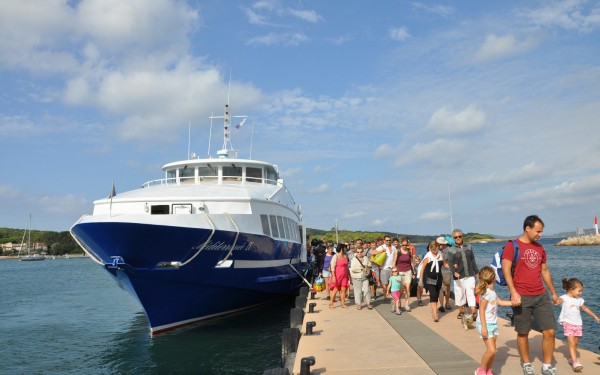 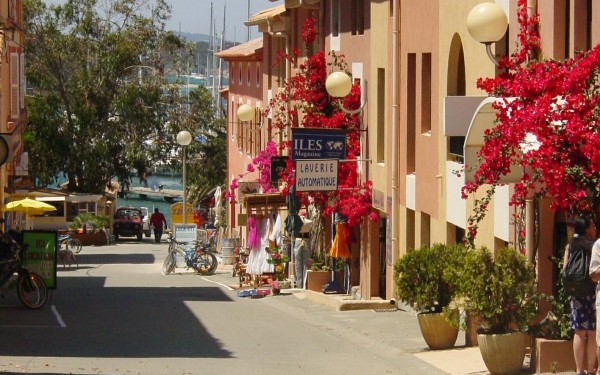 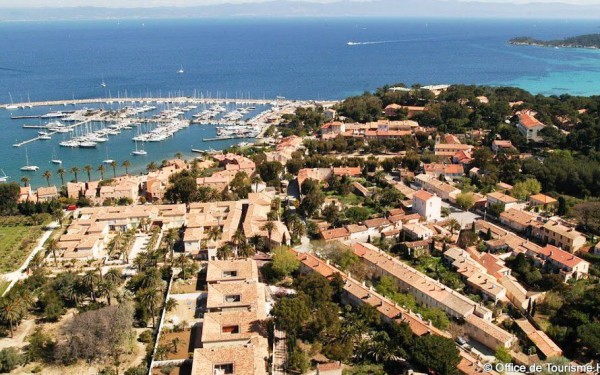 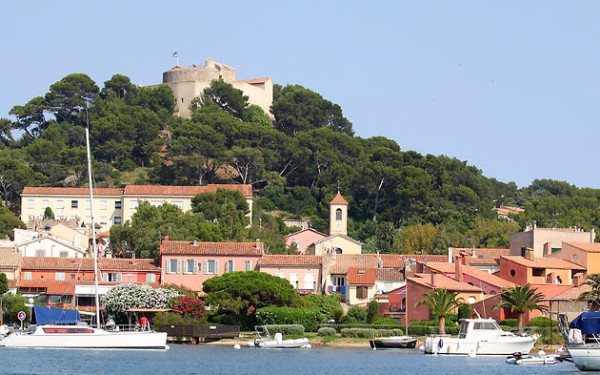 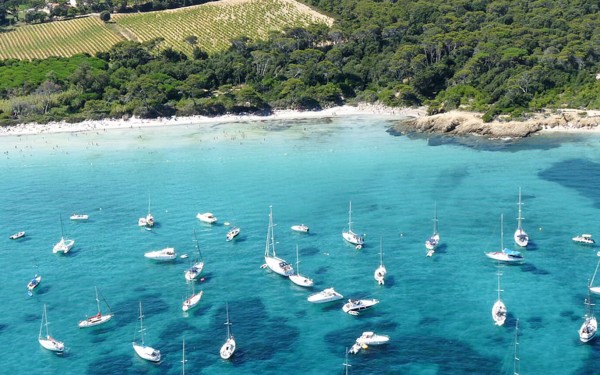 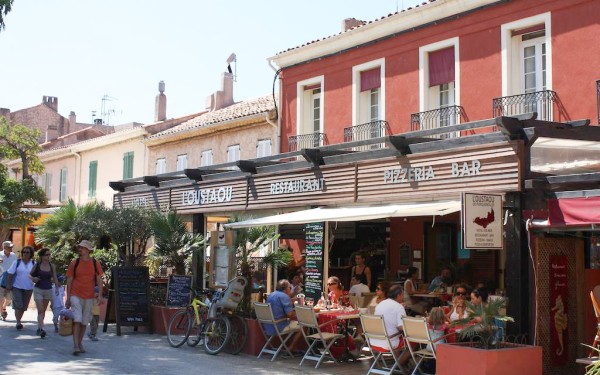 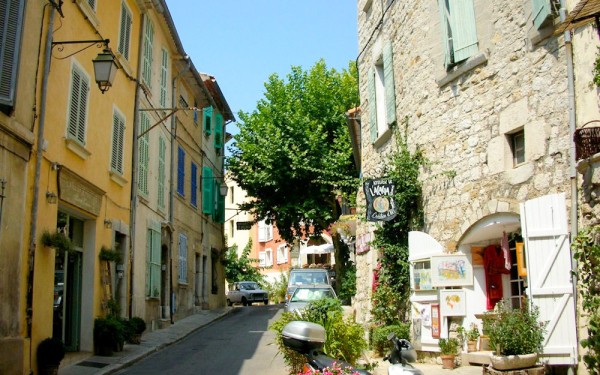 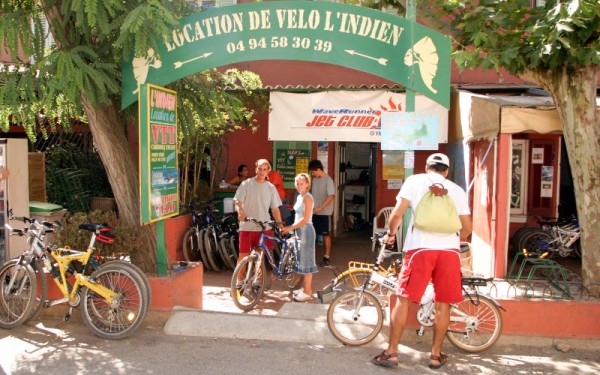 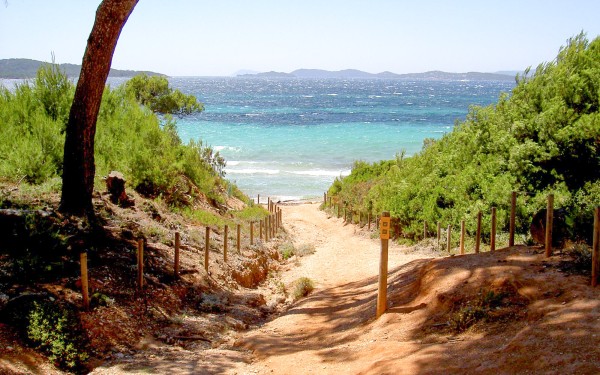 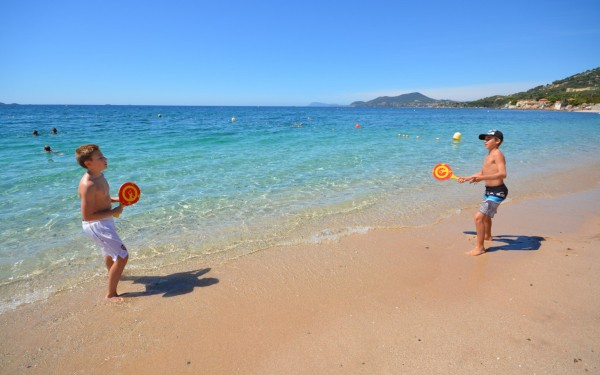 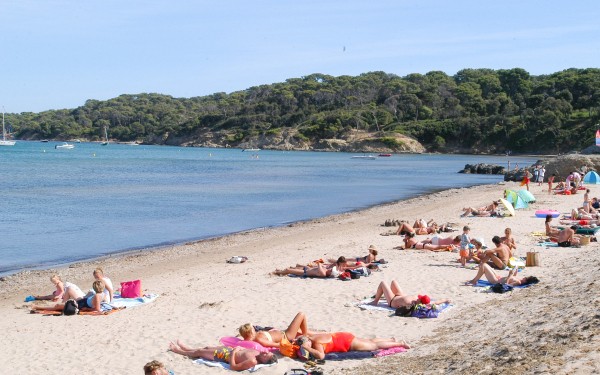 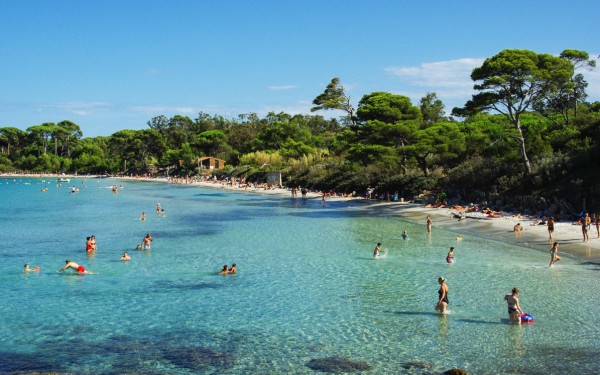 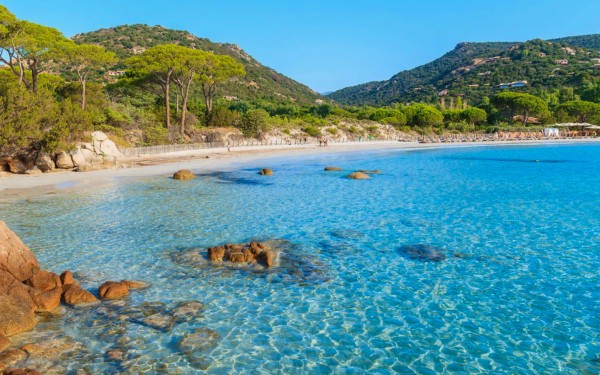 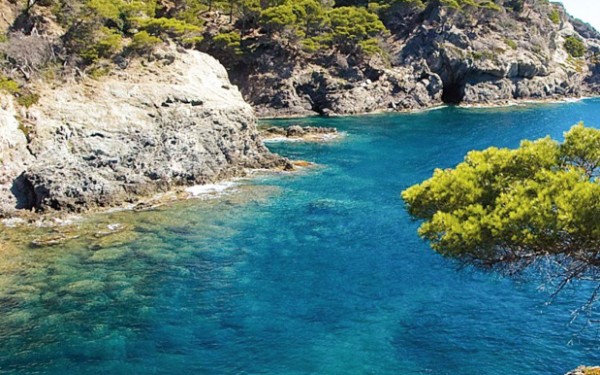 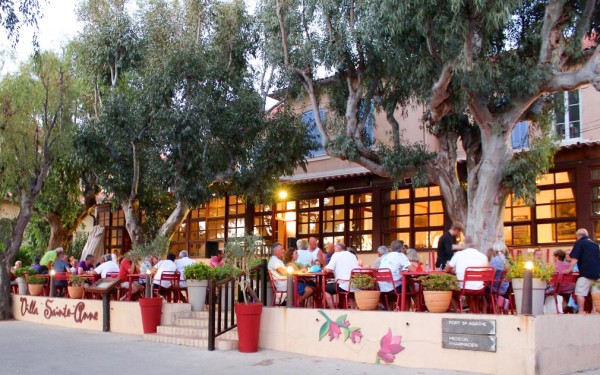 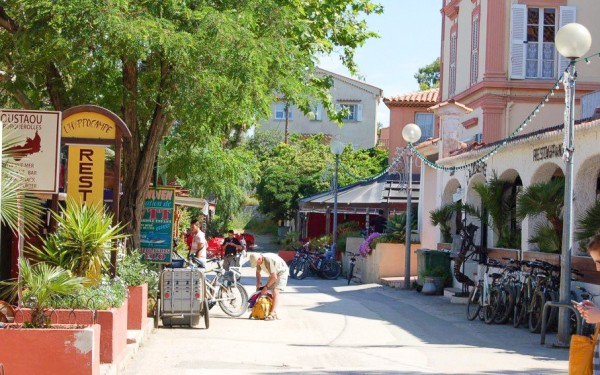 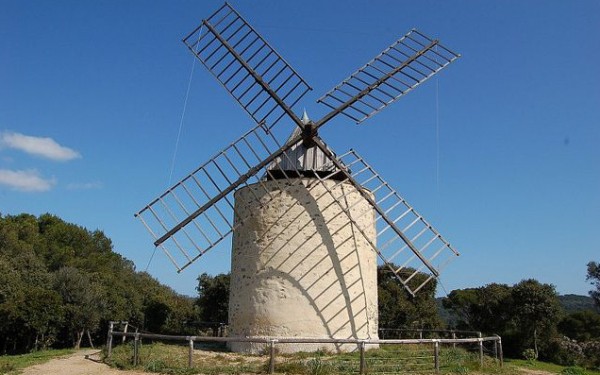 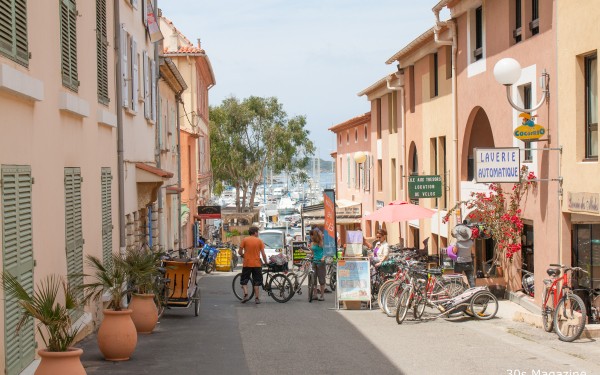 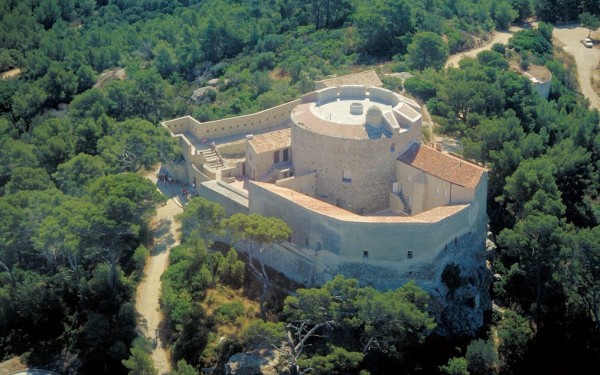 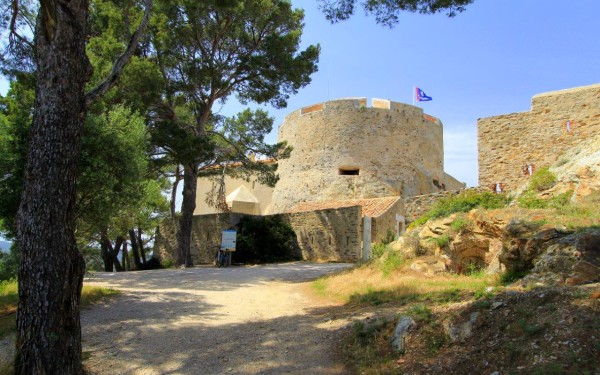 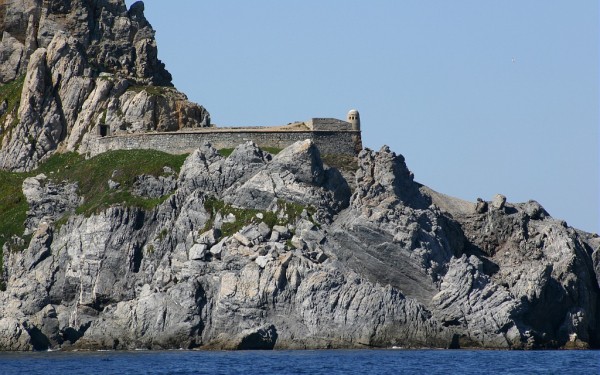 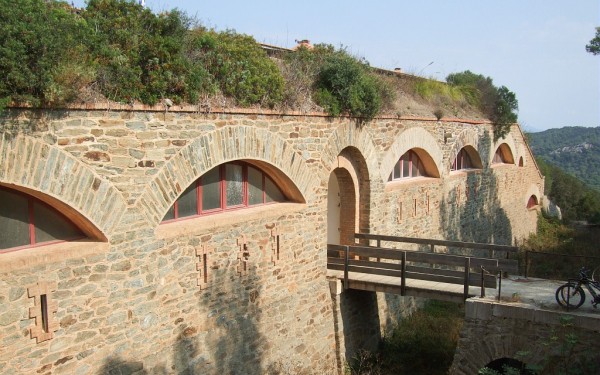 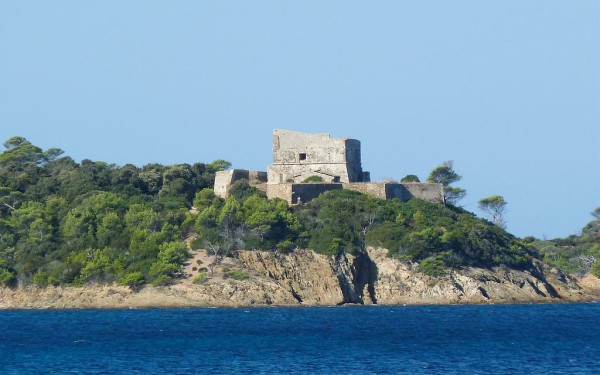 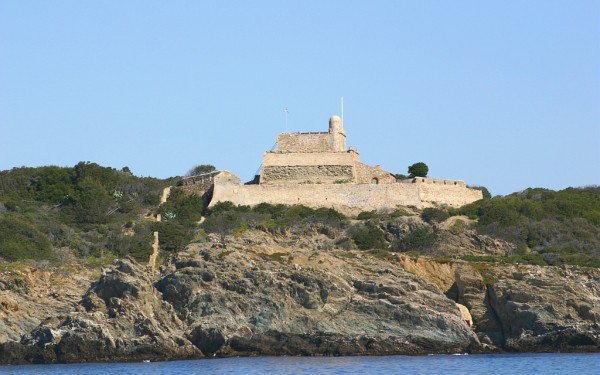 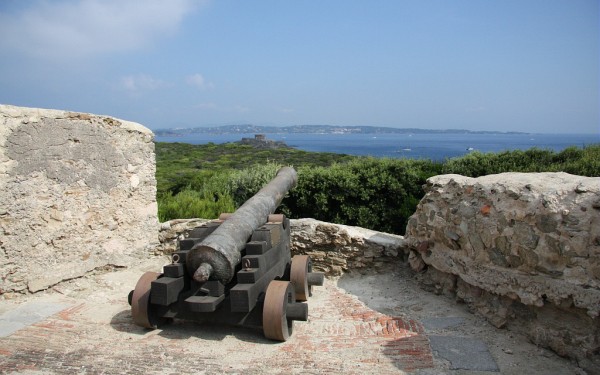 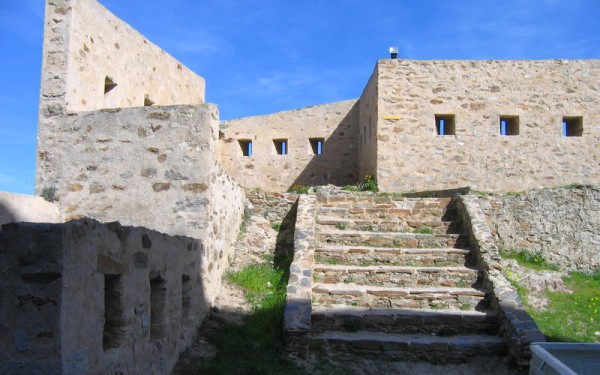 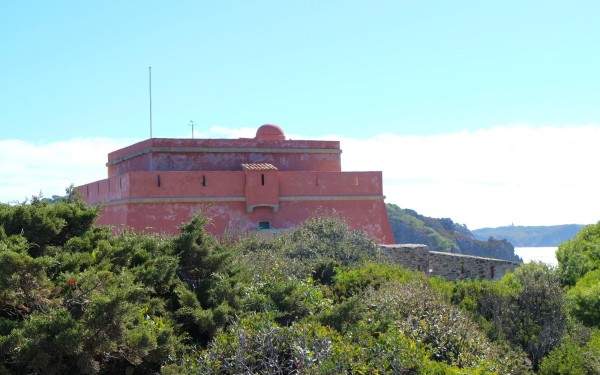 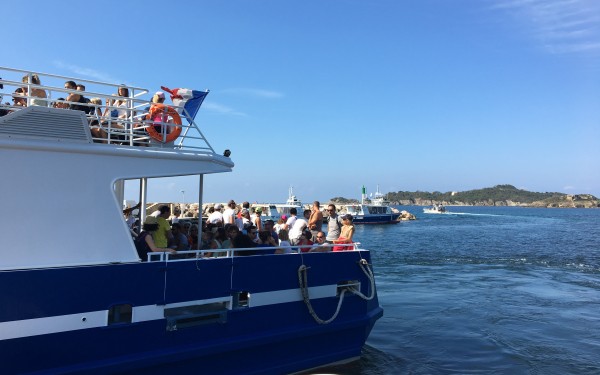 Hyères is located in the southernmost part of Provence. It is located on the Mediterranean coast between the towns of Toulon and St. Tropez. The peninsula, named “Giens”, lies a few kilometers into the sea. At the end of this peninsula, at “Tour la Fondue”, you can cross over to the three islands: îles de Hyères. In the summer months, you can also sail from other places: Toulon, Le Lavandou, Cavalaire, Bormes and La Londe. It is especially fun for children. The boat has a transparent bottom, giving you a unique view of the seabed.

To îles d’Or during the holidays

The islands of Hyères are also called the Golden Islands because the red-brown rocky coast glows golden at the end of the day. The islands are popular with tourists, especially for day trips. There are few hotels on the islands. The nature is beautiful, and you can enjoy cycling and walking.

There are three islands:

As is often the case with special places, there is a legend about the origin of these islands. This is also the case with the Îles de Hyères. Legend has it that Prince Olbianus had four beautiful daughters. They could swim very well. They often swam a long way off the coast. One day, when they were swimming, a pirate ship arrived. Their father called for them to come to shore quickly. Unfortunately, the pirate ship was faster and overtook them. The prince asked the gods for help and to protect his daughters from being kidnapped by the pirates. The gods listened to the prince. The princesses felt their bodies freeze. Their bodies turned to stone. The three princesses furthest from the coast formed the Golden Islands of Porquerolles, Port-Cros, and Levant. The fourth princess was able to grab her father's hand just before she froze. She turned into the beautiful Giens peninsula. Everyone believes that the peninsula and the three islands got their beauty through these princesses.

The island of Porquerolles is the largest of the three islands. The island has been owned by the French state since 1971 and was declared a national park in 2012. It is only possible to view the island by bike or on foot. You can take a nice walk to the lighthouse, where you have a beautiful view of the island, the azure blue sea, the sandy beaches and the fortress.

From the harbor, you can walk into the village. There is a large square with a church, shops, cafes and restaurants and bicycle rental. In the village, you will see the typical Provencal houses, overgrown with bougainvillea. On the island are vineyards, olive and fruit trees. On the north side of the island, there is a beautiful beach, while the south of the island is formed by steep rocks with bays and beaches in between. The crystal clear water is about 27 degrees, a pleasant temperature for water sports enthusiasts. You can go here for: snorkeling, jet skiing, sailing, paddle boarding and kayaking.

On the island, there is also a museum: La Fondation Carmignac, a museum of modern art and a sculpture garden between the vines and olive trees.

The island of Port Cros is less than half the size of Porquerolles, but the highest point is higher (200m compared to 150m). Around 1960, the owner donated the island to the state under the condition that the state turn it into a national park in order to protect the flora and fauna. Port-Cros National Park was established in 1963, and is the only national park almost entirely owned by the state.

You can visit the island, which is much quieter than Porquerolles. There are several hiking trails that run through the nature reserve.

The island of Levant is the third of the three Golden Islands. It is slightly smaller than Porquerolles and somewhat larger than Port-Cros. Nature is also beautiful here, with bays and sandy beaches. In one respect it is completely different from the other islands. This island is mainly intended for naturists.

Defenses of the Îles de Hyères

There are various fortifications on the three islands. They were needed to guard the coast. In later years, they were used as state prisons. You can visit most fortresses. The main fortresses are:

Sainte Agathe consists of a large round tower. The walls are 4m thick. You can climb the tower and enjoy the beautiful view.

Fort de l'Alycastre: The name of this fort comes from the name Lycastre. This was a monster that terrorized the islanders and was defeated by a brave knight. The fort has a square tower that is surrounded by walls in the shape of a star.

Fort de la Repentance: This fort is buried in the ground and barely visible. This fort was completed in 1893. This fort is not open to the public. Since 1995, the fort has been restored by a monastic community that lives there. From that moment on, it has been given the name “monastery of Sainte-Marie du Désert”.

Fort du Grand Langoustier: This fort is clearly visible on the island. It has the shape of a pyramid and resembles an Incan monument.

Fort du Petit Langoustier: This fort is located on a rock at the edge of the island. The fort has a tower with cannons. This fort was built to protect the sea between the mainland and the island. There were also cannons on the land at Tour Fondue and on the island of Grand Ribaud. Together, they were able to monitor the sea very well.