Gironde - Aquitaine for a popular holiday in France 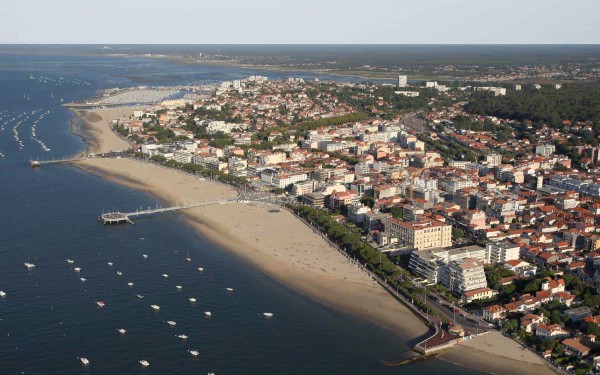 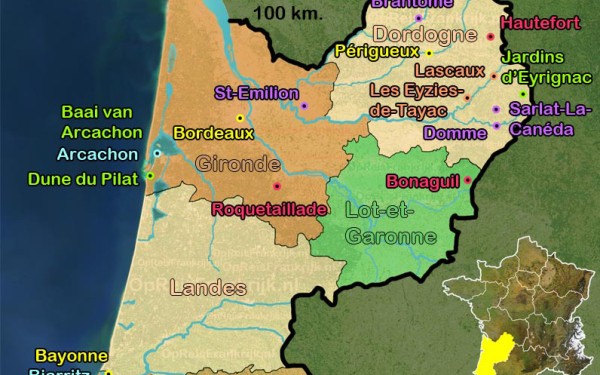 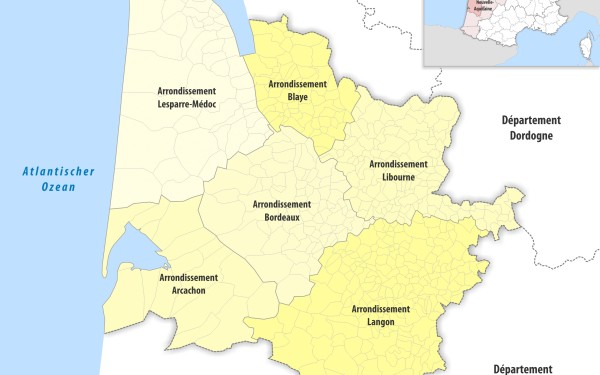 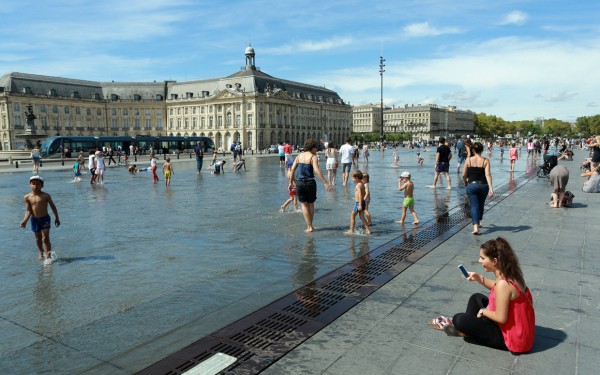 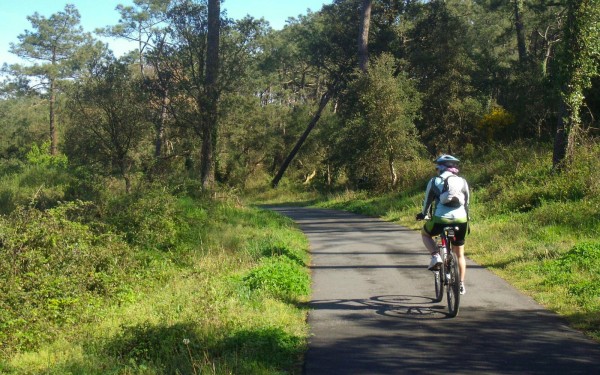 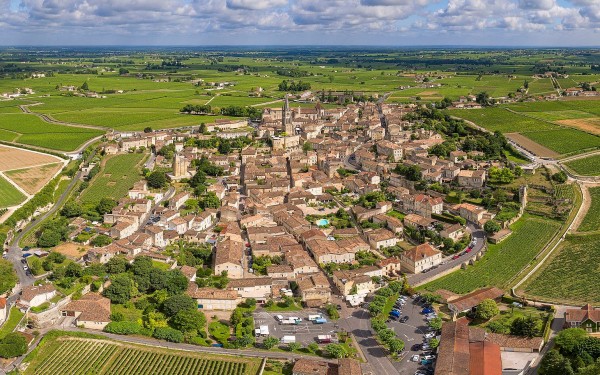 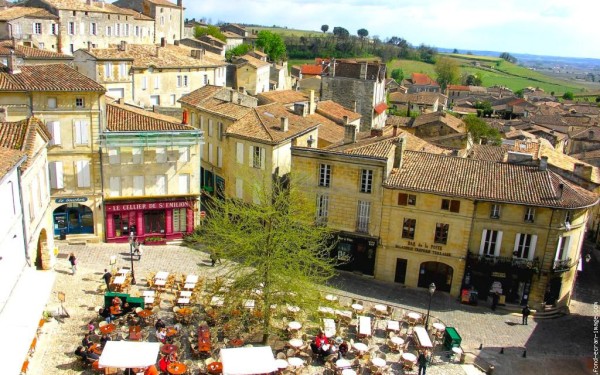 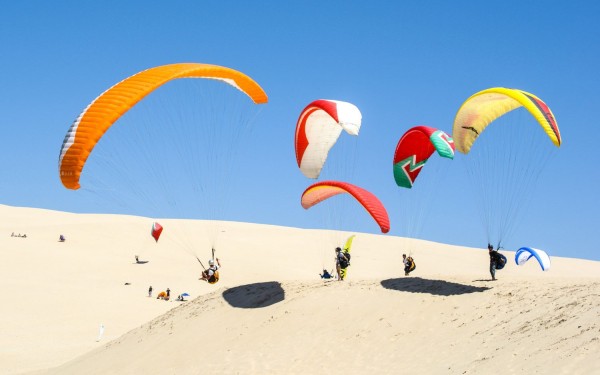 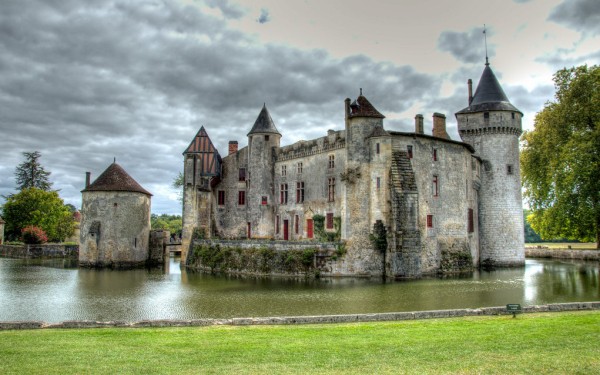 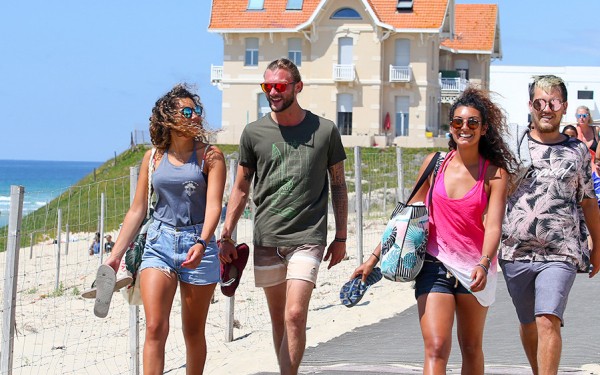 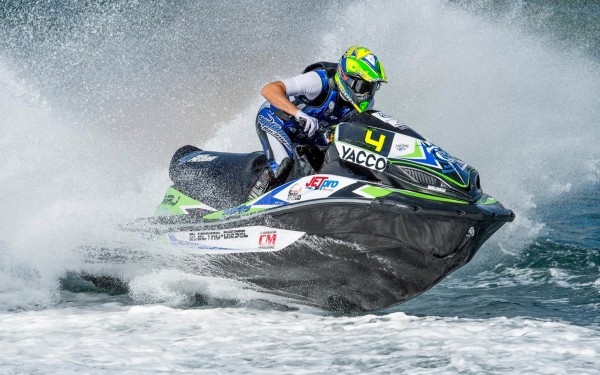 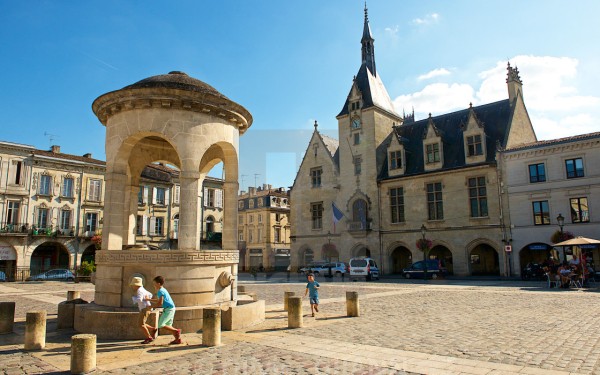 The Gironde department is the largest department in France and is beautifully situated on the Atlantic Ocean. The department is part of the Nouvelle-Aquitaine region that encompasses the whole of South West France.

The Gironde is very varied and therefore very popular among tourists who wish to spend their holidays there. Sun, sea, beach, nature and culture, Gironde has it all. Moreover the possibilities of water sports, extensive cycling routes, hiking trails through forests and vineyards, the basin of Arcachon, tourist villages with cozy terraces and the culinary qualities of this region, will ensure a successful holiday!

Surroundings of the tourist region of Gironde

On the west side of the Gironde department lies the Atlantic sea with its long sandy beaches. Four departments are located around the Gironde:

The Gironde department is divided into six arrondissements:

Tourist places in your holiday region

There are amazing touristic destinations in the Gironde department, the most popular are listed below.

There is plenty to see and experience in this beautiful city. The historic city centre is packed with authentic buildings and is well worth a visit. A famous site in Bordeaux is the Place de la Bourse, a beautiful square with magnificent buildings around it. This square is located on the banks of the Garonne River. In the centre of the square there is a beautiful fountain, the Fontaine des Trois-Grâces. The fountain is based on a story from Greek mythology. The highlight of the Place de la Bourse is certainly the Miroir d'Eau. This is a shallow water basin and is the largest in the world. It was created with such a big size to reflect the entire square in the water. The largest square in France is the Place de Quinconces and is full of statues, including Montesquieu and Montaigne, and various fountains.
Bordeaux is also a cultural city with several museums. A well-known museum is the Musée d'Aquitaine in which the history of the region is exhibited, the museum houses many Roman objects. You should also visit the CAPC musée. It is world famous for its modern art. You can also visit the imposing Cathedrale Saint Andre and the Tour Pey-Berland.

Bordeaux is located in the middle of a wine region, thus there are great wineries with exhibitions and tastings all around the area. The Musée des Vins and La Cité du Vin are two of the best and most fun wine museums in the city. The Cité du Vin, located in an impressive building, is further out from the centre but a lot bigger than the Musée des Vins. This museum not only focusses on wines from the Bordeaux region, but discusses all kinds of wine regions in the world. Audio guides are available and the museum is also very interactive.

Saint-Émilion is a beautiful medieval town located on the banks of the Dordogne River. Inhabited since the 8th century, it has a long history which is reflected in the historic city centre. Saint-Émilion is on the UNESCO World Heritage List and with good reason. When entering the village you are greeted with a modern medieval city with beautiful houses built around stone squares. The Monolithic Church is one of the main attractions. Monolithic means that the church is built on and in a protruding rock. The monolithic church of Saint-Émilion is located in a rock and has a beautiful church tower which protrudes from the rock. Climb the tower for a stunning view of the city.
Saint-Émilion is also known for its wine. The village is located in a world famous wine region.

Arcachon is located on the coast and is a unique seaside resort with a lovely centre and beautiful suburbs. These suburbs originated during the 19th century when many rich French built a villa there. The most beautiful and colourful villas are located in this residential area “Ville d’hiver”. Make sure you take the time to view this district. You will also pass a beautiful viewpoint along the way.
The Boulevard is always a popular place to have a stroll. Enjoy the beautiful views over the sea, take a look in the small souvenir shops and enjoy the mussels and oysters that can be eaten in the delicious restaurants.

Nature highlights in the Gironde region

The diverse region of the Gironde also has a great diversity in nature. Of course there is the sea that never ceases to fascinate, as well as the hinterland of dunes and forests.
There are some places that stand out in particular:

Inland you can find some beautiful recreational lakes. These large inland lakes offer numerous opportunities for water sports. These lakes and beaches are also ideal for families with children. The bathing water is safe and there are no waves. Well known are the Étang de Lacanau, Lac d'Hourtin and the lake at Sanguinet. The lakes offer plenty of facilities for various types of surfing, sailing, canoeing, swimming and much more. They are located in unspoilt surroundings with a beautiful nature of dunes, woods and swamps.

Cultural sights during your vacation

If you are interested in culture, you can visit several beautiful places in the Gironde. There are many old buildings in Bordeaux, but impressive historic buildings can also be found outside Bordeaux:

The Bordeaux region is internationally known for its excellent wines. Especially the Médoc, north of Bordeaux, is a world famous wine region. The wine region covers approximately 80 km and is located on the banks of the Gironde. The wines produced there are mainly Cabernet Sauvignon, Cabernet Franc, Petit Verdot and Merlot.
In the Médoc there are extensive vineyards and beautiful wine castles. Two of the most famous vineyards are Château Latour and Château Margaux. Château Latour is regarded worldwide as one of the best vineyards. They produce top wines dating back to the year 1947 and the 1961 wine is considered legendary among wine connoisseurs. Château Margaux is also a very famous vineyard with top wines from the year 1899. At Château Margaux, the wine from 1900 is seen as a legendary wine among wine connoisseurs.
Another well-known wine estate is Château de Sales. This wine estate with a beautiful castle is open to visitors. The domain has belonged to the same family for more than 5 centuries and during the tour you will learn all about their history. Of course you are also told all kinds of information about wine making. It is a very well-maintained castle with beautiful vineyards.
There are also the renowned wineries Lafite, Palmer, Lafite - Rothschild and Mouton-Rothschild and Clément-Pichon. Beyond Bordeaux are the wine regions of Pomerol, Saint-Émilion and Entre deux Mers.

There are many possibilities for recreational activities in the Gironde region. There are amusement parks, aqua parks, zoos, adventure parks, tree climbing courses, playgrounds and much more. These parks are suitable for both children and teenagers and are a fun way to spend a day during the holiday.

Sports activities during the holidays

The holiday does not only have to be a period of rest. Many seek relaxation in sporting activities. In Gironde there are plenty of options:

Cycling in the Gironde during your holiday

The Gironde is an ideal environment for cyclists. The landscape is fairly flat and the nature is very varied. The Gironde was one of the first regions in France to create an attractive cycle route network. There are many cycling routes with a total length of over 700 km. Beautiful, wide cycle paths and paved roads along the Atlantic coast, through the forests, the dunes and the vineyards:

Walking in nature on the Atlantic coast

You can take beautiful walks in the Gironde. The landscape is so varied that you can take a different kind of walk every time:

Eating & drinking in the Gironde

The region around Bordeaux is known for its wine. However, there are more unique specialties. Vegetables and cold cuts are very important, but here you can also find the best caviar in the world in this region. Sweet treats served here are amazing as well!

The best caviar in Aquitaine has been produced on the south side of Lake Arcachon for 25 years. The caviar is called Perlita, and it comes from eggs of the Siberian sturgeon, which adapts well to the French soil. Good restaurants and delis sell the caviar in France and abroad. It is possible to visit the fish farm and do a tasting by appointment.

The small village of Lormont lies on the right bank of the river Garonne. In this village a special pâté is made following an old recipe: Grattons. Fresh ham and spiced pork shoulder is slow cooked. Then the bottom of the pan is scraped (gratté in French - where the name gratton comes from) to remove the pieces of meat, which are processed in a terrine. Gratton can be eaten cold as a starter or warm as a main course.

Asparagus has been grown in the Blaye region since the 15th century. The asparaguses from this area are known for their slightly sweet taste. Legend has it that the Marquis of Vauban, owner of the Blaye Citadel, introduced this vegetable to the court of Louis XIV.

In 1620 a religious order was established in Saint-Emilion. One of the sisters had a recipe for macarons that consisted only of fresh and very tasty products. She secretly told the recipe to some insiders, who passed it on from generation to generation. You will find the factory and shop for “authentic macarons” from Saint-Emilion next to the post office.

The “Canelés” cakes are linked to wine history. The winemakers gave the egg yolks that they did not need for the wine (they only needed the egg white) to the inhabitants of Bordeaux who made this cake. The canelé is a little crispy on the outside and soft and creamy on the inside, with a delicious vanilla flavour and an aroma of rum. Known and famous in the region is the Baillardran patisserie. They sell the traditional canelé with chocolate or vanilla and have 12 shops in Bordeaux and 20 in Gironde.