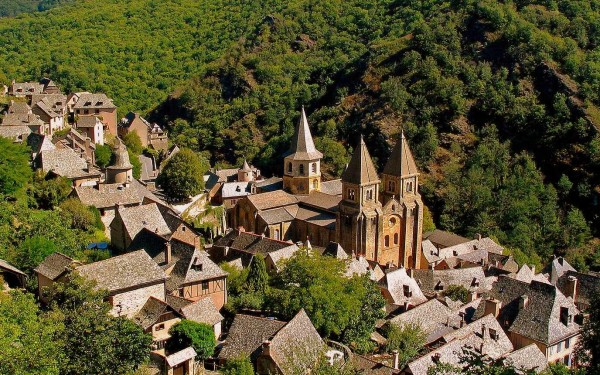 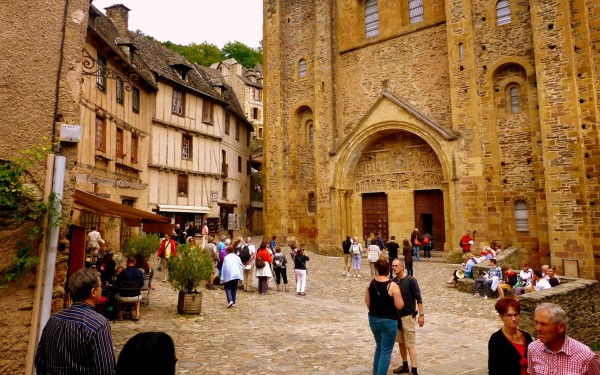 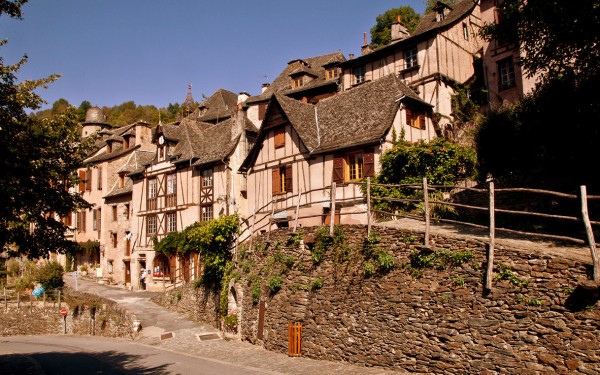 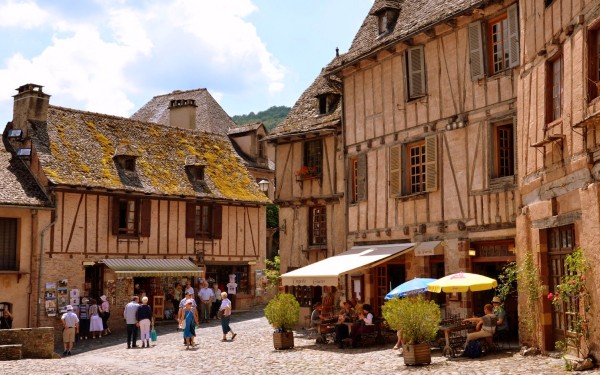 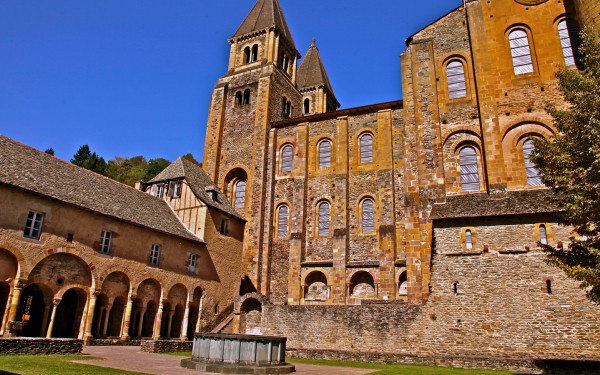 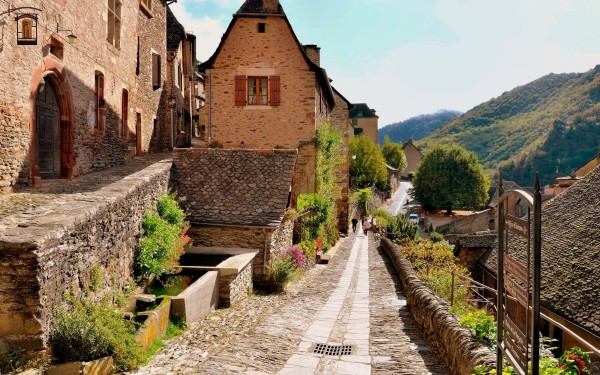 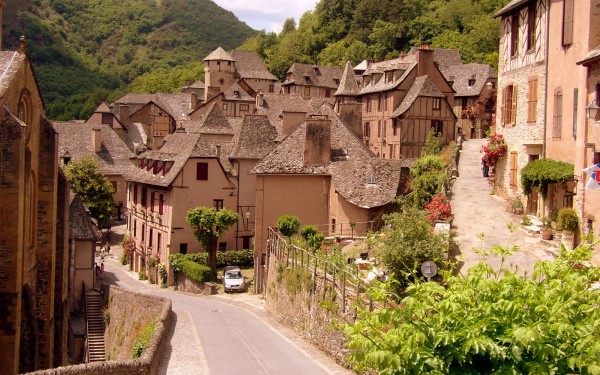 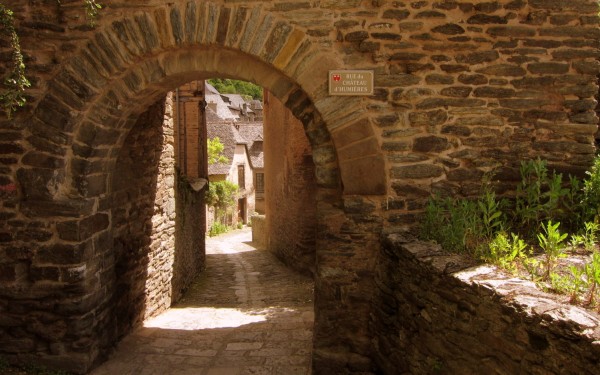 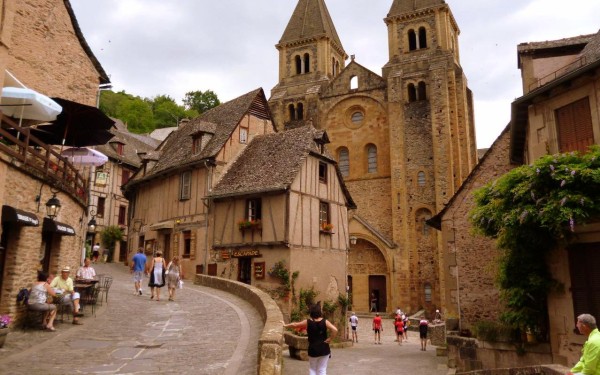 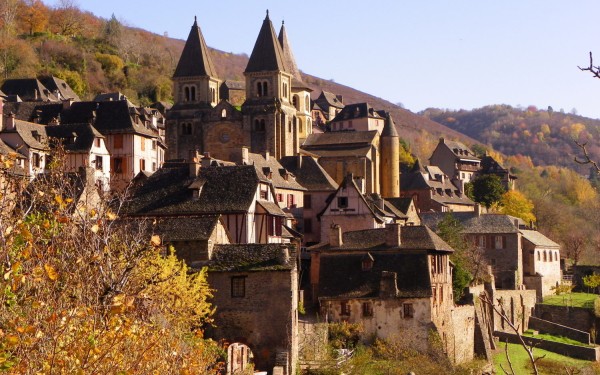 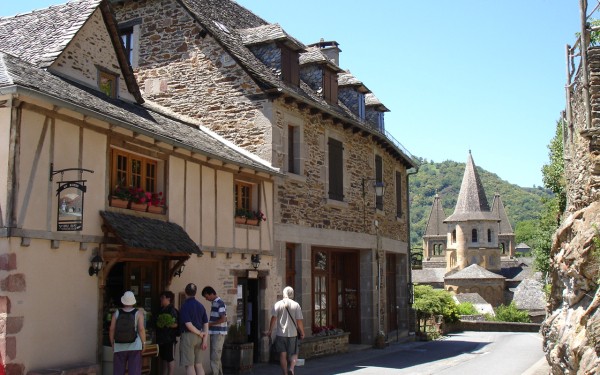 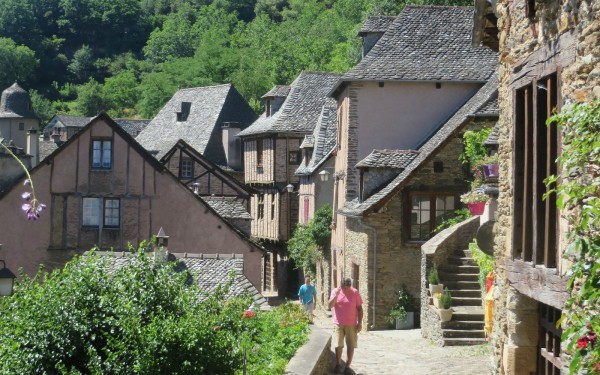 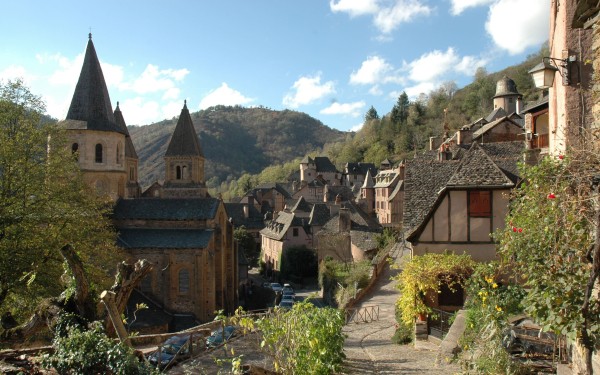 Conques is a beautiful town located in the department of Aveyron, in the Midi-Pyrénées region. This town has preserved its medieval character and is considered one of the most beautiful villages in France.

Conques is built on a steep slope of a valley of the river Le Dourdou, a tributary of the Lot.
Because Conques is built on a fairly steep slope, the streets are actually a type of terraces. This gives a nice effect because you'll overlook the roof of the buildings one street below when you're on a higher street. The same is true at the church. As you approach the church from the main parking lot, you can see the 'first floor' of the chorus.

For Conques, it all began in the 11th century. At that time, enterprising monks built a great abbey church on the remains of an ancient hermitage. The relics of Sainte-Foy, a young Christian martyr, were housed in that church. A few miracles then occurred and attracted a large flow of pilgrims.
Conques' reputation reached its peak in the 11th and 12th centuries and prosperity kept pace. This is evident in the 'Treasury of Sainte-Foy': for Europe a unique treasure that can be seen on the abbey domain.

As a stop on the pilgrimage route to Santiago de Compostela, the village was important in the second part of the Middle Ages.
Like any major stopping place on the pilgrimage route, Conques itself is an object of pilgrimage. The abbey church held the relics of St. Foy, a girl who was tortured by the Romans in Agen in the fourth century and killed because she did not deny her faith. A young girl who was killed for her faith; for people in the Middle Ages this was a huge attraction and thus Conques had a great religious status.

The importance of Conques for pilgrimages is evidenced by the fact that the village was listed as World Heritage by UNESCO for two monuments. This concerns the abbey church of Sainte-Foy, famous for its tympanum of the Last Judgment and the pilgrims bridge over the river le Dourdou.

Today, Conques is a busy village. When you walk through the village you find yourself in the Middle Ages! This is because its medieval character is very well preserved. The presence of many old houses and the shops and restaurants ensure that you can certainly spend an afternoon here. The medieval Conques with its beautiful abbey, is rightly regarded as one of the most beautiful spots in the Midi-Pyrénées region and is definitely worth a visit!