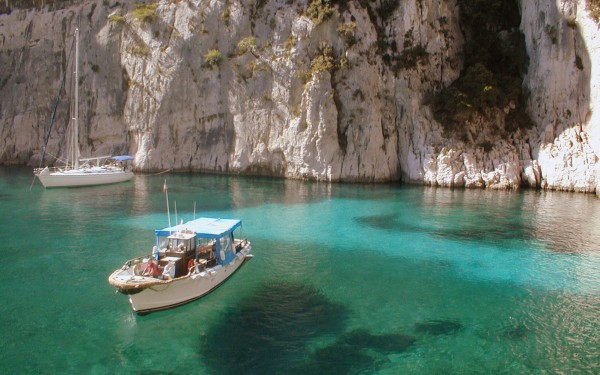 Spend your holiday in Provence

One of the most famous tourist regions in France is an area with the official name "Provence Alpes Cote d'Azur," also known as PACA. This region stretches from the Camargue coastline to Menton, all east of the line Orange, Avignon, Arles. It reaches all the way to Briançon in the north.
"Provence" and "Côte d'Azur" often conjure up images of beautiful nature, the clear waters of the Mediterranean, the wonderful summer evenings, the scent of the lavender and the pleasant, sunny climate to many holidaymakers.

The region consists of 6 departments, each with its own distinctive character:

Sights to see in Provence

The capital of the Provence Alpes Cote d'Azur region is Marseille, a large port city with a population of over 800,000. It is also the oldest city in France with numerous landmarks such as the Vieux Port, Palais Longchamp, the oldest religious site in France Abbaye St. Victor and Notre Dame.
Visit the harbour with its splendid restaurants and taste delicious fish dishes and the typically French atmosphere.

Holiday house in Var (Provence): starting point of your holiday

The Var department has a number of regions that have been given their names according to their location or characteristics. For example, the region around St. Tropez is called "Golfe de St. Tropez." The western coastline with Cassis, Toulon and Hyères is called "Provence Méditerranée," and to the north lies the "Provence Verte."
On the border of the Provence Méditerranée and Provence Verte lies the village of Nans les Pins.

The coast of the Var contains several protected natural areas with beautiful sandy and pebble beaches that you can access via hiking trails. These hiking trails run over red rocks, allowing you to discover amazing calanques (bays).
St. Tropez and the Gulf of St. Tropez are definitely at the to of the recommendation list. But don't forget special places like Port-Grimaud, Saint-Maxime and Gassin-Cogolin. The best time to fully enjoy this region is in the early or late holiday season.

Visit the region near Hyères, for example. This are is especially gorgeous. The many palm trees are there for good reason as most of Europe's palm trees are grown here.

In total there are more than 230 beautiful sandy beaches, some hidden in quiet bays that are accessible via a narrow path. Go to tourist office when there. They will be happy to inform you where you can find a nice and remarkable beach.

Porquerolles, Port-Cros and Le Levant are idyllic islands off the coast of Hyères. White sandy beaches, blue waters, rock formations and pine trees characterise the landscape, which is also filled with numerous forts. The best seasons to visit the Parc National are during spring and autumn.

In the Var, hikers can follow more than 800 km of hiking trails in the woods and mountains, as well as beautiful hiking trails along the coast. Le Sentier du Littoral lets you discover the loveliest spots of the Var and Côte d'Azur. Over 200 kilometres of coastal path give way to impressive views and unforgettable experiences. There are also the numerous vineyards, which are great for a stroll.

The inland of the Var, i.e. the northern part of the Provence Méditerranée and the Provence Verte, is more than worth a visit. Over 400.000 hectares of forest and countless protected natural areas can be found here. The wooded surroundings of the Var offers some cool shelter on warm and sunny days. It is one of the larger forest areas in France.

Make your way a bit further towards the hinterland and discover pretty villages and towns.
La Provence Verte is a beautiful region with lots of untouched nature. A total of 38 villages can be found in the middle, of which Entrecasteaux is undoubtedly the most beautiful. Varage is a village that has become famous mainly through pottery. Looking to visit a local abbey? The Cistercian Abbey of Le Thoronet can be found on a beautiful landscape, considered one of the finest abbeys in France.

At the heart of the Var lies the Réserve Naturelle Nationale, with an amazing landscape reminiscent of an African savannah. Lake Escarcets features exceptional flora and fauna.

Discover the Mimosa in bloom

One of the typical trees in Provence is the Mimosa with its small, yellow, fragrant lint balls at the beginning of the year. They really come to life when the skies are clear and blue. Follow the special Mimosa route from Bormes-les-Mimosas all the way to the Alpes Maritimes.

There are three mountains in the Var: the de l'Estérel massif with the characteristic red rocks facing St. Raphael, les Maurus, which stretches along the entire coast and has a dark green hue thanks to the cork oaks and chestnuts, and La Sainte Baume, which rises up like a wall of white limestone from the typical Provencal landscape.

Cycling for the active holiday seeker

Mountain bikers can go all out in the Var. The area is full of marked mountain bike trails. At Entrecasteaux, for example, more than 400 kilometres of mountain biking trail can be found, ranging from very easy to difficult.
Leisure cycling in the Var is also possible. The number of cycle routes and cycle paths (pistes cyclable) are on the rise, such as the beautiful Parcours cyclable du Littoral. Eventually, this cycle path will be approximately 120 km long and connects Saint-Raphaël with Six-Fours. It takes you past the 20 municipalities along the route, the Mediterranean, the Gulf of Saint-Tropez and the Esterel. The route largely follows the old railway line in Provence.

Food and drink lovers can truly indulge in the Var. The mix of the Provence and Mediterranean Seas makes for a variety of restaurants.
Many wine-growing areas produce fine wine, and if you are looking for good olive oil, there are plenty of places where you can find the best local produce. Be sure to ask for the addresses when there. The locals are more than happy to help!

Made with the traditional grape varieties from Provence and now reputed throughout the world: the AOC Côtes de Provence, Bandol and Coteaux Varois. Discover them in the vineyards, the maisons des vins, along the Route des Vins de Provence, or thanks to the label 'Vignobles et Découvertes'.