General information about the region 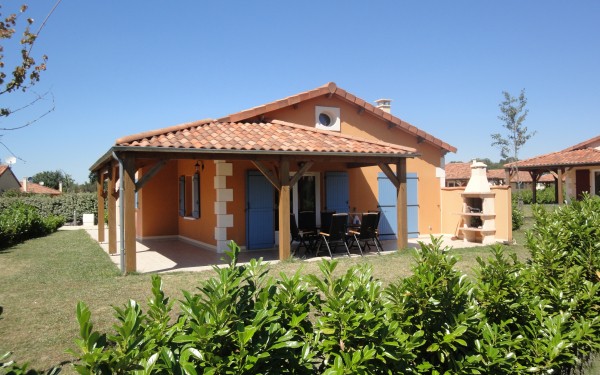 Holidays in the Poitou-Charentes - Nouvelle-Aquitaine

On 1 January 2016, several new provinces were created in France as a result of merging several initial territories. This also applies to Nouvelle-Aquitaine, in which the Poitou-Charentes, Aquitaine and Limousin departments were merged.

Map of the Poitou-Charentes

The Deux-Sèvres department shares its borders with Maine-et-Loire to the north, Vienne to the east, Charente and Charente-Maritime to the south and Vendée to the west.

There are 6 different regions:

The region has a pleasant climate. In fact, it is one of the sunniest regions in France with an average of 2250 hours of sun every year! In June to August, the climate is generally dry.

A part of the pilgrim route to Santiago de Compostella runs through Poitou-Charentes. Heaps of religious Romanesque art can be found along this route, such as the Abbaye de Saint-Savin-sur-Gartempe, Abbaye aux Dames de Saintes, Abbaye de Fontdouce, Eglise Notre-Dame-la-Grande and the Eglise Saint-Pierre d'Aulnay-de-Saintonge

The Parc Naturel du Marais Poitevin is a very popular region for both tourists and French locals. The area is located between the A10 and the Atlantic coast, near Niort.
The region consists of two parts. Towards the coast, the marsh is partly drained where the damper parts are situated closer inland. This area is simply stunning and is also referred to as Venice Vert. Visitors can take in the area's beauty with the help of a guide or alone. You can go hiking, cycling and venture on boat trips with villages dotted along the way.

The hilly Cognac region is nestled towards the south of the Poitou-Charentes. The many vineyards, sunflower, wheat and corn fields slope over the rolling hills. The town of Cognac is lined with old streets with beautiful mansions, making a gander through the city definitely worth your while. The large cognac houses are located here along the quay of the Charentes river. A visit to the renowned cellars of the houses Martel, Hennesy or Otard is surely a must-see for enthusiasts.

Further along the Charente is the town of Jarnac. This is where the renowned house Courvoisier is located. Make your way to the cellars and see the cognac making process.
Jarnac is also famous thanks to French president Mitterand, who spent his youth and is now buried here.

The university town of Poitiers has a pleasant city centre with many boutiques and a vibrant nightlife. Its nightlife spans a wide scope with plenty of options for both young and old. It is one of the oldest cities in France and rich with culture and history.
The city of Poitiers has been awarded the Ville d'Art et d'Histoire (city of art and history) label by the Ministry of Culture, and is also called the city of 100 bell towers.

To the west of Poitiers is Parthenay, located in a region with an agricultural character. The city lies on the banks of the Thouet and has retained its original medieval character in the old centre, with ancient streets and beautiful architecture. It is still clear to see Parthenay was a place of pilgrimage, based on the markings on buildings, the city walls and the impressive entrance gate. The town is also on the route to Santiago de Compostella. On Wednesdays, one of the largest cattle markets in France is held here. The market covers an imposing 13,000 square metres. Be sure to be on time and join a guided tour. This region is known for its superior beef and mutton.

The city of Niort is situated in the river Sèvre valley and is very much worth a visit. Picturesque streets with cosy bars and restaurants line Niort and Montbron. Giving a 10% tip is customary in these parts.
A speciality in particular is the so-called green angelic root. A stalk that is dried and inlaid in sugar.

Cycling in the Poitou-Charentes

The Poitou-Charentes is perfect for a cycling holiday. Absorb the varying nature and pass through quaint villages with historic buildings and terraces while cycling in Poitou-Charentes. Over 1.000 km of cycle paths are at your disposal, challenging and adventurous for both the touring cyclist and mountain biker alike. A number of routes have already been mapped out that take you to breathtaking landmarks of the Poitou-Charentes.

Hiking in the Poitou-Charentes

Given its variation, mild climate and minor differences in altitude, this region is extremely suitable for hikers. There are numerous hiking routes that are spread over this area. They also include shorter routes, which are recommended, or otherwise no routes at all. Sometimes you stroll over hills and through fields, other times through the woods. Hiking trails also run through the vineyards and the Marais Poitevin.

You can find vineyards north of Poitiers, near Neuville-de-Poitou. Haut-Poitou is a small authentic wine region, inhabited mostly by small winemakers who cultivate local wines from the cabernet, gamay and sauvignon grape on the vineyards of their country houses and castles.
The most famous drink of the Poitou-Charentes is the Pineau, an aperitif based on wine and cognac.

In the surrounding area near Poitiers is Futuroscope, a theme park that revolves around technology and the future. This park is very popular and is visited by enthusiasts from home and abroad. There is more enough to do and discover for adults, younger and older children. A truly amazing atmosphere is created with the help of 3D and 4D imagery.

The coastal area of ​​the Poitou-Charentes is also great to visit. The long coastal strip is extremely diverse in itself. Vast beaches with delightful villages and cosy terraces, but some rugged areas too! The (peninsular) islands of Oléron, Ré and Aix are also a must see. If you really want to enjoy nature, tranquility and beauty, then travel during the low season. Don't count on a relaxing experience during the holiday peak.

La Rochelle is great for a day trip. It has a beautiful old town and port where you taste the atmosphere of colonial times. At the same time there is a vibrant side to the city with bars, restaurants and plenty of terraces. Explore La Rochelle on the yellow bikes (velos jaunes). There are 350 bicycles available for tourists in the city. Show your ID and cycle the first two hours for free, afterwards for a small charge. Be sure to cycle along the daily market in the indoor market hall. A local market guarantees a taste of the authentic French lifestyle. Also fun for the kids during your holiday.
You can also stroll through Les Minimes. With 3500 berths, this is the largest marina in France for pleasure boats.

Slightly further south is Rochefort. With a marshy landscape, the Réserve naturelle de Moëze is an area with thousands of migratory birds.

Is the weather far from ideal? There are several indoor activities in the neighbourhood. There's an indoor playground for children up to 12 years situated in the popular town of Niort. We've also kept the little ones in mind. There is a special section for children up to 3 years old.
Just a short distance from your holiday home in Poitou-Charentes, in the town of Civaux, is where you'll find Planete des Crocodiles. The name says it all: an indoor reptile park with crocodiles and turtles.

There are also some areas tailor-made for shopping. Poitiers, Niort, Angouleme are cities with a large shopping area and entertainment venues where you can enjoy yourself for the day. Restaurants and terraces abound.

Eating and drinking during your holiday

The Poitou-Charentes is also known for its regional dishes. One such delight is Matelote d'anguilles, an eel dish. Others include Sauce aux Lumas (snails with red wine), goat lamb with green garlic or mutton and farm ham rubbed with salt and cognac. In addition, goat cheese from the region is simply delicious and carry exotic names such as Chabichou. Others simply are labelled with the name of the place like Lezay or Saint-Bougon. The most famous drink of the Poitou-Charentes is the Pineau, an aperitif based on wine and cognac. Local wines from the various regions are almost all of good quality. Don't forget to try the Broyé Poitevin (round cake) or the Macarons de Montmorillon (almond biscuits).

Golfing near your holiday home

Golf enthusiasts can head to various golf courses in the region. The first golf course is Golf des Forges, next to the park. Green fees can be obtained at the reception.
The other course is Golf du Haut-Poitou, located on the sloping banks of the Lac Saint Cyr, a beautiful recreational lake.

That moment you step into your car marks the start of a memorable trip to your holiday home. Be sure to take a pit stop and see a pretty village along the way. Or spend a few nights around Paris to admire the Eiffel Tower or visit Disneyland.

Find yourself at the park? Then ask the administrator for more information. He knows the region like the back of his hand.