Train jaune – a nice daytrip during the holidays 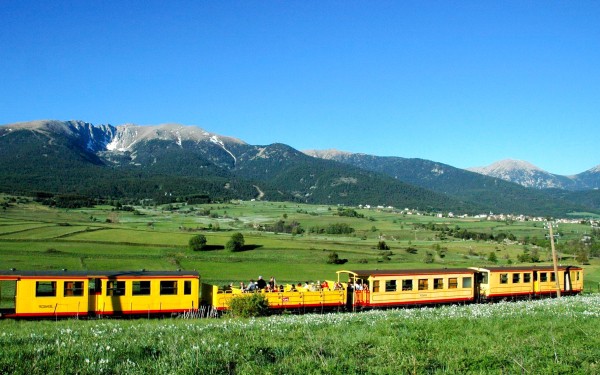 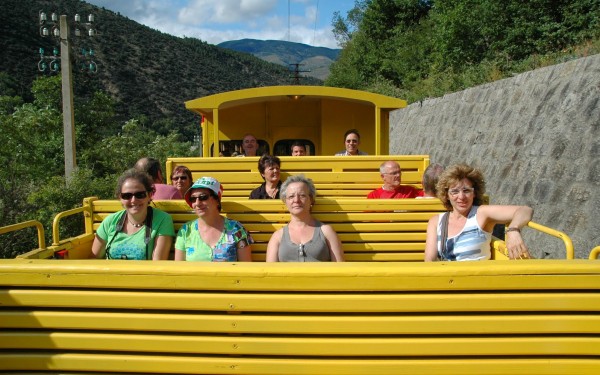 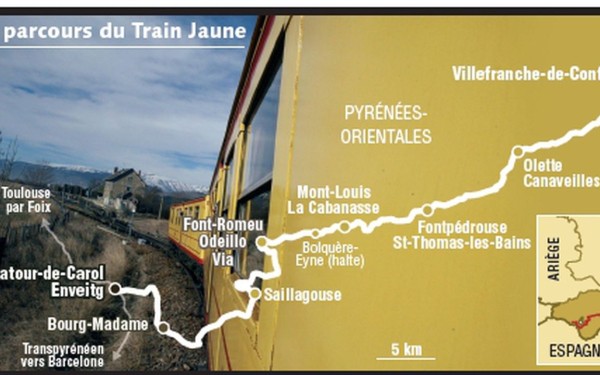 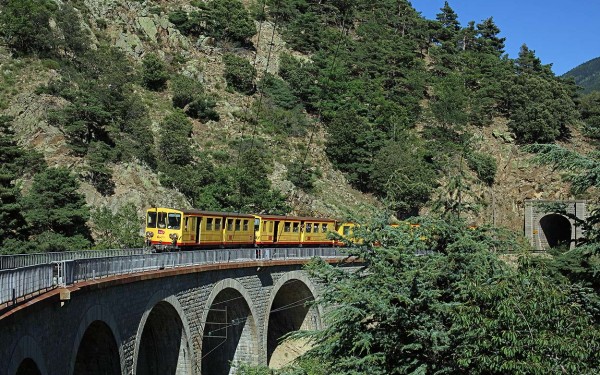 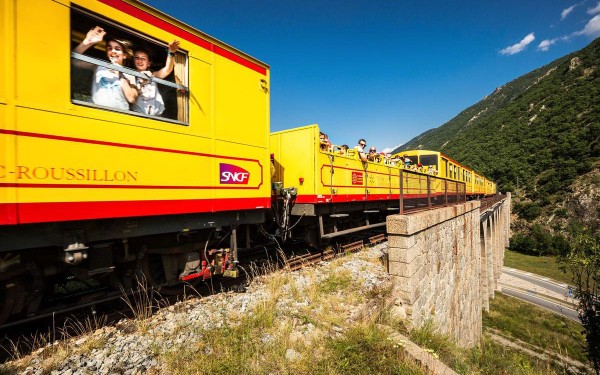 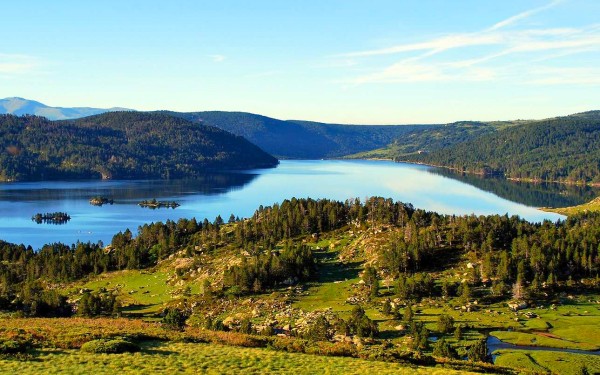 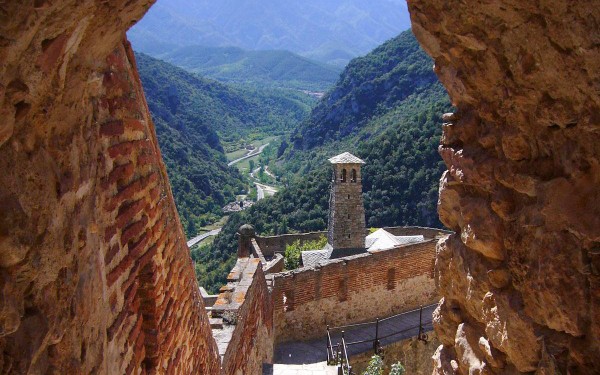 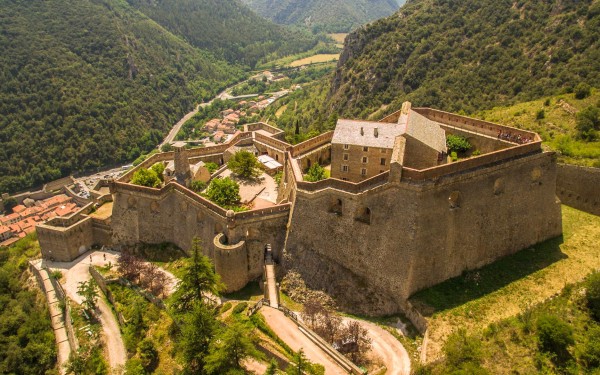 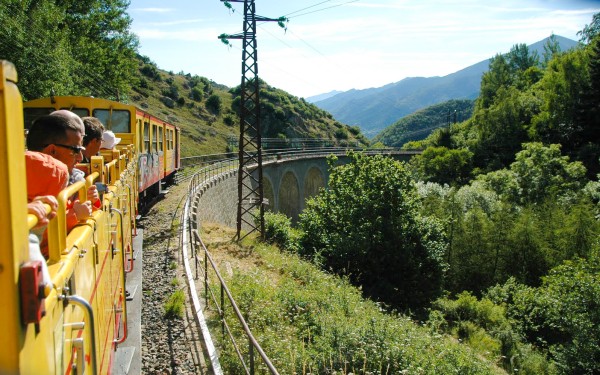 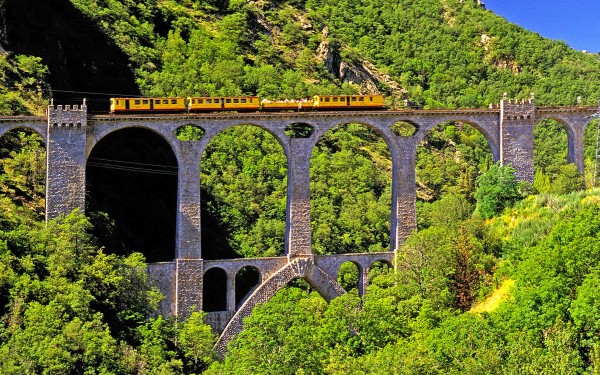 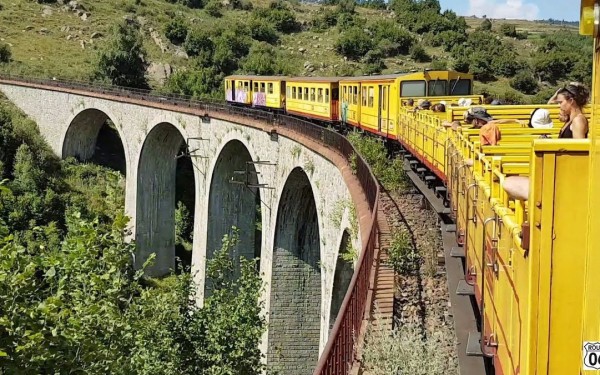 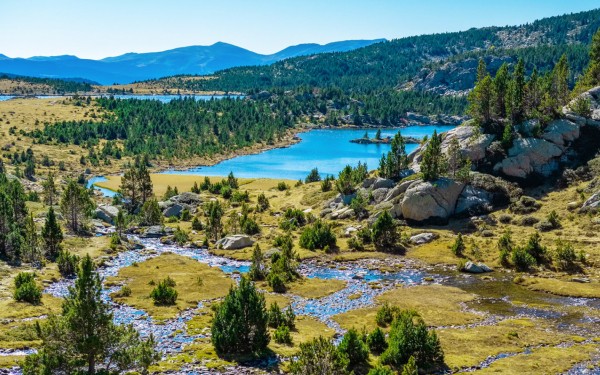 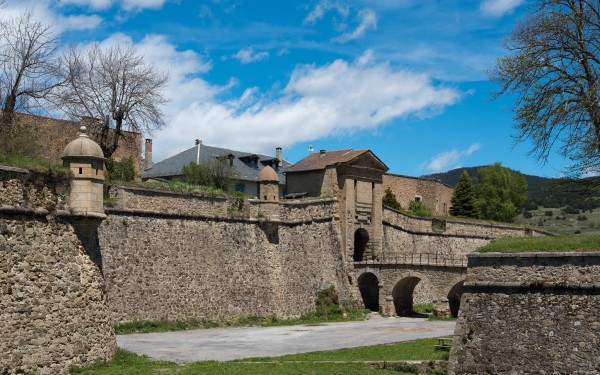 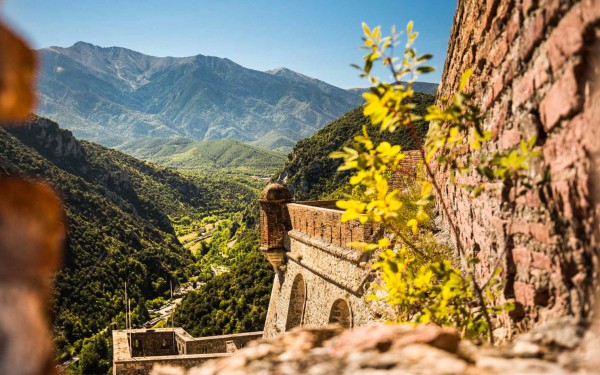 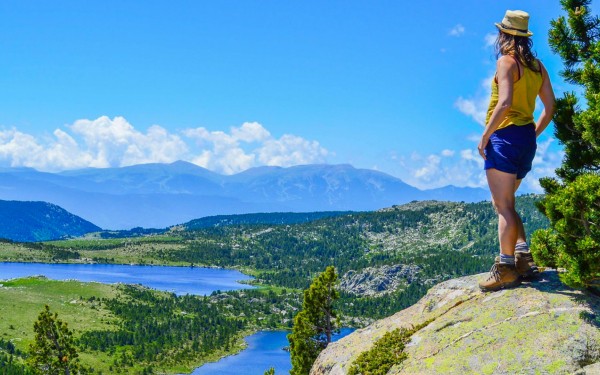 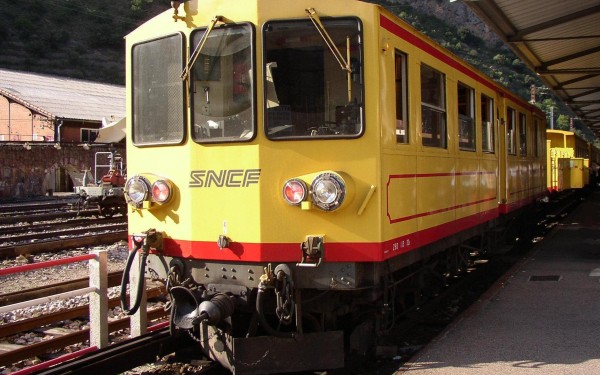 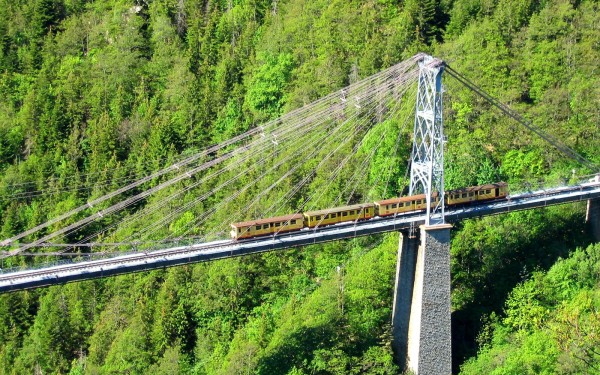 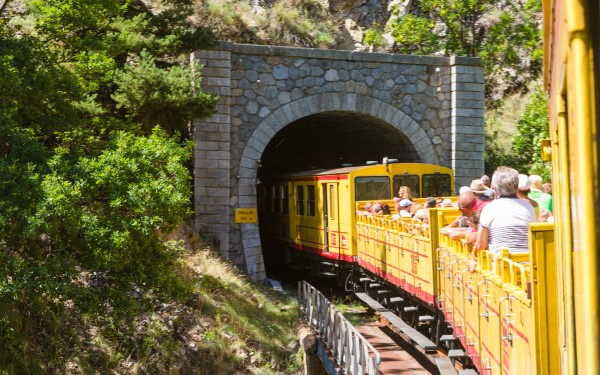 During your holiday it is definitely worth visiting the ‘Parc Naturel Régional des Pyrénées Catalanes’ as a daytrip. It is the region south of Quillan against the Spanish border. You can explore this region best by taking a trip with ‘Le Train jaune’. The ride on this train is special because of the large height differences (1200m), the beautiful views and the world famous places you will encounter along the way. Every year 400,000 tourists use this train that travels at a mere speed of just 30 km / h over a track of 63 km and can accommodate up to almost 300 passengers. In the summer there are open trainsets so you can enjoy the surroundings even more. You can buy tickets at one of the stations or on the train itself from the train conductor.

The Pyrenees are characterized by narrow valleys with steep slopes. The roads wind through the valleys. A different view appears after every bend. There are hardly any panoramic views due to driving in the narrow valleys.
In the middle of this area is a plateau, the Cerdagne. In this area everything is fairly flat and it has beautiful views. The small mountain villages are authentic and have not adapted to tourism. The mountain lakes and its associated nature is unspoilt.

Train jaune, from Villefranche to Latour

The yellow train, nicknamed the ‘yellow canary’, is painted in the colours of the Catalan flag: yellow with a red stripe. This train runs from Villefranche de Conflent to the southwest, towards Andorra. The terminus is Latour de Carol. The first section between Villefranche and Mont-Louis was built between 1903 and 1910, the second section up to Latour de Carol was completed in 1927. In Latour de Carol you can transfer to the train to Toulouse or Barcelona.

The most impressive part of the route is when it rides through the eastern part of the journey. The train travels through narrow valleys and has to bridge large differences in height. When it arrives on the plateau of the Cerdagne, a flatter route follows.

The origin of the Train jaune

Differences in altitude in the mountains

Building a railway in the Pyrenees is not easy. There is a height difference of almost 1200 m in total. In some places the track is therefore very steep. An adapted rail had to be placed so that an increase of 6% could be managed. Villefranche de Conflent is located at an altitude of 427 m. The highest point is in the mountain village of Bolquère, which is 1593 m high. This is also the highest train station in France. The Latour de Carol terminus is at an altitude of 1232m.

Construction works along the railway track

Many structures, 650 in total, had to be constructed: 19 tunnels and various bridges. Some tunnels are over 300 m long. There are 2 bridges that are particularly striking:

In those days, the construction of these bridges was a great achievement in the field of engineering.

Stations of the Train jaune

During the 3-hour journey, the Train jaune runs past more than 20 stations. There is a stop at every station and you have the option to get off. You can explore the village and board the next train that passes by to continue your journey. Some stations are the following:

In 2008, Vauban's 12 most important works were placed on the Unesco World Heritage List. Mont-Louis and Villefranche de Conflent are among these 12. The Train jaune may also be added to the World Heritage List in the future. The application is pending.